Notts County manager Kevin Nolan has called for supporters to ‘pack Meadow Lane to the rafters’ next Friday night as attentions turn to the Magpies’ all-important play-off semi-final second leg.

The first instalment of Notts’ end-of-season showdown saw them draw 1-1 at Coventry City’s Ricoh Arena, where they were backed by more than 2,500 supporters in an overall attendance topping 17,000.

And Nolan has called for a similar crowd at Meadow Lane for what promises to be a blood-and-thunder tie with everything at stake.

“I thought the turn-out of our fans was absolutely amazing [at Coventry],” said the boss. “What we want now is for them to pack Meadow Lane to the rafters because we’re going to need them.

“Coventry are a very good side so we need bums on seats to get behind the lads.

“We’re dreaming of Wembley now and we need everyone to be on our side to help us realise that dream.” 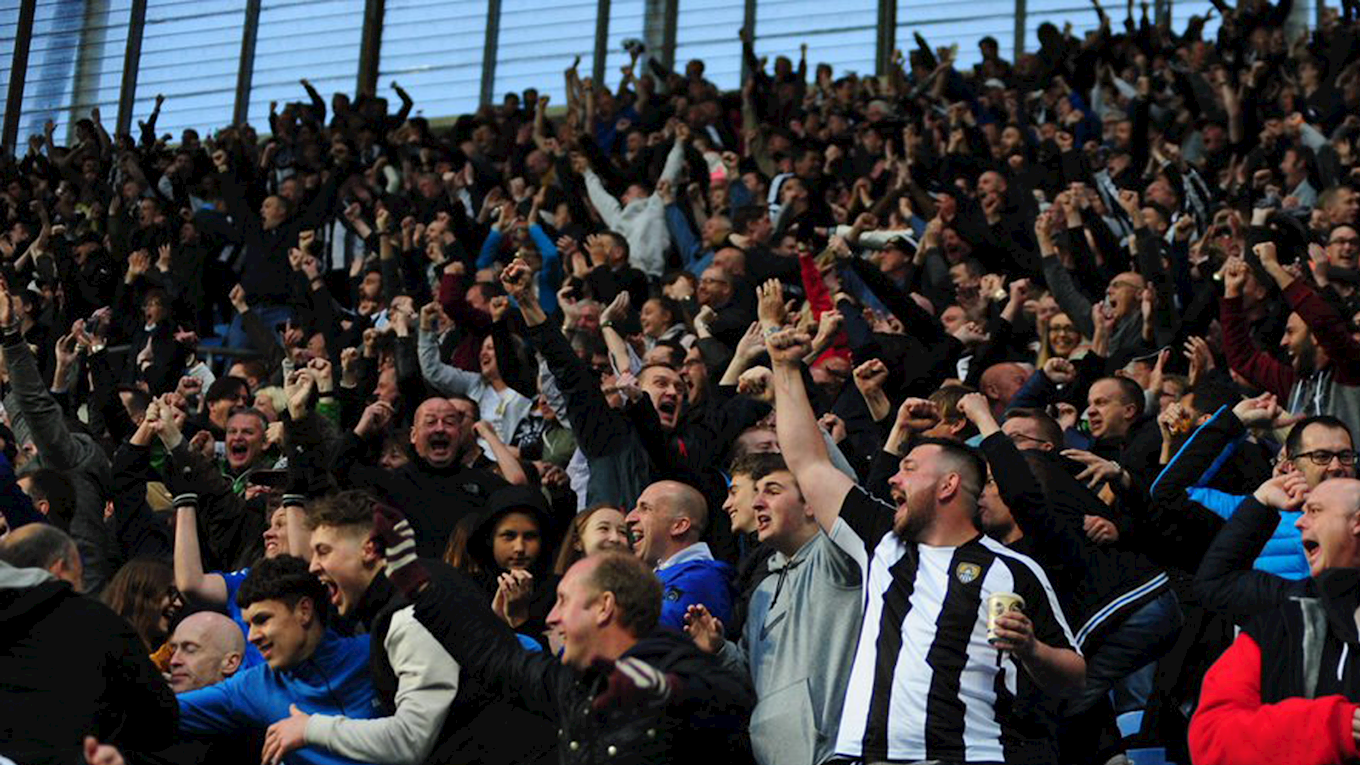 Notts will head into the match with extra fire in their belly after losing a 1-0 lead late on to a wrongly-awarded penalty.

But, despite the late injustice, Nolan was buoyed by what he saw from his team.

“It was a fantastic performance from our lads,” he said. “I thought they handled the occasion really well.

“We dealt with the treacherous weather conditions and were well worthy of the 1-0 and a clean sheet.

“If we were offered the chance to go back to Meadow Lane all square I think we’d have been more than happy to do that, but the way it’s happened makes it feel a bit more gutting.

“But the lads did themselves, Nottingham and Notts County proud.”

Tickets are selling fast for the home leg. Don’t miss out on the best seats – click here to secure yours.