Notts County manager Kevin Nolan said he was looking for an immediate response from his team after a 3-1 defeat at Chesterfield.

Goals from Sid Nelson and Zavon Hines put the Spireites two up at the break and, despite Dan Jones' goal against his former club halving the deficit, the hosts sealed victory in the last minute of stoppage time as Kristian Dennis converted from the penalty spot.

And Nolan was keen to see his players move on from the defeat as quickly as possible with seven games remaining in the Sky Bet League Two season.

"We have had a fantastic season and the bigger picture is that we are still in a fantastic position," he said.

"What we have to do now is make sure we go back to being ourselves as soon as possible - we have seven games to respond.

"Over 39 games so far this season these lads have shown why they deserve to be where they are in the table and I am hoping today is a blip.

"I am looking for a response right away and, if we get that, we will be okay." 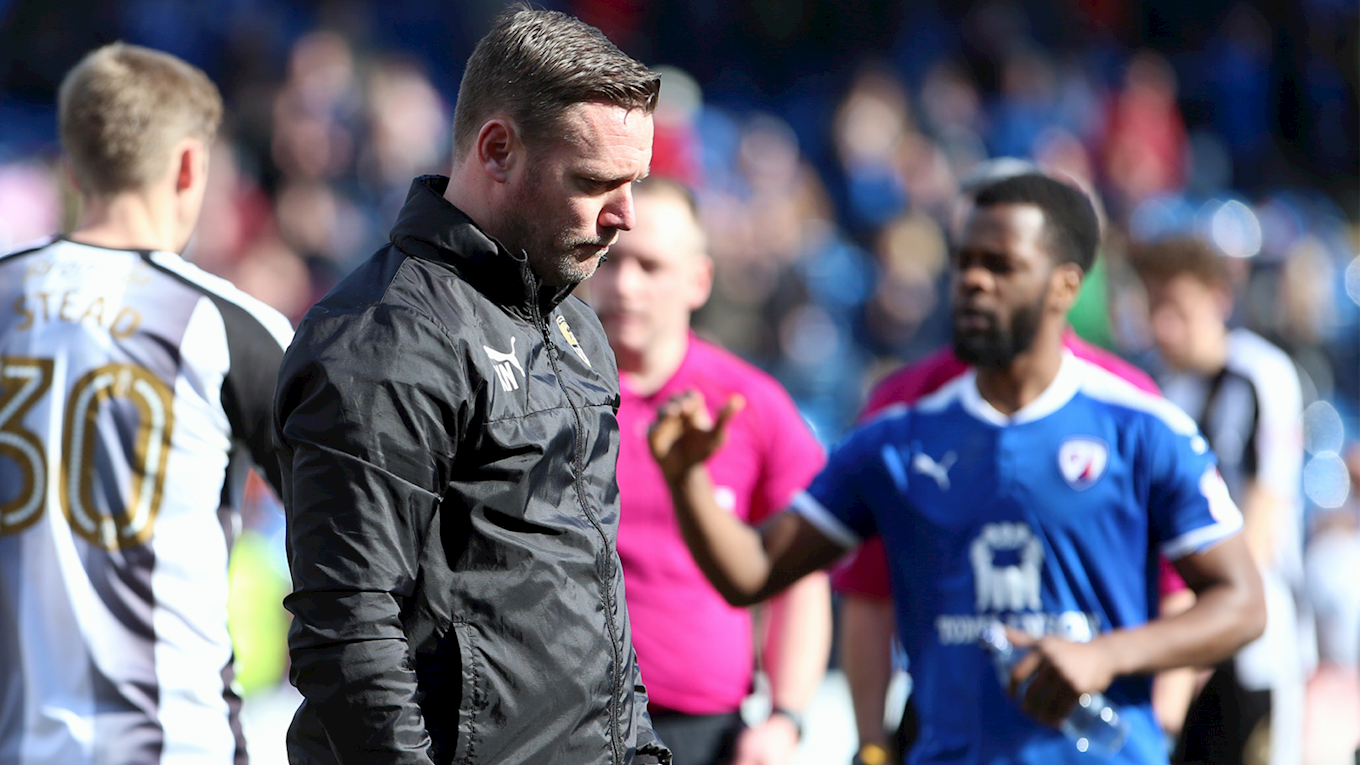 However, the manager did admit that his side were deservedly beaten on the day.

"We can't cover it up, Chesterfield were better than us today," he said.

"They worked harder, they did the nastier things out of possession really well and they kept it a lot better in possession.

"They got their just rewards and, fair play to them, they were the better team so I have no complaints with the result.

"We were way below our standards and what we are about."