Kevin Nolan was pleased with what he saw from his team following the 1-1 draw with Cheltenham Town.

Terry Hawkridge gave Notts the lead late in the first half with his second goal of the season but Notts were pegged back by Joe Morrell's deflected effort and had to settle for a share of the spoils.

Nonetheless, the manager was pleased to see his side's improved creativity in front of goal and their grittiness to grind out a point.

"You know they are going to throw everything at you in the second half," he said. "They changed system because of how well we have done.

"I am disappointed with the goal because it was a scrappy one to concede, taking a deflection and sending Adam Collin the wrong way.

"It's a great point and I am delighted with it but I feel we should have had three. The good thing is that we are creating chances whereas we weren't a few weeks ago.

"We looked back to old selves, we have created very good chances and their goalkeeper has pulled off a couple of good saves but we have to be more clinical and that has been the difference tonight." 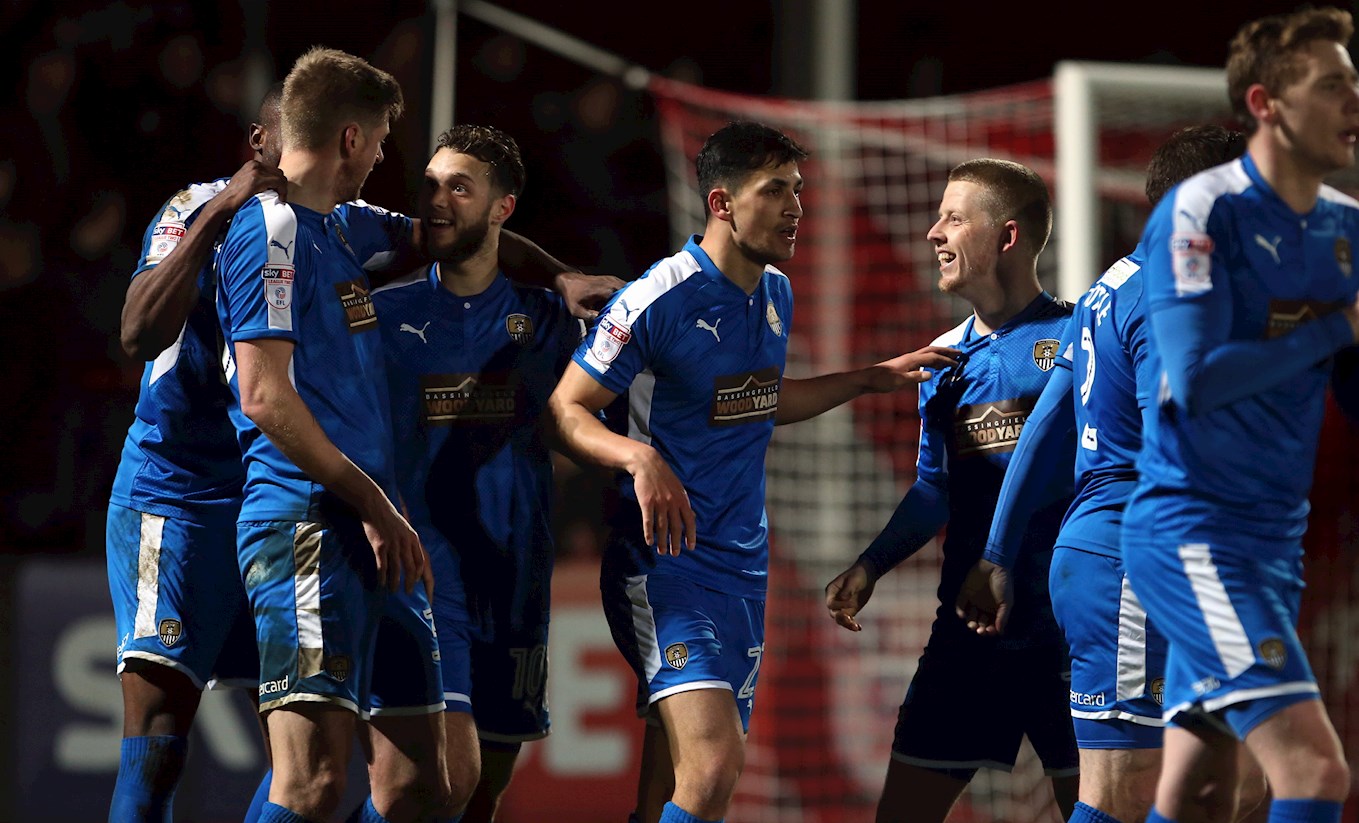 Nolan was pleased to see Hawkridge on the scoresheet for the first time since mid-September but rued missed opportunities later on which could have seen Notts come away from Gloucestershire with a first away win since Boxing Day.

"It's been while for him and Terry has had to bide his time because of the quality we have in the squad," said the manager.

"He has worked hard and played fantastically well against Stevenage last week and he has put another great performance in tonight.

"It was a fantastic finish and a fantastic goal but unfortunately we couldn't add to it with the fantastic chances we created."