Terry Hawkridge's goal wasn't enough for Notts County to beat Cheltenham Town as the sides played out a 1-1 draw at the LCI Rail Stadium.

The winger struck late on in the opening period, firing through a crowded penalty area after collecting Jon Stead's pass for his second of the season.

But it was not enough to secure a first win on the road since Boxing Day for the Magpies as Joe Morrell's deflected effort rescued a point for the spirited hosts, who put Notts under siege late on.

Manager Kevin Nolan made one change from the side which started the 2-0 win against Stevenage last time out as Jorge Grant, who came off the bench to score in that game, was restored to the starting line-up as Lewis Alessandra dropped to the bench.

Kevin Dawson sent an early overhead kick wide for the hosts while Stead's low cross flashed through a crowded penalty area with no touch to turn it home.

At the other end, Cheltenham's 18-goal striker Mohamed Eisa spun away from Matt Tootle and sent a low effort well wide of Adam Collin's goal before rolling a shot harmlessly at the goalkeeper from 20 yards.

Notts thought they should have had a penalty when Stead latched onto Taylor Moore's underhit backpass and took the ball past Scott Flinders before being brought down by the Cheltenham goalkeeper.

However, despite vociferous protests, referee Graham Horwood consulted with his assistant before waving away the appeals for a spot-kick to the fury of the Magpies.

Stead almost found the back of the net shortly afterwards, haring away from his marker to get on the end of a quick free-kick but his shot was deflected away from danger.

It looked as though the half would end goalless but more tireless work from Stead led to the opening goal three minutes before the break.

The striker got the better of Jamie Grimes down the Notts left and his pass found Hawkridge in space, allowing the winger to take a touch and slam into the net through a crowd of bodies. 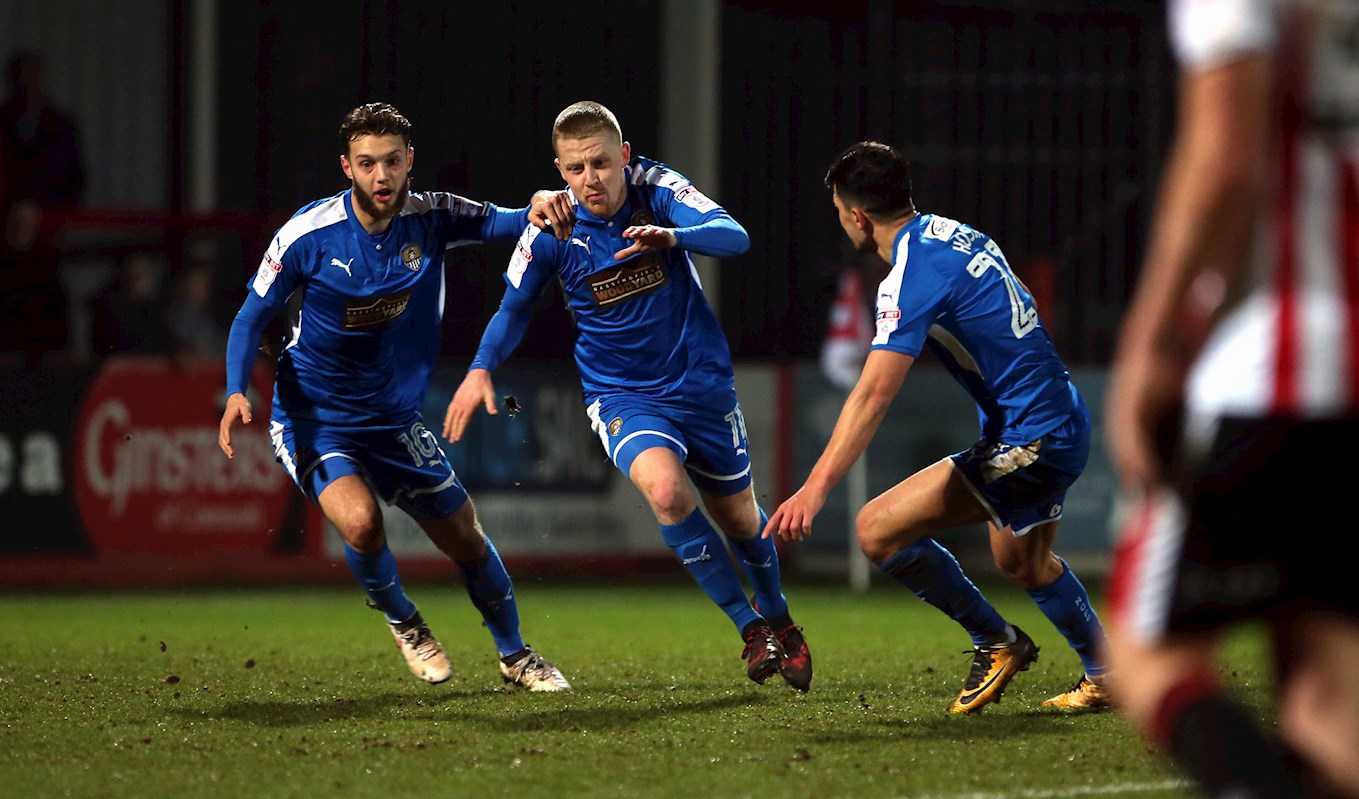 Looking to change the flow of the game, Cheltenham boss Gary Johnson made a double substitution at half-time, bringing on Brian Graham and Joe Rodon in place of Moore and Ilias Chatzitheodoridis.

But it was Notts who began the second half the better as Grant ran half the length of the pitch and exchanged passes with Shola Ameobi but the midfielder was stretching to get an effort in and it was gathered by Flinders at the second attempt.

Another cross by Stead caused mayhem at the back for the Robins and a home defender came within inches of putting through his own net, instead conceding a corner. From that set-piece, Ameobi met Carl Dickinson's delivery at the back post but only found the side-netting.

Collin had done well to save a fierce effort from Winchester with his legs but there was little the goalkeeper could do to prevent the equaliser on 67 minutes.

Morrell took aim from 20 yards and, with the aid of a deflection from Ben Hall's boot, his shot crept into the back of the net to bring Cheltenham back on level terms.

Substitute Graham then rolled a shot wide and then Matt Tootle was forced to clear off the line after County failed to deal with a cross as the Robins went in search of a winning goal.

Graham almost took advantage of some indecision at the back from Notts between Hall and Collin but put his effort straight at the goalkeeper from close range with Eisa hammering the rebound high over the bar.

Eisa bent a free-kick inches wide of the target from 20 yards out while Jonathan Forte, Liam Noble and Alan Smith all came off the bench as Nolan shuffled the pack.

Forte came close to finding a winner, hooking on a Noble pass but his effort landed on the roof of the net before the game entered five minutes of stoppage time.

Neither side could find a breakthrough, however, and the points were shared.