Notts County make the short trip to Chesterfield looking to stick with the pacesetters for the automatic promotion places in Sky Bet League Two.

With the Magpies not playing until Sunday in front of the Sky Sports cameras, the likes of Luton, Wycombe, Mansfield and Exeter have an opportunity to put the pressure on with positive results on Saturday afternoon.

However, County are in good form having taken eight points from their last four league outings and their most recent trip away from Meadow Lane, a 2-1 win at Forest Green Rovers, brought a first victory on the road since Boxing Day.

Chesterfield, meanwhile, are in need of victory for very different reasons.

The Spireites are six points adrift of safety before the weekend's action and not even the appointment of club legend Jack Lester has been able to see them clamber away from trouble.

But they have taken the scalps of Luton Town and Swindon Town on their own turf since the turn of the year so the Magpies will have to be wary of falling foul of another upset.

"Chesterfield have had some good results and beaten some good sides," he said.

"They're fighting for their league status and will do everything they can to make sure they don't go down so I am expecting a tough game." 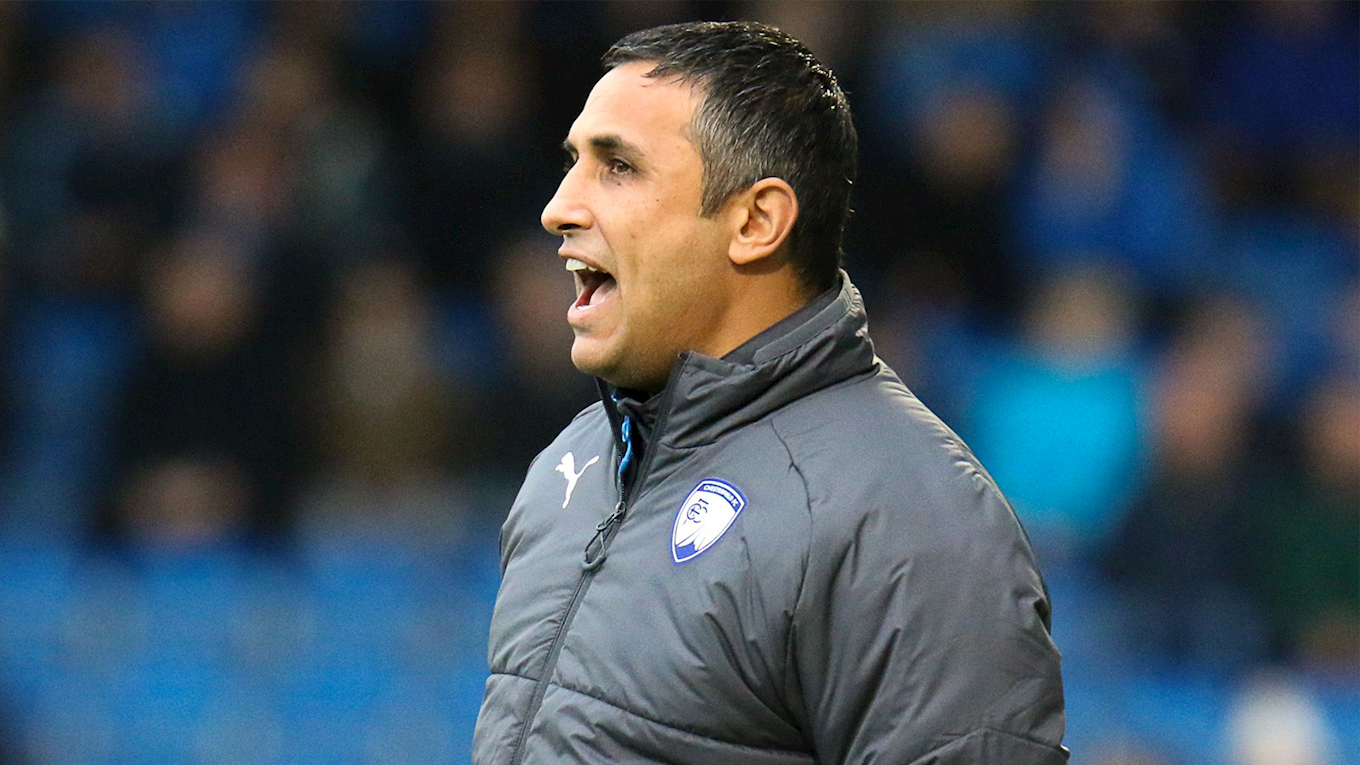 "Notts County are a good side, they have a lot of experience and look to get their front players involved as much as they can.

“There’s something about playing in a game that’s live on TV. I hope the players are excited about it.”

Notts will be without defender Ben Hall and midfielder Liam Walker, who are both away on international duty with Northern Ireland and Gibraltar respectively.

The hosts, meanwhile, are boosted by the return of midfielder Louis Reed but the game comes too soon for veteran defender Ian Evatt to take part.

Kristian Dennis is key to the Spireites' hopes of staying in the EFL and has been their main source of goals this season.

With 15 goals in Sky Bet League Two, the striker has accounted for 40% of the Derbyshire side's tally.

It is a similar tale to last season, when the frontman bagged 10 in 42 games but could not prevent relegation from League One.

The 28-year-old almost left the Proact Stadium on deadline day in January with a move to Bradford City all-but-confirmed.

However, the deal fell through and, with it, Chesterfield's chances of survival increased exponentially.

Notts' last visit to the Proact Stadium came in September 2014 when strikes from Blair Adams and Georg Margreitter meant the points were shared.

October 2011 was when County last won away to the Spireites thanks to an own goal from Drew Talbot to go with earlier efforts from Ben Burgess and Alan Judge.

The previous meeting between the sides earlier in the season saw the Magpies register their first win of the season thanks to Jorge Grant's brace.

Sky Bet have priced Notts up as 11/10 favourites to pick up a second consecutive away win with the hosts rated at 12/5 and the draw 23/10.

Jorge Grant proved to be the matchwinner when the teams met back in August and the midfielder scoring first in another 2-0 win for County is 25/1 in the scorecast market.

Notts are 28/1 to come from behind at half-time and win the game, 10/3 to win with both teams scoring in the game or 5/2 to win and keep a clean sheet at the Proact.