Notts County midfielder Jorge Grant says he enjoyed the pressure put on him to rediscover his scoring form.

The Nottingham Forest loanee came off the bench to net the opening goal in last weekend’s victory over Stevenage – his first since his all-important equaliser at Lincoln in mid-January.

And Grant says he relished the prolonged hunt for his 18th goal of the season.

“I like pressure,” he said. “I want people to be on at me and wanting me to do things more and more. It makes you thrive.

“It’s not often that a winger will score as many as I have already this season. It’s gone better than I expected. I set myself targets and I’ve nearly reached both of them in terms of goals and assists.

“I still think I can improve. I’ve been inconsistent recently, but before that I was happy with my performances.

“I’ve developed here massively. I am much more mature off the pitch as well as on it.” 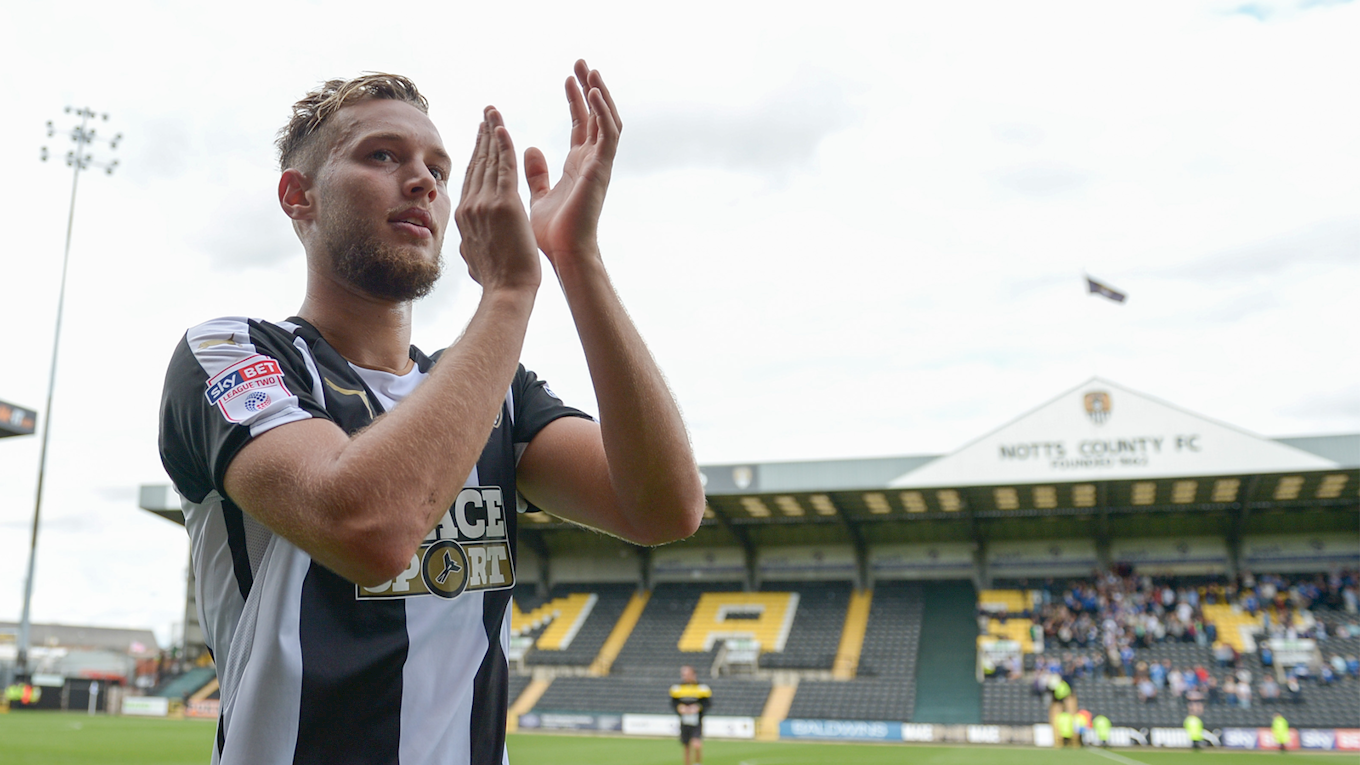 Grant will have to wait until next Tuesday to see if he can net in consecutive matches after Notts’ trip to Cheltenham was pushed back due to the recent poor weather.

But the 23-year-old says he and his team-mates will be ready to roll when the rearranged fixture comes around – despite some treacherous driving conditions.

“Training has been normal,” he said. “A couple of lads haven’t been able to get in but a lot of work has been put in to make sure we are ready.

“I live near Top Valley and drove to Mapperley to pick up Rob Milsom because he couldn’t get out of his drive. I collected him from the main road and still nearly crashed!

“A few of the lads live near each other and shared lifts in. It’s just snow and you have to get on with it as best you can.”