Notts County supporters have voted Elliott Hewitt as their February Player of the Month.

The versatile Welshman continues to prove himself as a key cog in Notts' wheel and enjoyed another fine month in the black and white.

Hewitt went into February without a home goal to his name this season but soon banished that record, scoring twice in the 4-1 victory against Crewe to the delight of more than 17,000 spectators.

He pipped Jon Stead, Noor Husin and Ben Hall to the accolade.

Supporter Graham Hines has been randomly selected from those who voted for Hewitt to present the player with his prize and receive one of his match-worn shirts.

Notts' February Player of the Month award is brought to you by shirt sponsor the Senator Group and the Botanist Bar in West Bridgford. 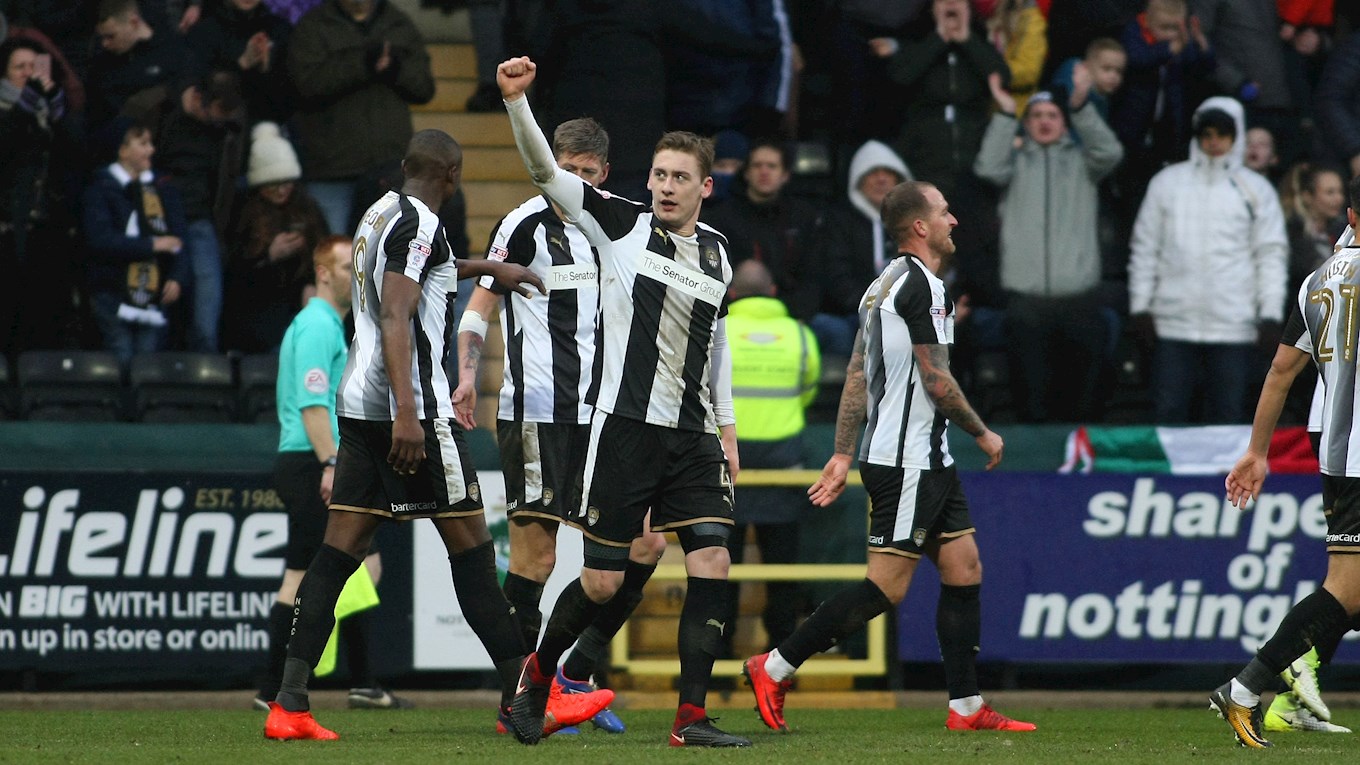