Notts County have agreed to sign young Manchester City midfielder Will Patching when his contract expires on 1 July.

The 19-year-old, who first joined City at Under 6 level, has signed a two-year deal at Meadow Lane.

And Patching, a former England youth player, says he is ready to take his first steps away from the Etihad to prove himself in men’s football.

“I’ve never had an experience like this before,” he said. “I’m looking forward to it.

“I love having the ball at my feet and I can chip in with assists and like scoring goals, but I can play in a deeper holding position as well.

“I enjoy set pieces, too. I do a lot of work on them so hopefully I can score a few here.”

Patching says Samir Nasri was the player who most inspired him during his lengthy spell at City.

And he’s now looking forward to working under another man who enjoyed a glittering career as a midfielder in the Premier League.

“I can’t wait to work under Kevin Nolan,” said Patching. “He’s got good attributes as a manager and he played in my position, so he can help me with a lot of things I need to work on.

“Hopefully I can go on to have a career like his.” 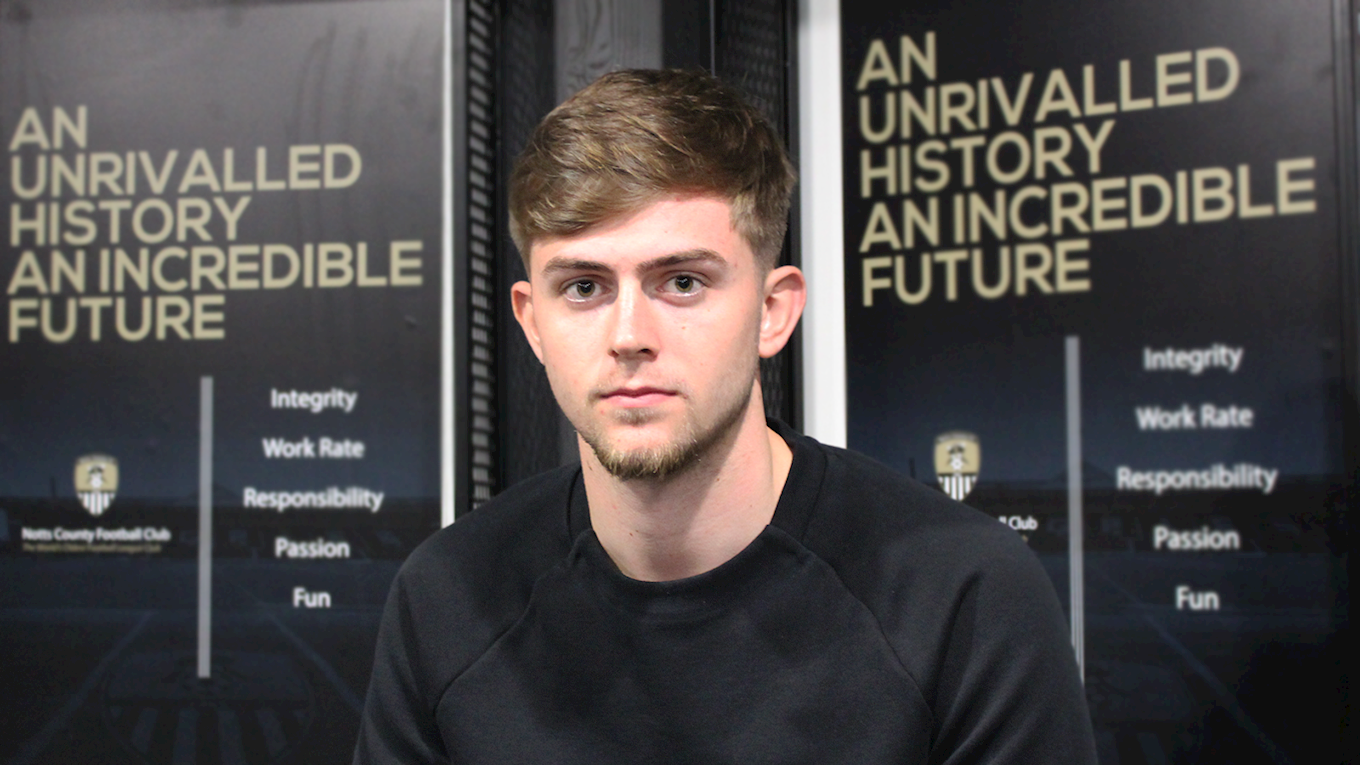 Notts assistant manager Richard Thomas added that Patching’s obvious desire to play for the Magpies was a major factor in the club’s decision to sign him.

“It’s not very often that such a talented young Premier League player is not only available to us, but wants to come here,” said Thomas. “You’ve got to value that – it’s an enormous thing.

“Leaving such a big club, it says a lot about his character that he’s prepared to prove his worth in League Two and work his way back to where he believes he should be playing. You’ve got to respect that.

“As a collective – management team and board – we felt this was an opportunity that shouldn’t be overlooked.”

Thomas, who has plenty of experience coaching young players, believes Patching’s development will be a very ‘interesting and exciting project’ for the manager, himself and the staff.

“No doubt, the work he’ll have been doing at City will have been at a very high level,” said Thomas. “You can see that in his play – he’s intelligent and technically very able. He can do a number of different jobs in midfield and he can certainly create.

“If we can give him a dose of realism in terms of what’s required at different levels of the game, he’ll have the whole package.

“But there’s certainly no rush. This is something of a medium – long-term project.

“We’re not looking for him to be brilliant by January – he’s a player for the future of the club. He needs time and patience – we’re not putting him under any pressure to produce immediately.

“He just needs to be able to channel his ability in the right way and achieve consistent performances.

“Then, who knows where he can take himself?”

Patching has signed up for the new campaign. Have you? Click here for 2018-19 season ticket details.