Notts County manager Kevin Nolan says this weekend presents every player in his squad with a chance to earn a starting berth against Colchester.

The first team travel to Luton Town on Saturday, while some senior players are also expected to feature at Carlton Town (also Saturday, 3pm), as Nolan’s men round off their pre-season preparations.

And, with the boss a true believer in the saying ‘anything can happen in football’, he says Saturday is a huge opportunity for all his players.

“There’s still plenty to play for,” said Nolan. “I don’t know what’s going to happen between now and next week.

“Football changes minute-by-minute, hour-by-hour. This will be a massive 90 minutes for them.

“I’ve told everyone to be selfish to make sure they’re ready come Saturday week because they never know, they could get that call.” 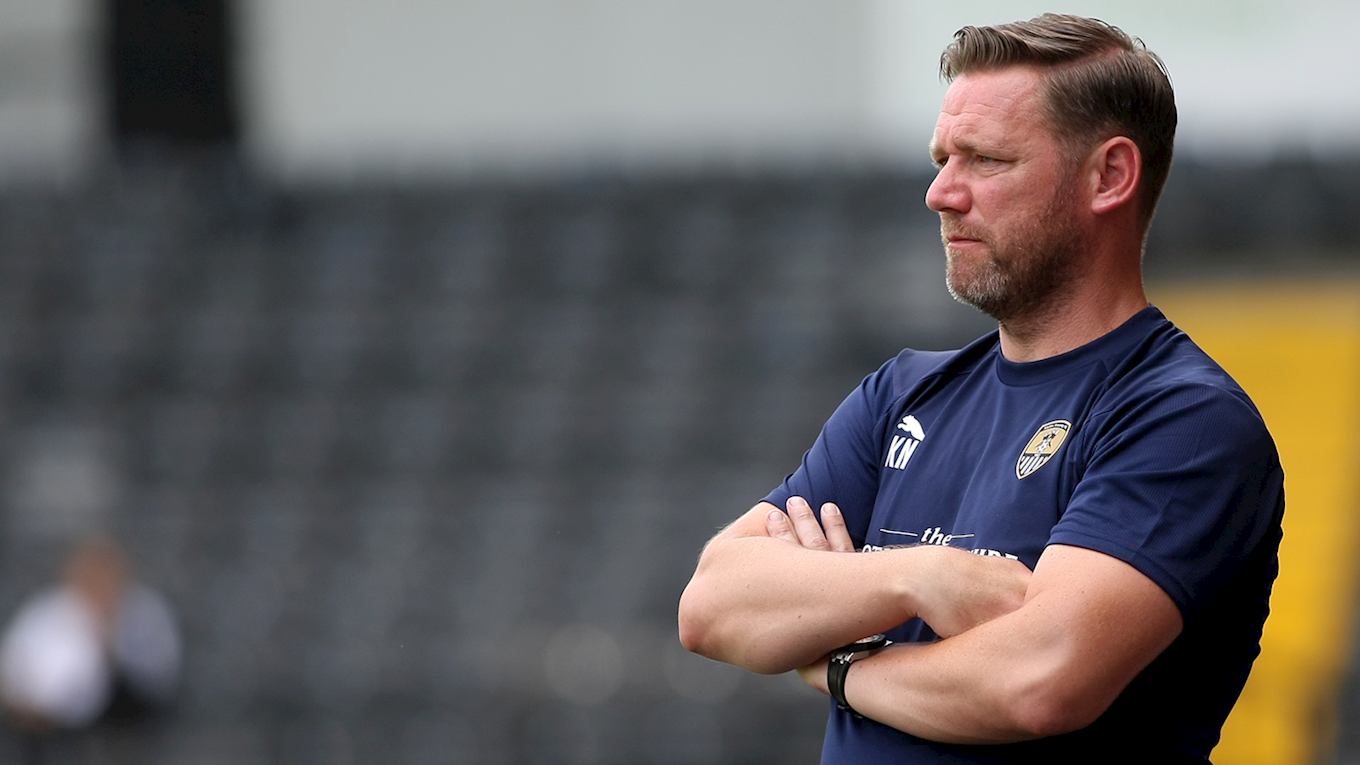 Andy Kellett and Branislav Pindroch are Nolan’s only two injury concerns, with Will Patching expected to play a ‘low-key role’ this Saturday having trained fully for the last 10 days.

Christian Oxlade-Chamberlain, meanwhile, will join up with the Magpies from Monday after continuing treatment for a broken leg with Portsmouth.

The full back, whose Meadow Lane move will officially go through on 1 August, will continue his rehab with Notts’ medical staff next week.

“His rehab programme is going to take a while,” said Nolan. “But it’ll give him some time to get to know the lads and what we’re about.

“I think he was very pleasantly surprised with how we do things when he came over to sign.

“I’m really looking forward to getting him in the building and working with someone we believe to be another very good prospect for the club.”

Luton ticket details can be found here, while admission at Carlton Town will be priced £6 adults, £4 concessions and £2 children.