The Magpies have enjoyed a dominant start to pre-season, comfortably beating a Rolls Royce Leisure Select XI and Basford United.

But the Rams are sure to pose a very different challenge this weekend.

“We know we’re going to be without the ball for a bit because of the quality of the opposition,” said Nolan. “This game will give us the opportunity to work on and engrain a few different tactics.

“What we’ll see this season, and possibly on Saturday, is people getting us out with a run, using their pace, speed and athleticism. We’ve got some lightning quick players this year so we can turn defence into attack quite quickly.

“It’s very exciting but we’ve got to make sure we build from good shape. At the minute that’s what we’re going through – every day the lads are being drip-fed more information so, when we come to 4 August, everyone is clear in their minds as to what’s expected of them.

“There’s lots still to work on but so far, so good.” 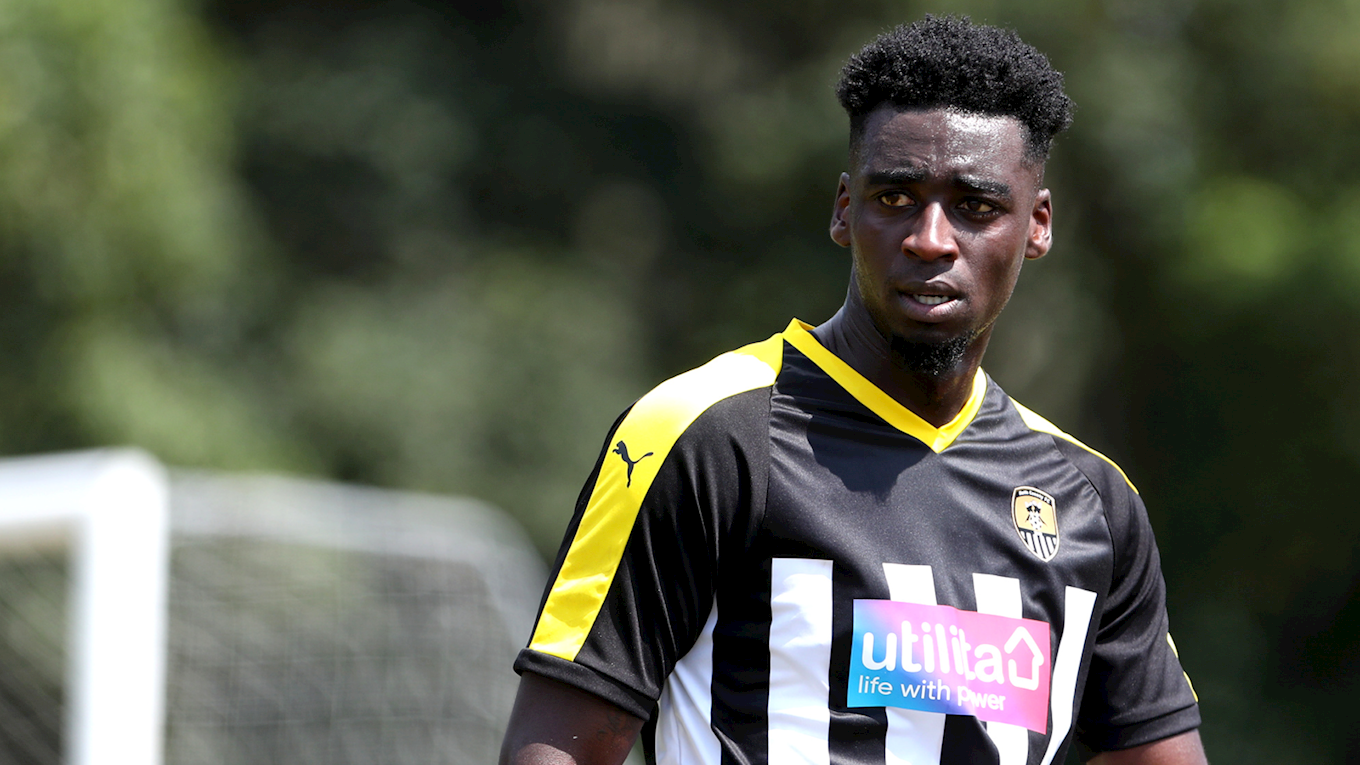 Unlike in Notts’ previous friendlies, Nolan will not field two separate sides. The ‘majority’, he says, will play 60-70 minutes.

While unlikely to start, summer signing Kane Hemmings is set to make his first appearance in the black-and-white.

And he’ll be hoping to impress not only his own boss, but the brand-new incumbent of Derby County’s dugout.

Frank Lampard will make his managerial bow at Meadow Lane and Nolan is excited to resume rivalries with his former Premier League opponent.

“I’m really looking forward to pitting my wits against Frank on Saturday,” said Nolan. “I think he’ll prosper – he’s a determined character, which you could see from him as a player.

“He seems to be assembling a good backroom staff and as long as they’re on the same hymn sheet, I’m sure he’ll be fine.

“Hats off to him – I’m delighted probably the most decorated midfielder in English football is taking the plunge into management.

“I was lucky to share pitches with him and hopefully this will be the first of many head-to-heads we have as managers.

“I wish him all the success.”

Supporters have until 7pm to secure discount when purchasing tickets for the friendly matches against Derby County and Leicester City. Click here for more information.