Notts County manager Kevin Nolan says what he loves most about Jorge Grant is his determination to improve.

It was recently confirmed that the Nottingham Forest midfielder would be remaining at Meadow Lane for the duration of his season-long loan spell.

And Nolan is delighted he’ll be able to continue to work with the 23-year-old in the second half of the campaign.

“If you look at Jorge’s development with us in a year, it’s been unbelievable,” said the manager. “No-one can take the number of goals he’s scored away from him.

“But he knows he’s got to get a lot better at other things and that’s what I love about him. He always wants to learn.

“I was absolutely delighted Nottingham Forest decided to let him develop here and I can’t thank them enough for that. Everybody over there has been absolutely superb in all the discussions and now it’s all about making sure we do the best we can for Jorge so he goes back in the best possible shape.” 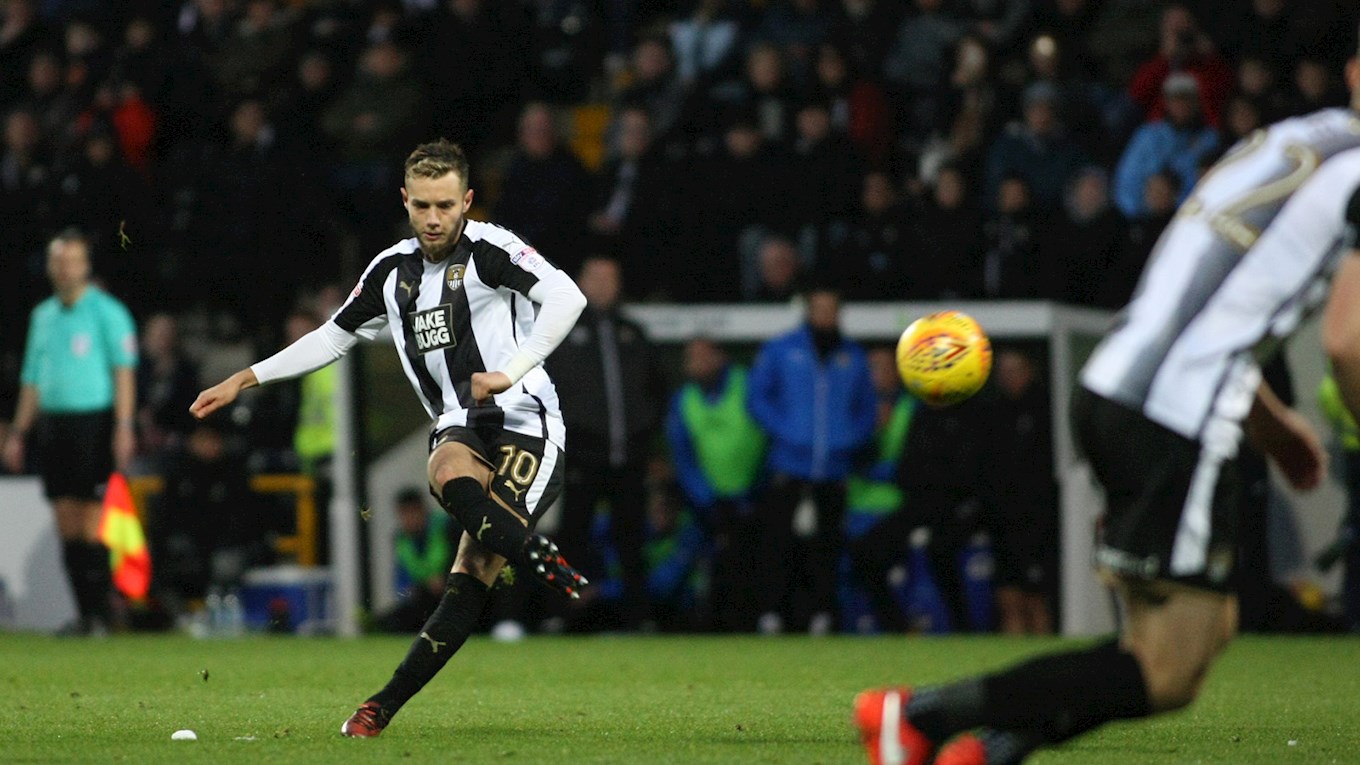 Grant will be hoping to add to his 17-goal tally when the Magpies welcome fellow promotion hopefuls Exeter City to Meadow Lane on Saturday.

Notts beat the Grecians 3-0 in the reverse fixture and Nolan believes that result – against the then-league leaders – helped establish his group as serious contenders at the top of Sky Bet League Two.

“It gave the lads a bit more belief,” said Nolan. “It showed we can be a match for anyone when we go somewhere and produce the performance we did that night. For me, it’s up there as one of the best this season.

“But they’re a good footballing side who try and do it the right way. It’s going to be a tough one, but it’s one I’m looking forward to - especially after last week, which wasn’t one for the purists, so to speak!

“I hope this match will be a lot easier on the eye and we can find the form we’ve been showing in games like Brentford and Port Vale to continue this unbeaten run for as long as we can.”