Kevin Nolan is excited at the prospect of his side challenging themselves against Championship opposition when they face Brentford this weekend in the third round of the Emirates FA Cup.

The Magpies' reward for overcoming Bristol Rovers and Oxford City in rounds one and two is a trip to Griffin Park and the Notts boss wants his team to enjoy the occasion.

"It's a fantastic tie for all of our lads to pit themselves against players from a couple of leagues above," he said. "The pressure is all on Brentford to get into the next round because they are at home.

"Our lads can go there with an air of confidence because of what they have done so far this season.

"We know it will not be easy and we will have to ride our luck. Their quality will shine through at some point and it's about how we handle that.

"They have a good squad and Dean Smith has done a really good job there. I'm looking forward to pitting my wits against a Championship manager for the first time in my career.

"I always fancy our chances - you have to. We will go there and respect Brentford and what Dean is doing with how they play.

"They have a lot of good quality players but we are not going there to roll over - we will go there and have a go to try and cause an upset." 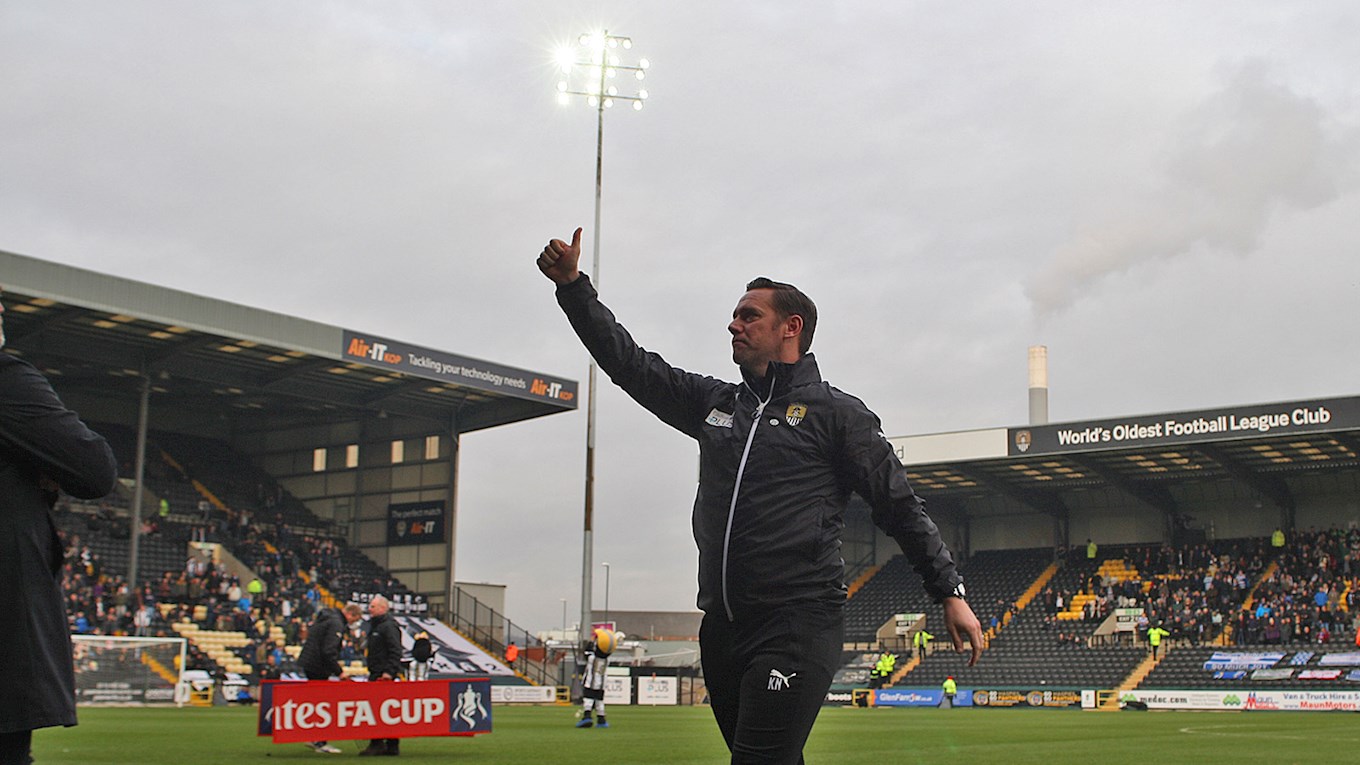 Nolan says the opposition represent something for Notts to aspire to after the Bees progressed from League Two nine years ago to now being recognised as an established name in the second tier.

"Brentford have established themselves in the Championship and they have got there through hard work and everyone pulling in the right direction," said the manager.

"They are the type of club we should be looking at and trying to emulate because they have come from the lower divisions to do it.

"But we are only at the start of our journey, whereas they have been on theirs for a while.

"For me, it's about ensuring we go there, give a good account of ourselves and come back knowing we left everything on the field.