Kevin Nolan described himself as "immensely proud" of his players after the 1-1 draw with Swansea City in the fourth round of the Emirates FA Cup.

Jon Stead's goal, his sixth in as many games, earned Notts a replay which was fully-deserved after winger Luciano Narsingh put the Swans ahead in the closing stages of the opening period.

And the manager was thrilled with his players for securing a draw against the Premier League outfit.

"I'm absolutely delighted and immensely proud," he said. "We got we deserved and made the better chances throughout the game.

"But against a Premier League team they only need half a chance and it's in the back of the net and that showed today.

"We were really good in the first half but all it took was one slip and we were 1-0 down.

"The reaction after the break was fantastic and we had some excellent opportunities both before and after our goal."

"The way the players have performed today is a testament to what they are all about." 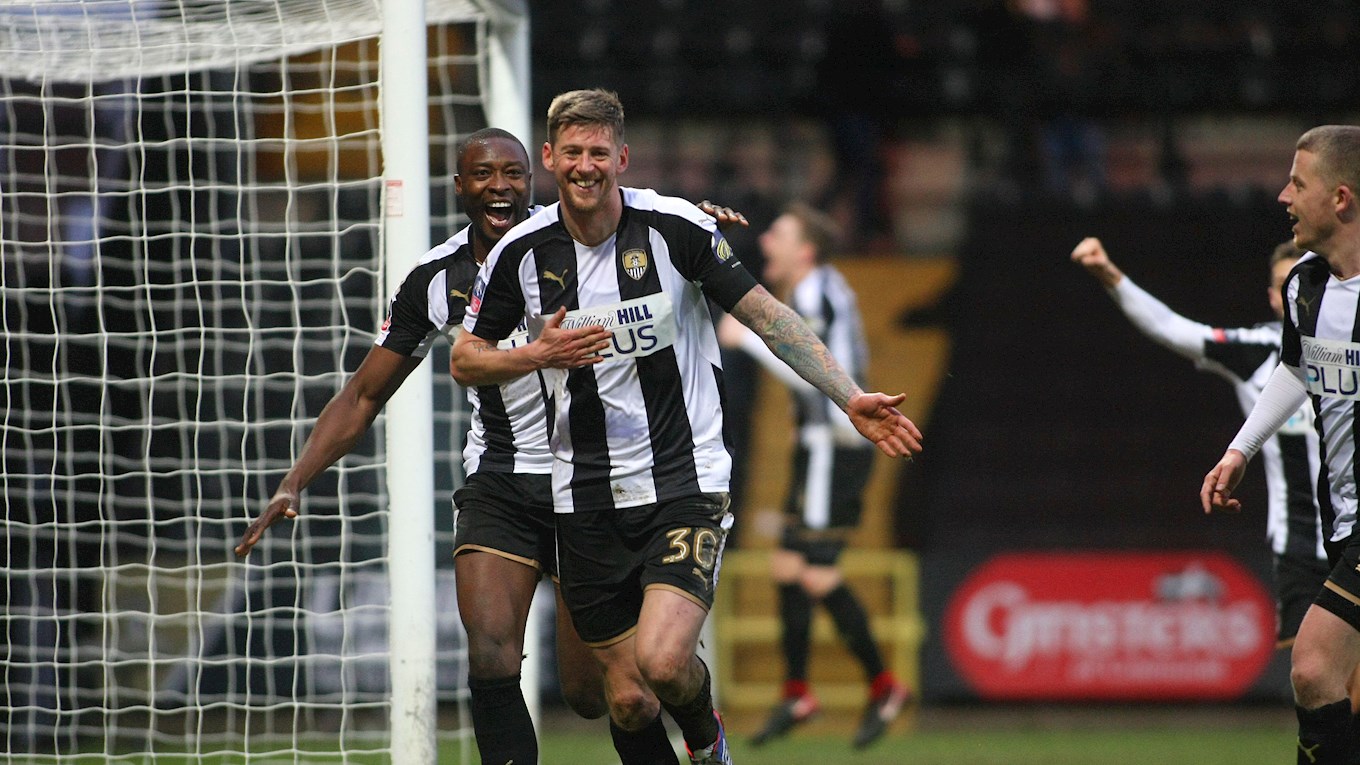 Stead's goal took his tally to 11 for the campaign and, after scoring in every game so far in 2018, the manager was delighted to see the striker's effort reap rewards.

"I spoke a month or so ago about Steady and said his contribution to our football was absolutely terrific," said Nolan.

"Now he is scoring the goals himself and that is why everyone is talking about him again.

"But he brings more than that to my team, he has been magnificent and one of our outstanding performers of the season so far and long may it continue.

"As long as he keeps rattling them in, I'm sure we'll keep moving in the right direction."