Kevin Nolan was left to rue a first-half to forget as Notts saw their unbeaten home run ended by Exeter City.

The Grecians were 2-0 up at the break thanks to goals from Jake Taylor and Jayden Stockley and, although Jon Stead halved the deficit with his fourth goal in as many games, the Magpies were unable to find an equalising goal.

"I'm disappointed with the first half. I think we showed Exeter and Jayden Stockley a bit too much respect - he's a good player and we told the lads about him before the game. We gave him too much time to play and they got a lot of knockdowns and second balls.

"In the second half we managed him better and it worked. But it can't take until half-time to get that message across. Sometimes they have to man-manage it themselves during the game and think 'We are 1-0 down so let's not go 2-0 down'.

"To leave Stockley one-on-one with Elliott Hewitt and then show him the respect to allow him to get the shot away was poor on our behalf but the lads are still learning and working hard.

"It's always disappointing when you lose but the reaction of the lads in the second half was fantastic. We totally outplayed Exeter and created a lot of opportunities but the ball didn't seem to fall for us or we didn't work the goalkeeper well enough." 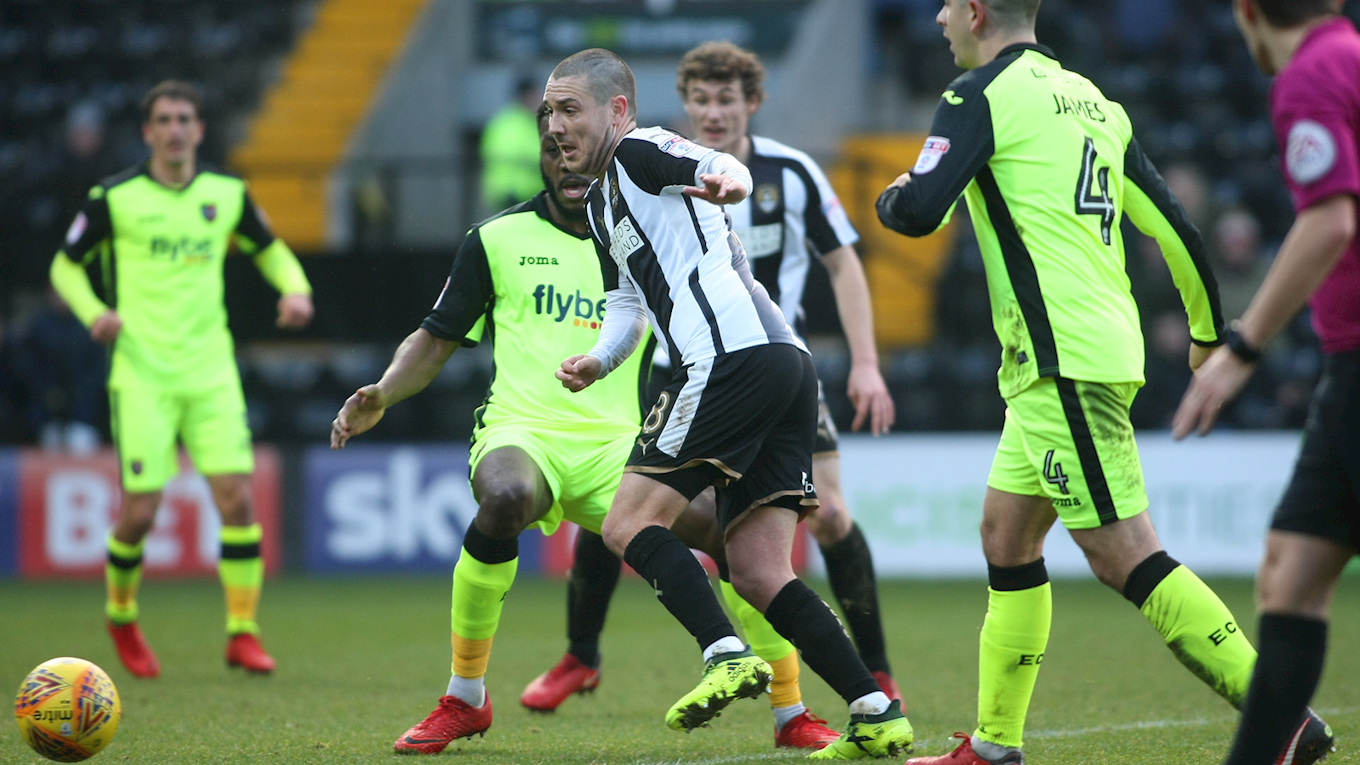 Nolan handed home debuts to Matty Virtue, Noor Husin and Liam Noble and he was pleased with what he saw from the trio.

"This is a team in transition with different types of players coming in who are finding their feet in the team," said the manager.

"We gave three home debuts today and I thought they all did terrifically well. I'm delighted with that and it's another positive for us.

"We played some wonderful stuff, some of the best under my tenure, but we didn't have the cutting edge at the end."