Liam Noble is relishing the opportunity to pull on the black and white stripes once more.

The midfielder agreed to rejoin the club in October, but has had to wait until this weekend's Emirates FA Cup tie at Brentford to be available for selection.

With the three-month hiatus now over, Noble is looking forward to being back in competitive action for the Magpies.

"It's been a long wait but an enjoyable one," he said. "The lads are a great bunch and they have made it easy for me - I have bedded in quite well.

"I played a game against Leicester recently and got 90 minutes under my belt so I'm feeling really good. I'm raring to go. Hopefully I can make the squad on Saturday.

"There will always be that question about my temperament and the red cards but last season I didn't get sent off and I played almost 50 games.

"My head is in the right place now. I have settled down family-wise and I am much more mature.

"But I still have the cutting edge, the bite and the fire to want to win, like any player does. I just know how to control it more." 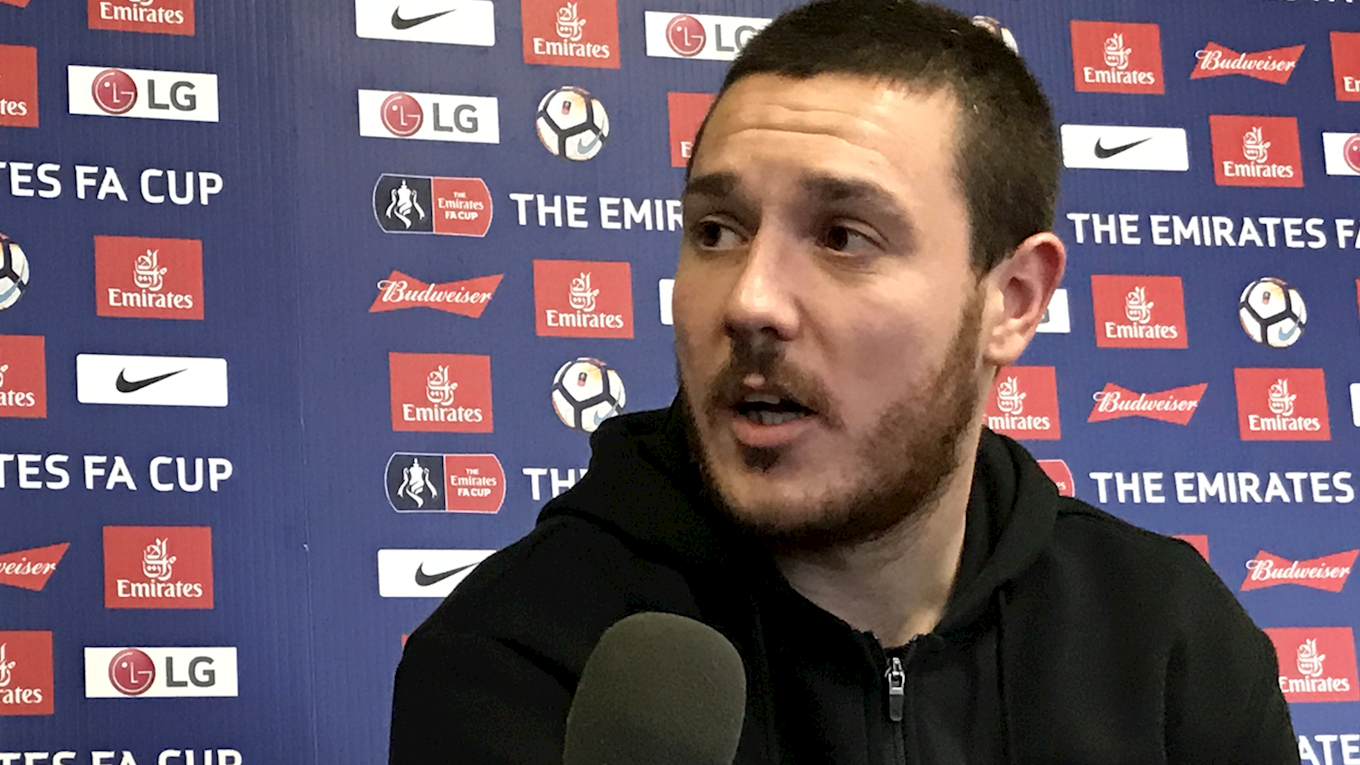 The 26-year-old says Notts have nothing to fear as they head to Griffin Park to face the Bees, who are 11th in the Championship table after a 3-0 defeat at Wolves in midweek brought an end to their three-game winning run.

"It's a good game to come back to," said the midfielder. "The lads have been flying and it's been enjoyable watching them over the last few months, so it's going to be hard for me to get into the team.

"Hopefully I can be involved and make an impact if I get the chance.

"Brentford are a good Championship side who are strong at home but we're in a good position ourselves with a good squad.

"It's a free hit for us but we want to go there and win to get into the next round."

Noble's away shirt is still available to sponsor. To enquire, please email simon.fotheringham@nottscountyfc.co.uk.