Richard Duffy is hoping to use this weekend’s game as an opportunity to put right Tuesday night’s defeat at Cambridge United.

The Magpies host Stevenage at Meadow Lane looking to get back to winning ways after falling to a narrow 1-0 defeat at the Abbey Stadium.

And the Notts captain believes being back on home turf will be a benefit after two successive away trips.

“Over the last 12 months our home form has been solid so it’s important to get back here and get points on the board again,” he said.

“It’s an important game after the disappointment of Tuesday but we have put that to bed now having looked back at the video. We’re looking forward to this weekend.

“We have got to stick together and do what we have been doing all season – I think we have gone away from that a little bit so we’ve had a good chat about it this week.

“It’s no good just sweeping it under the carpet. You can’t hide away from the fact that we lost the game - and it was disappointing - but we have to put it right.” 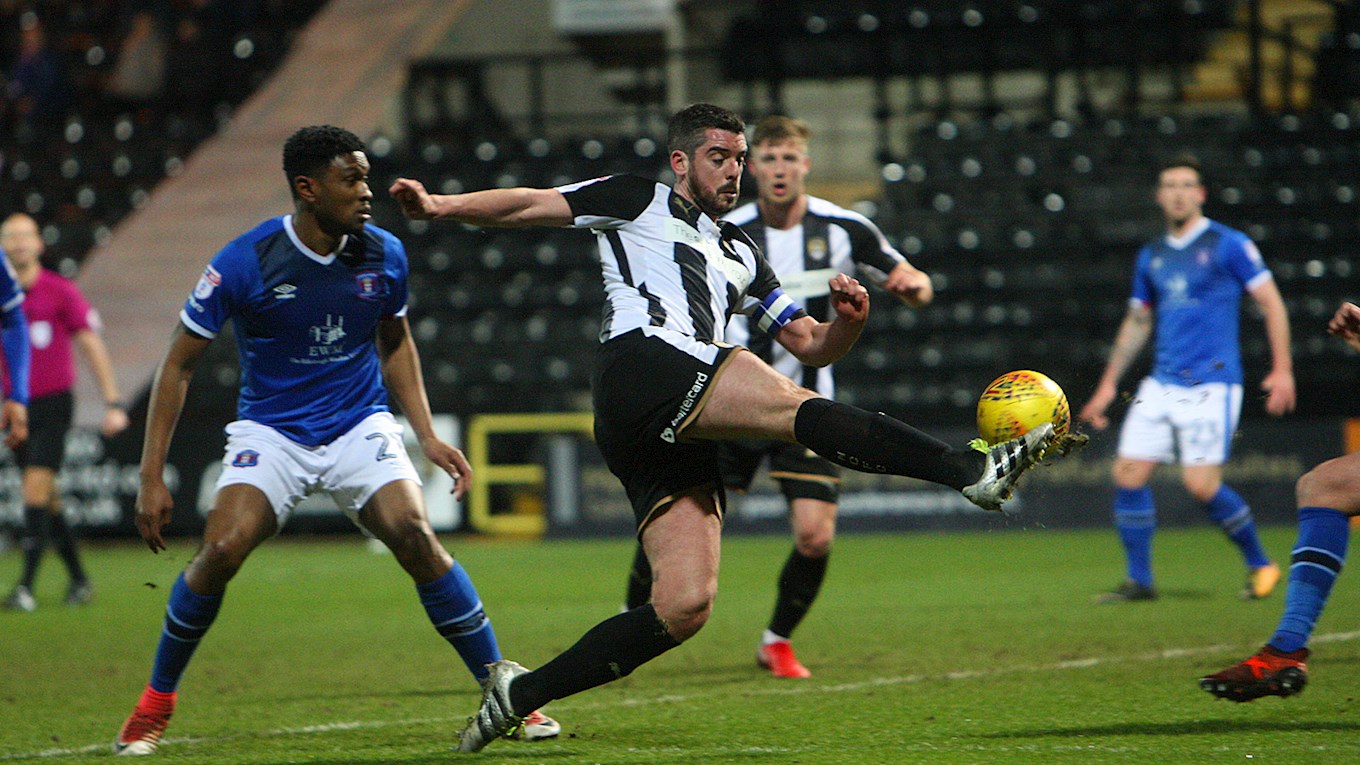 This time last year Notts were looking to clamber away from the Sky Bet League Two relegation zone, whereas now they are trying to force their way back into the automatic promotion places.

The defender said the club should relish their current position given their plight last season.

“I wouldn’t say there’s extra pressure,” he said. “It comes with the job.

“Last year was pressure when we were going out of the EFL sitting bottom of the table halfway through the season.

“When you’re at the top everyone is trying to beat you, whereas at the bottom you are fighting for your life. It’s a different kind of pressure.

“We have got to enjoy it. There aren’t many times in a career you come across the chance to be promoted.

"Some people never have the chance and others never do it.”