Carl Dickinson says clean sheets will be key for Notts between now and the end of the season.

The defender was recalled to the starting line-up for the game at Newport and helped Notts to register a first shut-out since the 1-0 win at Brentford on Saturday 6 January.

And he was pleased with the discipline the Magpies showed against the Exiles.

"It wasn't the prettiest of games to play in but we dealt with everything they threw at us really well," he said.

"We've got a point and clean sheet away from home so we will take that and now look forward to Cambridge on Tuesday.

"We need to make sure we keep as many clean sheets as possible in the final 13 games of the season because it will only help us.

"We have to make sure we keep our heads down, work as hard as possible and do the basics well. If we do that I am sure we will win more games than we lose." 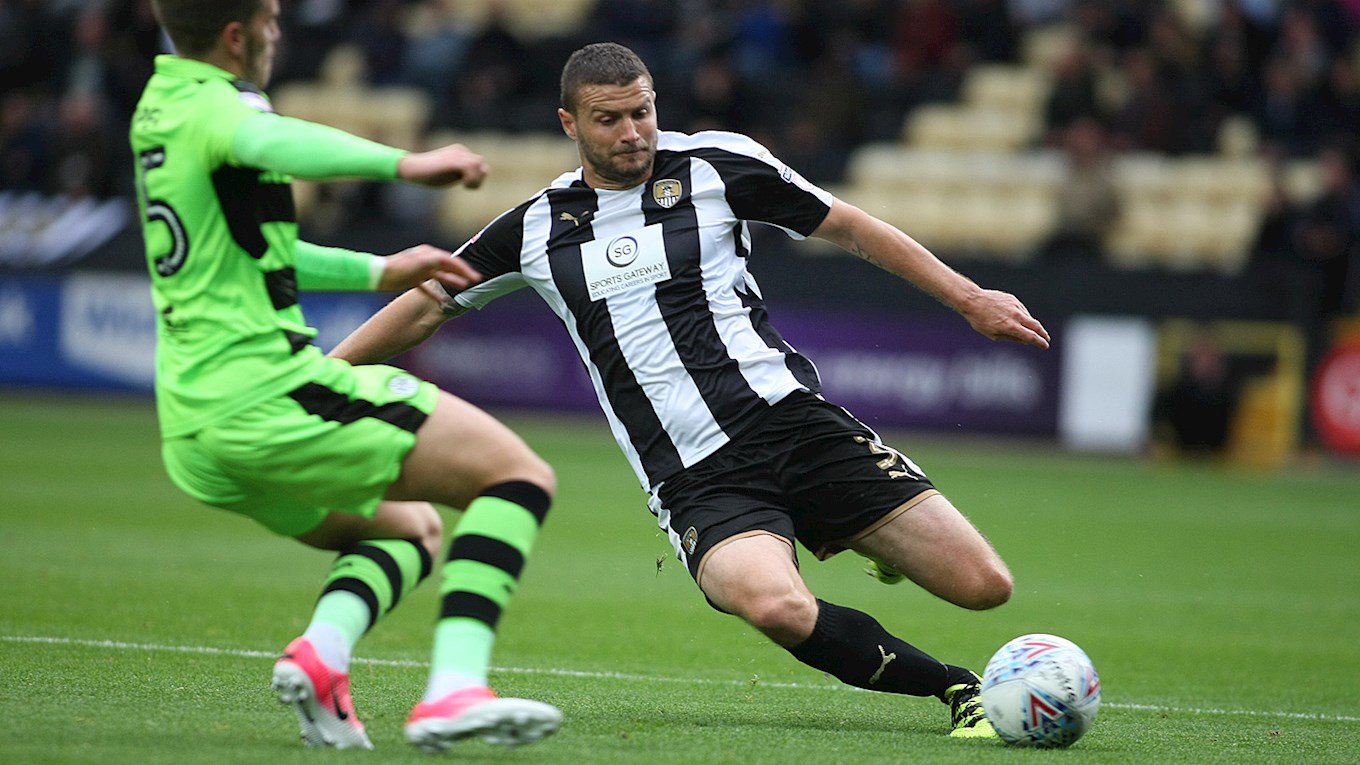 The former Stoke man has been in and out of the squad in recent weeks as manager Kevin Nolan shuffled his pack on more than one occasion due to having a run of seven games in 22 days.

And the full-back believes preparation is key to ensuring the transition back into the team is seamless.

"That [run of games] is why the gaffer has as big a squad as he has," said Dickinson.

"A week ago I wasn't even in the squad, then I was on the bench and started today. You have to make sure you are ready and give everything when your chance comes.

"There are two of us, myself and Dan Jones, who has done well, and whoever does not play is going to be disappointed.

"If I am picked then brilliant. If I am not then I will be disappointed but I will crack on, train as hard as I can and do everything I can to help this club to go where it needs to be."