Adam Collin is looking forward to having the chance to pull off an FA Cup upset against Swansea City at the Liberty Stadium.

The goalkeeper was installed into the starting line-up for the initial tie against the Swans after a three-and-a-half month injury lay-off as a result of Ross Fitzsimons' suspension and helped the Magpies earn a deserved replay with a 1-1 draw.

And the former Carlisle man says the team must show the same levels of application as they did at Meadow Lane if they are to get a positive result in south Wales.

"We know they will have large spells of possession but we have to be patient, keep our shape and our discipline," he said.

"The team they put out in the initial tie was strong and they played well, moved the ball well but we looked comfortable and I didn't have too many saves to make.

"I thought we kept them in front of us and managed them quite well and I'm sure they'll put another strong team out so it is up to us to apply ourselves in the same way.

"We created a lot of chances and as long as we stick to the gameplan, we'll be okay.

"It will be a good occasion for everybody and we're all looking forward to it. It's on TV so hopefully we can give a good account of ourselves and progress to the next round." 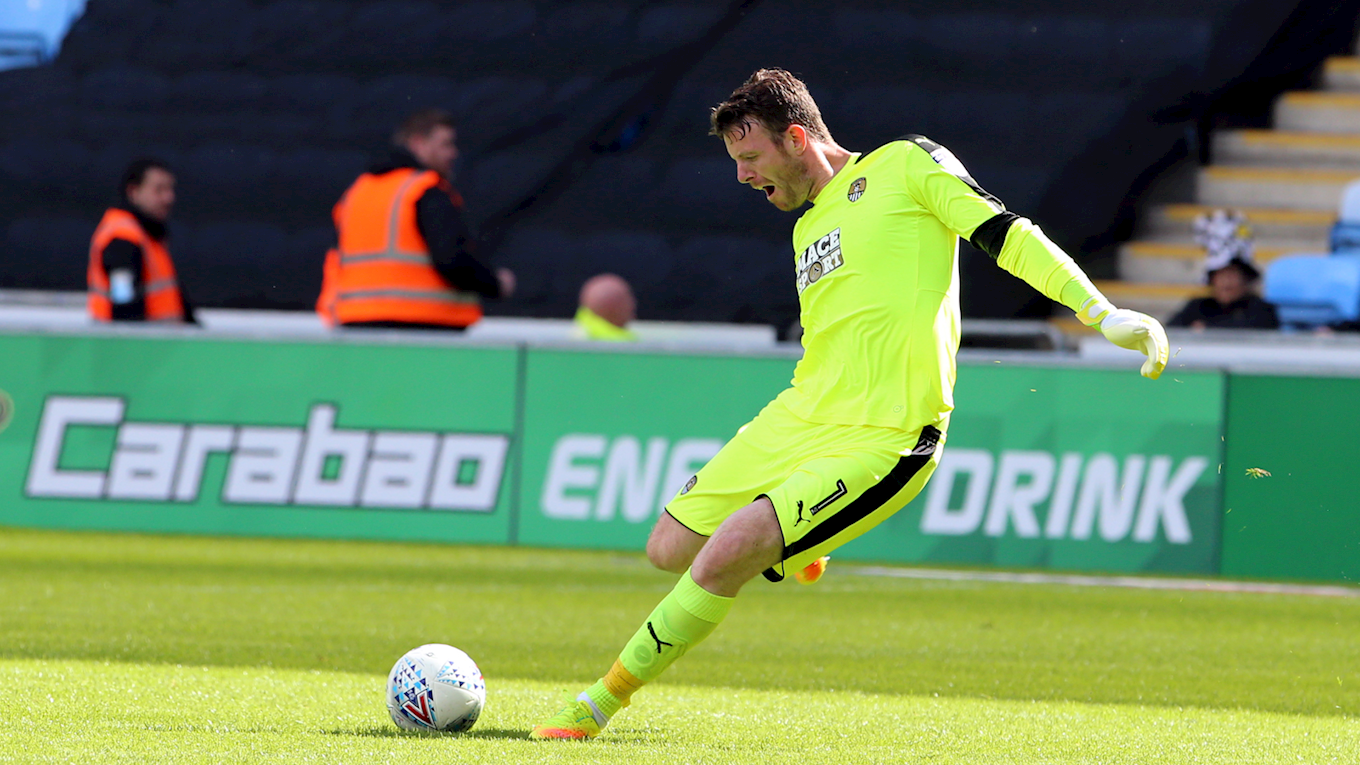 The 33-year-old admitted his return to action came earlier than planned, but has enjoyed being back between the sticks after the knee injury brought to an end a strong run of form for Notts.

"I feel okay," he said. "It wasn't planned for me to come back in at that time; another couple of weeks of training and some reserve games would have been nice but I had to come back in and play.

"I'm pleased that I have given a good account of myself and the team have picked up some positive results.

"'You can do all of the training you want in the gym but there's nothing like playing games to get your match sharpness back.

"It was frustrating to be injured because I was having one of the best seasons of my career.

"I had kept six clean sheets in 12 games and was well on my way to keeping my seventh against Barnet when I picked up the injury but I'm glad to be back fit and playing now."