Nathan Thomas says Notts County could be huge beneficiaries of the festive period - starting from Saturday's clash with Grimsby.

The first of four games in 10 days comes with a trip to Blundell Park on Saturday to face the only side the Magpies haven't played in Sky Bet League Two so far this season.

And Thomas thinks the schedule over Christmas could play into Notts’ hands.

“It’s come at the right time for us,” said the winger. “We know we have the opportunity to pick up a few points very quickly.

"It starts by going to Grimsby and getting a result, though.

“If we have a good festive period, we can put ourselves in a position where we are looking up at who we can catch rather than worrying about falling off the pace.

“As a footballer, you want to be playing matches and even though it takes it out of you, it’s the best time of the year.” Thomas feels improvements have been made over the past fortnight but Notts must build on last week’s victory over Tranmere when they travel to Blundell Park.

“We’ve made massive strides in the last two weeks,” said the 24-year-old.

“The intensity is higher than it has been all season and we are going in the right direction now.

“Because of the nature of the result, a light switch went on for everyone after the Tranmere win and we have to continue to work hard for everything.” 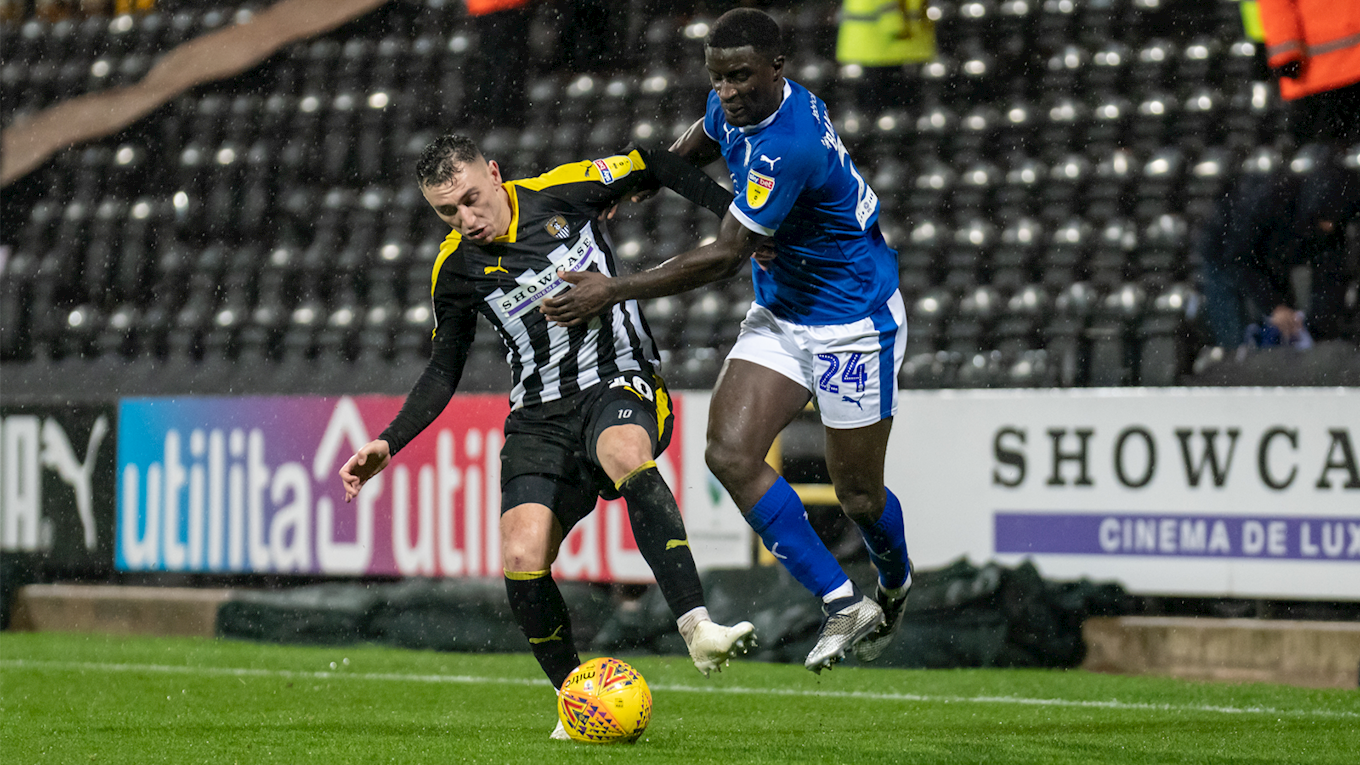 Thomas admits it’s been a challenging couple of months since making the switch to Meadow Lane but is in high spirits for the rest of the campaign under manager Neal Ardley.

He said: “I’ve been questioning myself all season because I’d been struggling and couldn’t put my finger on why.

“It hurt the whole squad because none of us expected to be where we are. I put that down to confidence, which is the most important thing in football.

“Once you lose it, you’re not the same player anymore and it’s been a big part in us underperforming.

“The new manager has come in and instilled confidence in us straight away, though. It’s been nice to enjoy playing again lately and there’s no reason we still can’t make something of the season.”