Notts County captain Jon Stead has called on his team-mates to put a ‘massively disappointing’ start to the campaign behind them ahead of Neal Ardley’s first home match in charge of the side.

Ardley will take his place in the home dugout for the first time this weekend, signalling the beginning of a new chapter for the club.

And, if the story of this season is to have a happy ending, Stead says what’s gone before must be forgotten come kick-off against the newly-promoted Merseysiders.

“It’s nowhere near the type of season anyone envisaged in the summer,” acknowledged Stead.

“I will speak on behalf of the players by saying we are massively disappointed and upset about how much we’ve underperformed this season. We’re working our socks off to put that right.

“It’s a cliché, but we have to put things behind us. We’ve got to focus on our remaining games.

“They’ll come thick and fast, over Christmas especially, and we need to put ourselves in a good position to finish the season as respectably as we can.” 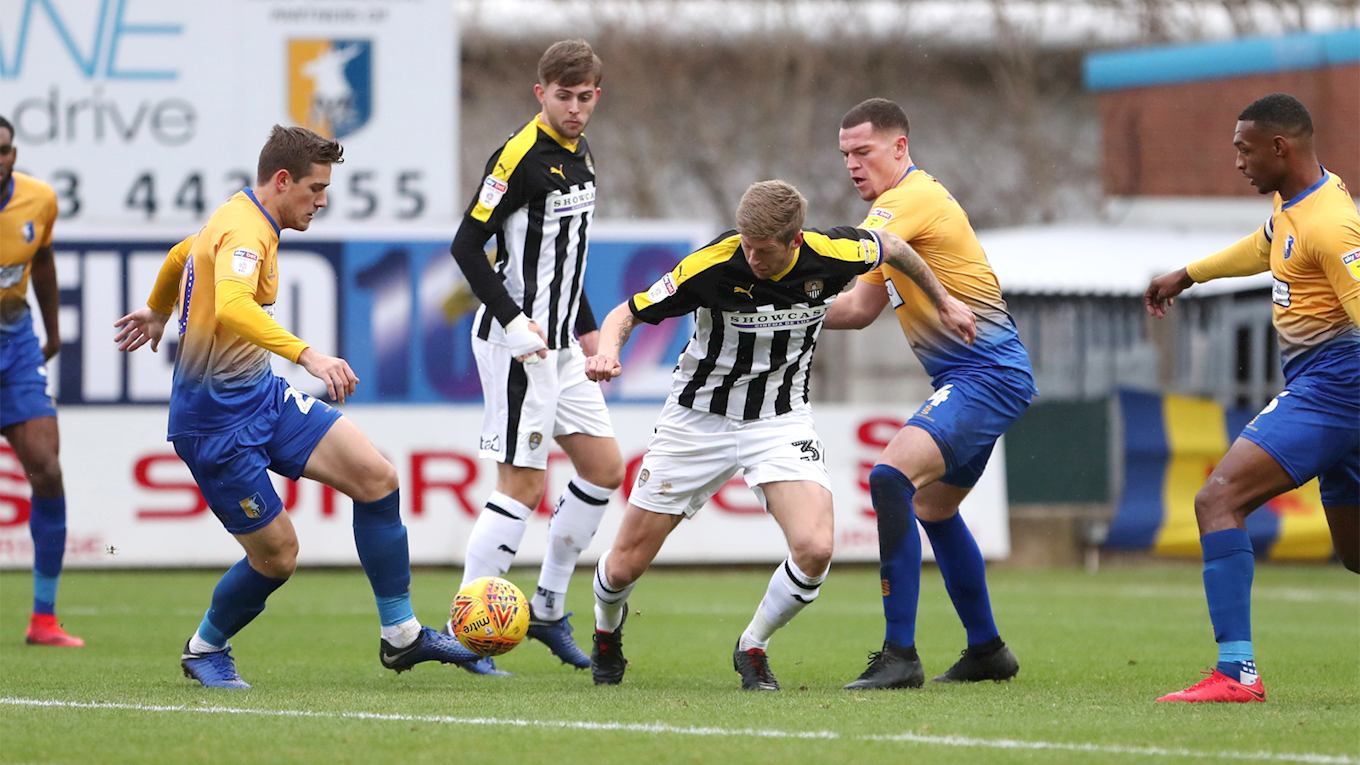 Stead is delighted he can directly affect matters on the pitch again after returning from injury last weekend.

“I felt fine fitness-wise, that’s never an issue for me,” said Stead, who played 80 minutes of the Nottinghamshire derby.

“I could possibly have seen out the full game but fatigue can bring risk, especially with muscle injuries.

“Although I started the Mansfield game quite well, I tailed off as tiredness kicked in.

“I just need to get up to match speed and kick on from there.”