Notts County travel to Grimsby on Saturday to kick off the busy festive period.

The Magpies make their second trip to Blundell Park of the campaign after visiting in the Checkatrade Trophy in October.

Grimsby are the only side Notts are yet to face in Sky Bet League Two so far this season and Neal Ardley will be looking to record back-to-back wins after beating Tranmere last time out.

The Mariners are 18th in the table – six points clear of the Magpies – and have lost just one of their last five league games.

Notts are winless in their six most recent meetings with Grimsby.

“After winning last week there have been more smiles on faces, as you'd expect.

“I actually went even firmer on the players this week, though because I believe sometimes you can get complacent after a win.

“I've watched quite a bit of Grimsby and I'm really impressed. Their home form's been good and they've scored a few goals recently.

"The manager's done a great job there and they've got a lot of qualities which will cause us problems.”

“We expect a really tough match. Neal Ardley has changed the atmosphere there and they are much more positive in terms of their outlook.

“They’ve got some really good players at this level and great experience through the spine of their team with the likes of Jon Stead.

“I think they are a good team with a good manager. I’m sure their season will improve from how it is going at the moment.

“We have played some good football. We are far from perfect, though, and there are still a number of areas that we need to address and improve in.”

Notts are still missing the injured Lewis Alessandra and Enzio Boldewijn who Ardley says will be absent until the new year.

Kane Hemmings came through his return to the starting line-up unscathed and the Magpies have no fresh fitness concerns.

Grimsby will be without Danny Collins who has pulled a thigh muscle so Alex Whitmore is expected to come into the side as his replacement.

The match comes too soon for Akin Famewo, while a few other players face late fitness tests. 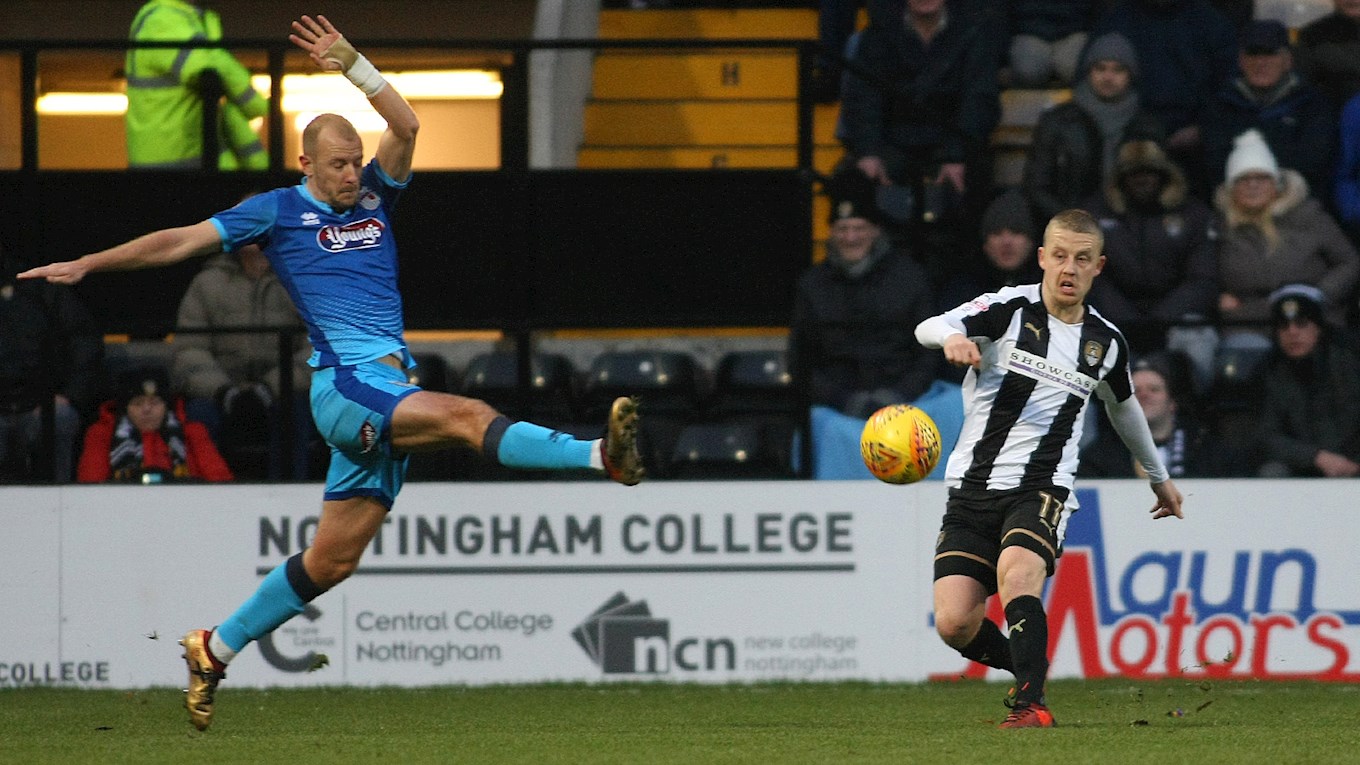 Grimsby were the winners in October’s Checkatrade Trophy meeting, coming from behind to earn a 2-1 win late on after Alessandra’s first goal of the season put Notts ahead.

The sides faced off just before Christmas last year, too, playing out a goalless draw at Meadow Lane on 16 December.

The Magpies’ last win at Blundell Park came in February 2010 where Lee Hughes got the only goal of the game.