Regis, no stranger to Meadow Lane having previously played for the Magpies and coached in the academy, will replace Jon Goodman, who is leaving to take on a role at Tottenham Hotspur.

The 54-year-old also worked for Charlton Athletic as Head of Education and Welfare in 2011 and was as an independent academy auditor before becoming the EFL’s Youth Development Midlands Regional Manager.

“I’m very excited to get started in this new role,” said Regis.

“I’ve been involved in youth development since I retired from playing and it was always an ambition of mine to be an academy manager if the opportunity came my way.

“Ultimately the academy is there to get local boys on the pitch. We should be aiming to sign several players on professional contracts every season.

“Success can come in many other forms, though, such as helping players who don’t make the cut move on to other clubs or into different careers, generating funds, developing staff and achieving category two status.

“My role will be fairly administrative with an emphasis on strategy and supporting coaches and staff. We want to create an elite environment where everyone is striving to be the best.

“But I’ve been a coach myself and I’d like to think I can give the boys some tips on forward play, too!” 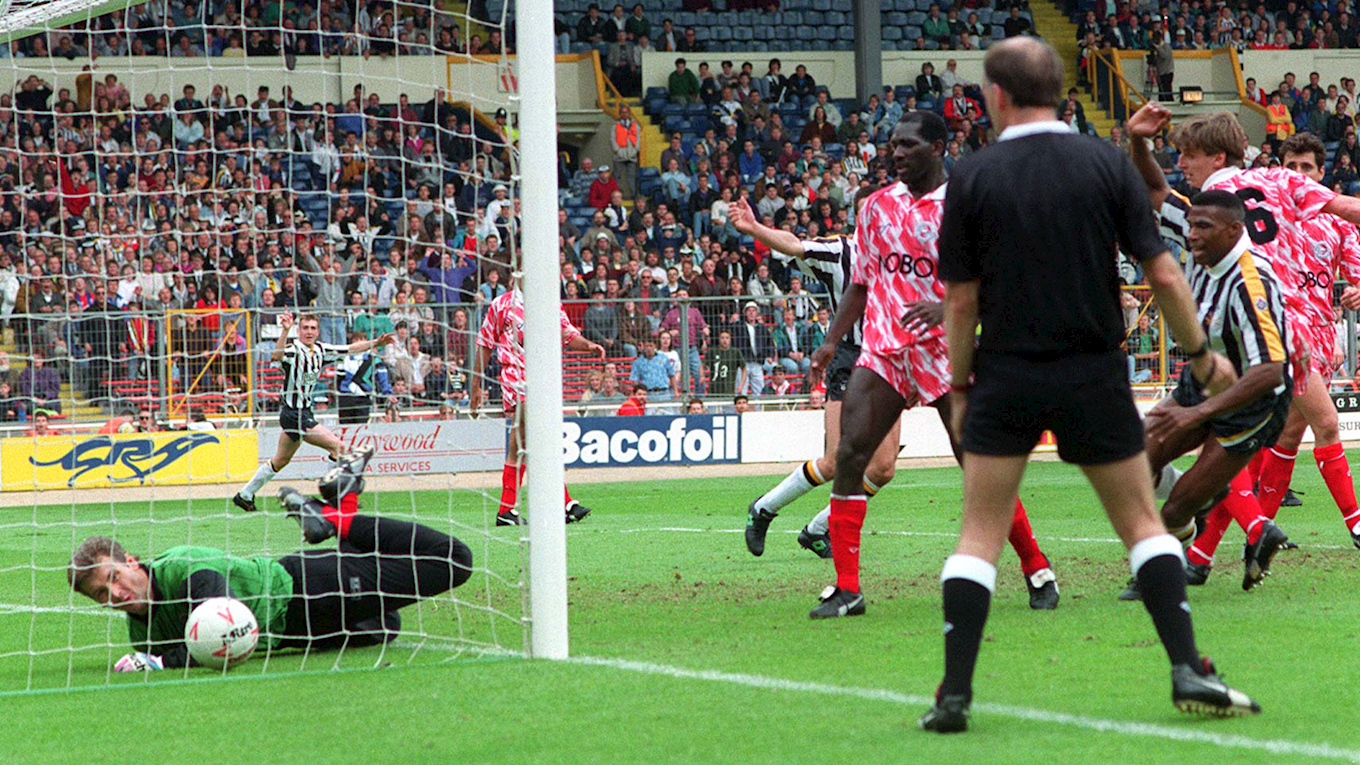 The forward scored in Notts' 1991 play-off victory over Brighton

Regis is also looking forward to returning to a club and city close to his heart.

“It’s very nice to be back,” he said. “I lived in Nottingham for 20 years so it’s somewhere I’m very familiar with and it’s a proud moment for me to come back as academy manager.

“I’ve also known Paul Hart for a long time. His knowledge of youth development is exceptional and I’m looking forward to working with him.”

“His experience on and off the field speaks for itself and I’m excited to see how the academy develops under his stewardship.

“I would also like to thank Jon for his tremendous efforts in the role. He leaves with our best wishes.”