Friday night football is a rarity at Meadow Lane – but tonight it’s back as Notts face Yeovil Town.

The Emirates FA Cup drew us at home to League One’s Bristol Rovers in Kevin Nolan’s first game in the competition as a manager.

Notts started slowly and went two goals down with just 12 minutes on the clock – Liam Sercombe and Stuart Sinclair scoring for the visitors.

But on the half-hour mark Ryan Yates pulled one back, before adding his second within a minute as Notts went into the interval level.

Notts never looked back and Jon Stead completed the turnaround just before the hour as he tucked Jorge Grant’s cross away.

And it was Grant himself who made sure there would be no late drama, as he got on the scoresheet deep into stoppage time to secure a remarkable win and safe passage through to the second round. 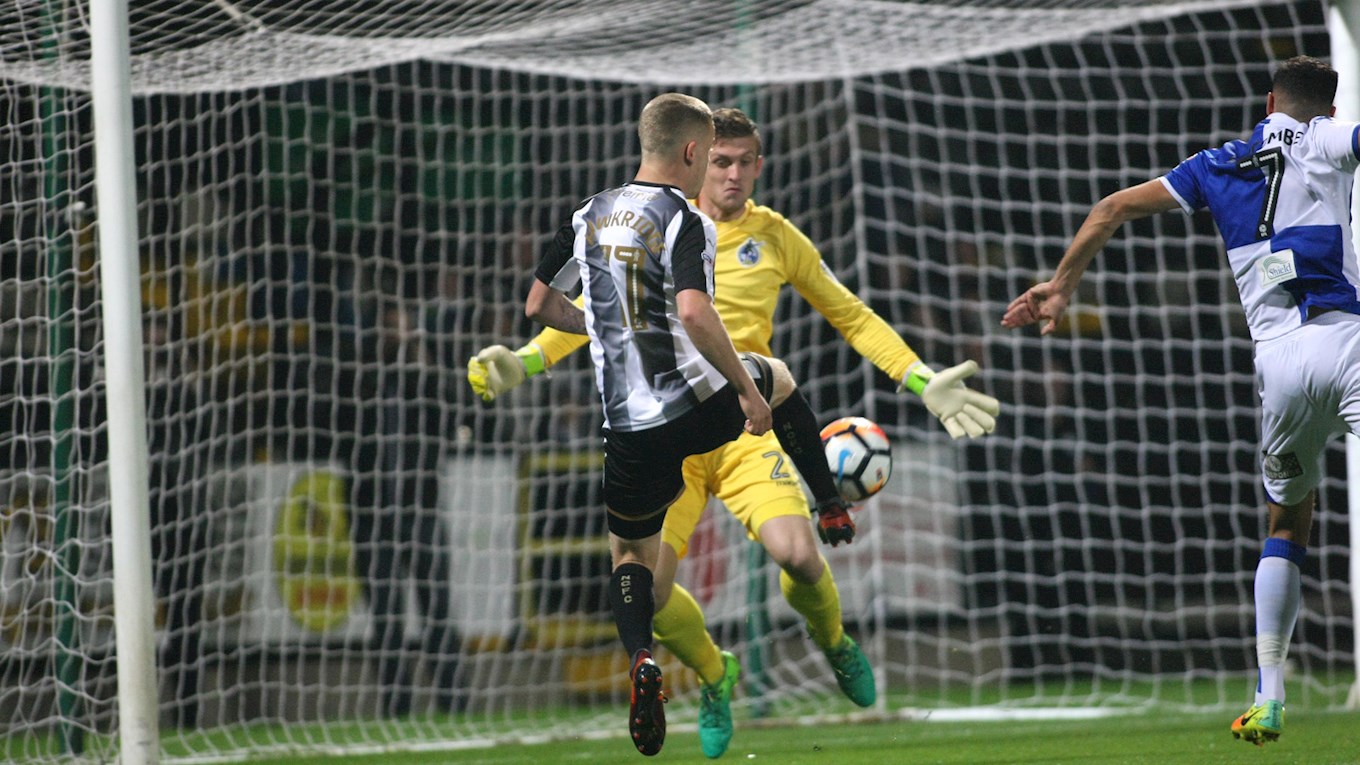 There was another Friday-night thriller at the Lane on matchday four of the 2017-18 League Two campaign when Accrington Stanley came to visit, with just one place separating the two sides in the play-off positions.

This time it was Notts who went two goals to the good, with Stead netting from the penalty spot shortly after the half-hour mark and Grant adding the second within 10 minutes of the half-time interval.

The visitors pulled one back within five minutes through Mark Hughes before Mekhi McLeod saw red for Stanley.

With a man advantage, Notts looked set to record their third win of the season, but it was 10 v 10 again when Matt Tootle received a second yellow card as the match entered stoppage time.

And there was more drama to come as substitutes Ross Sykes and Mallik Wilks combined for a 96th-minute equaliser, meaning Notts had to settle for a point.

Notts produced an excellent second-half performance to put Bury to the sword when they visited Meadow Lane in League One.

Francois Zoko, who now plays for Yeovil, was Notts’ hero on the night, scoring twice as we completed another excellent turnaround on a Friday night.

Steven Schumacher gave Bury the lead in the 24th minute and it remained that way until the break.

Notts came out firing after the interval and Julian Kelly kicked off a seven-minute spell featuring three goals with his 58th-minute leveler.

Zoko’s brace left the visitors wondering what had hit them as they went from leading the match to being out of the contest within the blink of an eye.

Jamal Campbell-Ryce grabbed a fourth from the penalty spot with just over 15 minutes to play and the Shakers were sent back to the north-west with their weekend ruined.