Notts County manager Kevin Nolan says his players must ‘stand up and be counted’ when they face Lincoln City this weekend.

The Magpies travel east looking to end a disappointing run of results with a victory against their near neighbours.

And Nolan knows exactly what sort of test to expect at Sincil Bank.

“You’ve got to stand up and be counted when you go to Lincoln,” said the manager. “There’s no other way you can approach it. They’re very impressive at home.

“Lincoln are a bit different to what they were last year – Danny and Nicky Cowley brought in a number of good signings in the summer, one of them being our skipper from last year, Michael O’Connor.

“What we’ve got to do is take our chances, cut out the individual mistakes, stand up and earn the right.

“If we don’t, we’ll be found wanting – especially against a team like Lincoln because they won’t let you settle for a minute.

“Obviously, with it being a derby, everybody gets up for it a little bit more. I’m really looking forward to it and I’m hoping my lads step up and show me what I feel they can produce.” 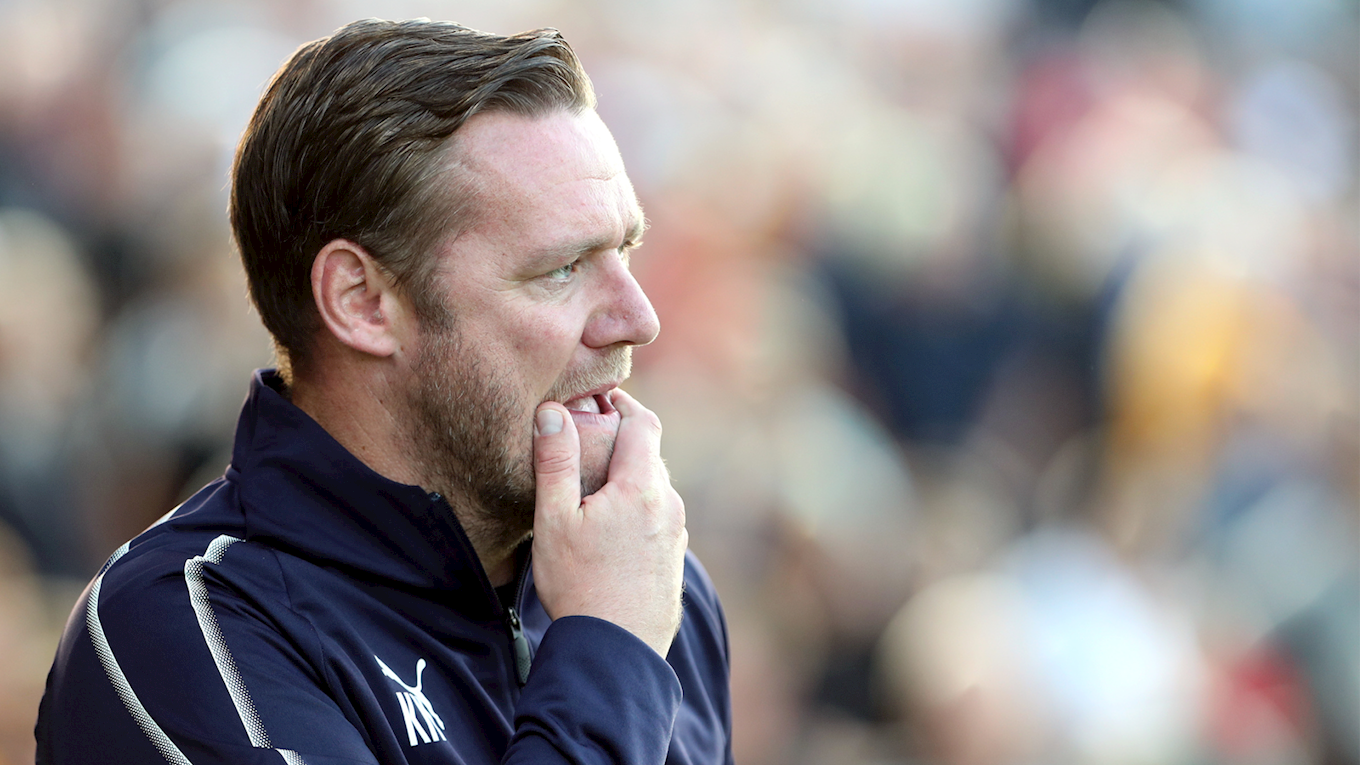 Notts have developed an unwanted habit of shipping goals in the early stages of the 2018-19 campaign.

And Nolan says the whole team are responsible for tightening things up – not only the back five.

“We can’t keep pointing fingers at defenders all the time,” said the boss. “There’s also a responsibility on attackers when they get opportunities to put the ball in the back of the net.

“When they don’t, the pressure then lies on the defence to make sure they don’t concede. That’s what’s happening at the minute.

“We’ve not put in a really strong performance for the whole game since Colchester at home on the opening day. We’ve got to get back to that, putting everything on the line to make sure we get positive results in the upcoming games.

“We’ve got to get better both individually and collectively.”