The Liverpool youngster has enjoyed a run in the side recently after arriving at Meadow Lane on loan in January.

And he's loving his first taste of first-team action.

“It’s a lot different to what I’m used to," said Virtue. "It’s pretty much a different sport compared with Under 23s football.

"I’m enjoying it, it’s good to play in front of proper crowds and passionate fans. I’m really enjoying that part of it.

"The players are experienced and know the league. They’re men, not boys.

"That winning feeling is unbelievable, but the disappointment of losing is more amplified.

"It feels more real. The fans play a big part in that.” 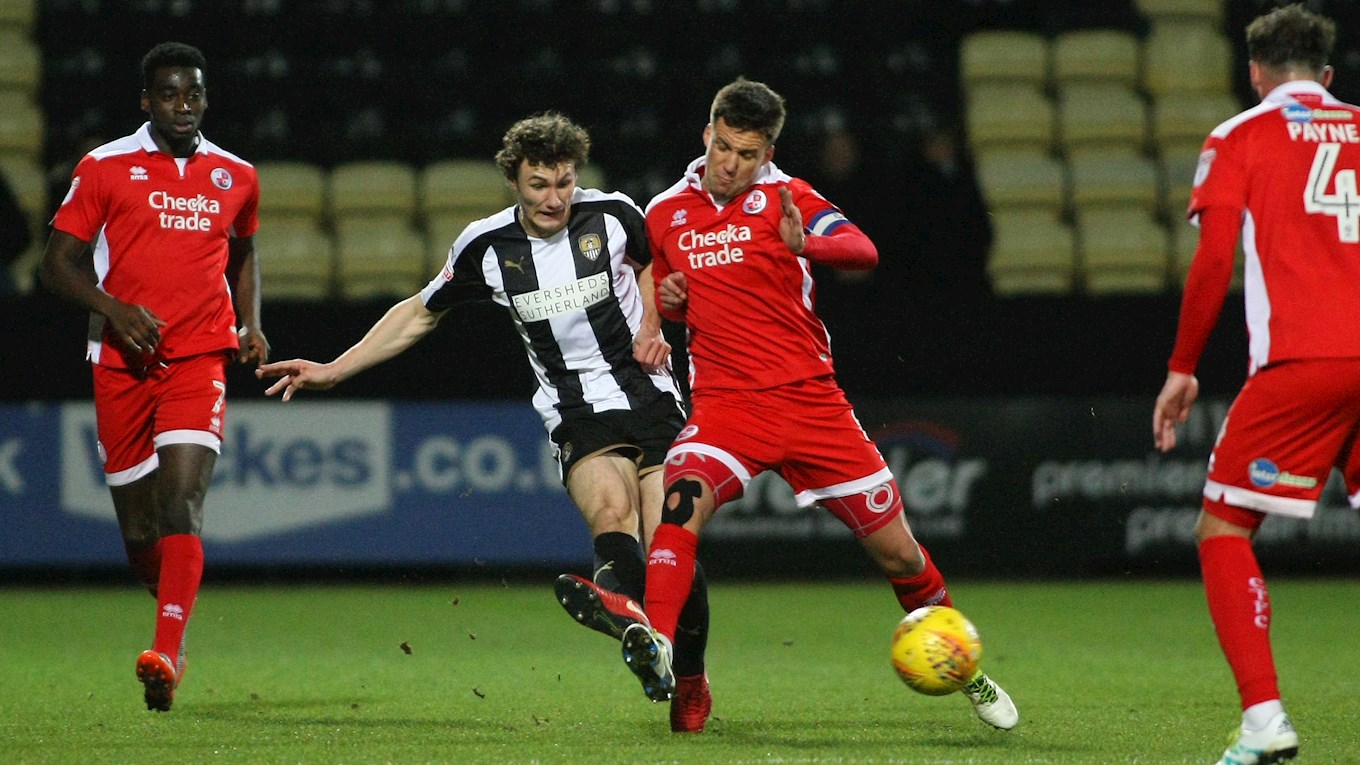 Virtue hopes he will be enjoying 'that winning feeling' for a third consecutive match when the Magpies host Yeovil Town this weekend.

And, while he admits he feels most comfortable in the middle, he will be desperate to hold on to his place in right midfield.

“Centre midfield is probably my preferred position, but I’ve quite enjoyed playing out on the right for the past couple of games," he said.

"I’ve played off the front a couple of times, but I definitely prefer playing off the right and coming on to the ball more, as opposed to having to back in to centre backs.”

Tickets for the game are available online 24/7. Click here for more information.