The local business will be the Magpies’ sponsors throughout April and Mike, a Notts fan of nearly 50 years, is delighted to have been presented with such a unique opportunity.

“When Simon Fotheringham approached me in pre-season I had no hesitation in taking up the offer. This monthly initiative has really brought local businesses like ours into the game,” he said.

“We’re not a big enough company to enter a sponsorship deal worth hundreds of thousands of pounds but this was right up our street.

"It’s enabled us to be part of this community and I am really proud we’re doing it. We have already received a lot of positive feedback.”

A bonus for Mike is the chance to be involved in the club’s resurgence: “The turnaround at the club has been nothing short of outstanding," he said.

“At the beginning of 2017 I was resigned to our future being out of the EFL,” he said. “It wasn't until Alan Hardy came in and appointed Kevin Nolan that it started to look bright again.

“There is ambition and a true sense of belief now, the club is being run much more professionally, which is illustrated by the backroom staff Alan has brought in on the commercial side and in other areas of the business.” 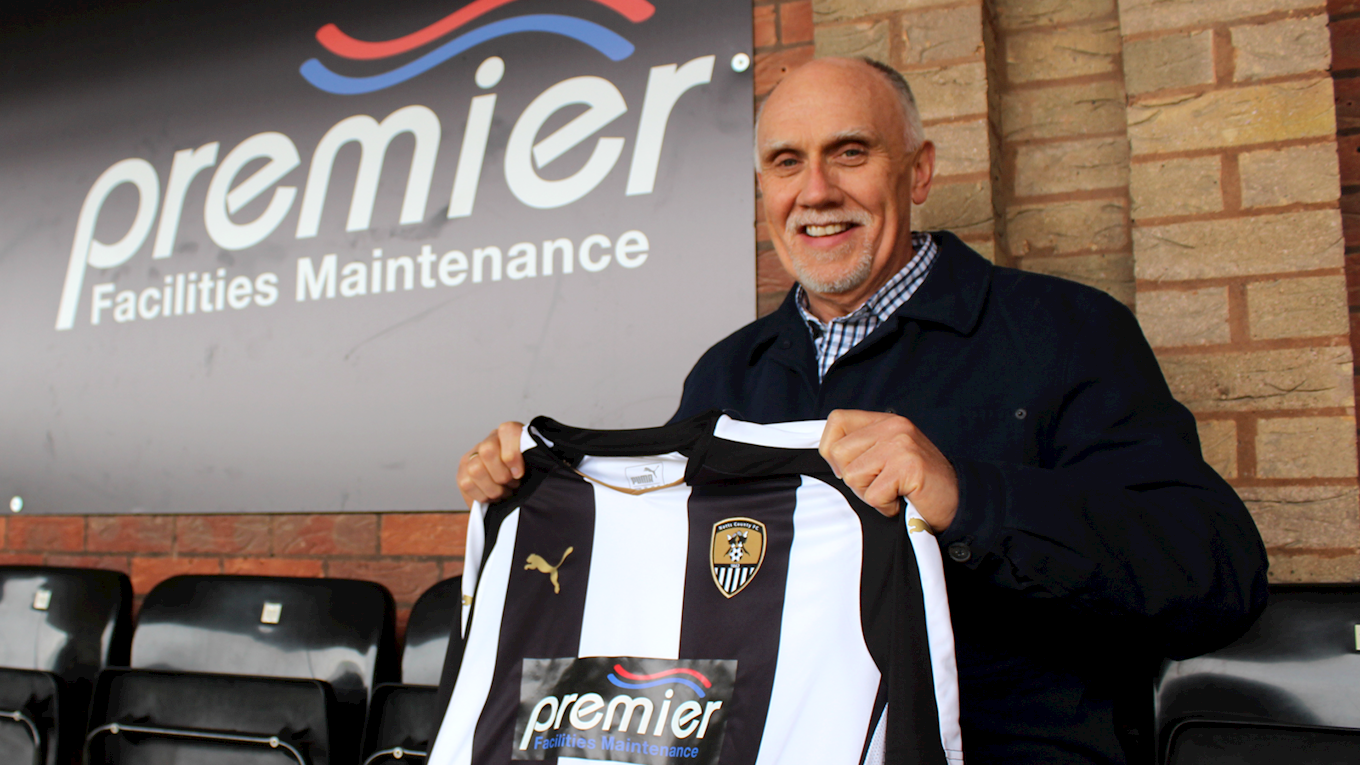 Premier Facilities Maintenance’s logo will appear on Notts’ shirts for the first time in the Easter Monday trip to table-topping Accrington Stanley.

Fans will recognise their logo from the back of the Magpies’ home shirts, a sponsorship which Premier Facilities Maintenance share with Premier Electrical Services.

And, to celebrate the sponsorship, Mike has promised to donate £5 to Lifeline every time a supporter gets a Premier Facilities logo printed on their replica shirt.