Kevin Nolan said his side were full value for their victory against Coventry City this afternoon.

A brace from Jonathan Forte secured a 2-1 win for the Magpies as Jordan Ponticelli's goal was rendered to be little more than a consolation for the visitors.

And the manager thought his men were deserved winners on the day.

"The lads were terrific and got their just desserts in the end," he said.

"The way we handled them equalising by going up the other end and producing a bit of quality for the winner was fantastic.

"I have spoken about the character of the team all season and they have shown it in abundance today.

"I'm absolutely delighted because I think we deserved the win. We were back to our old selves and it was really pleasing on the eye today.

"Our main focus is now on Colchester and replicating the performance and the result from this afternoon." 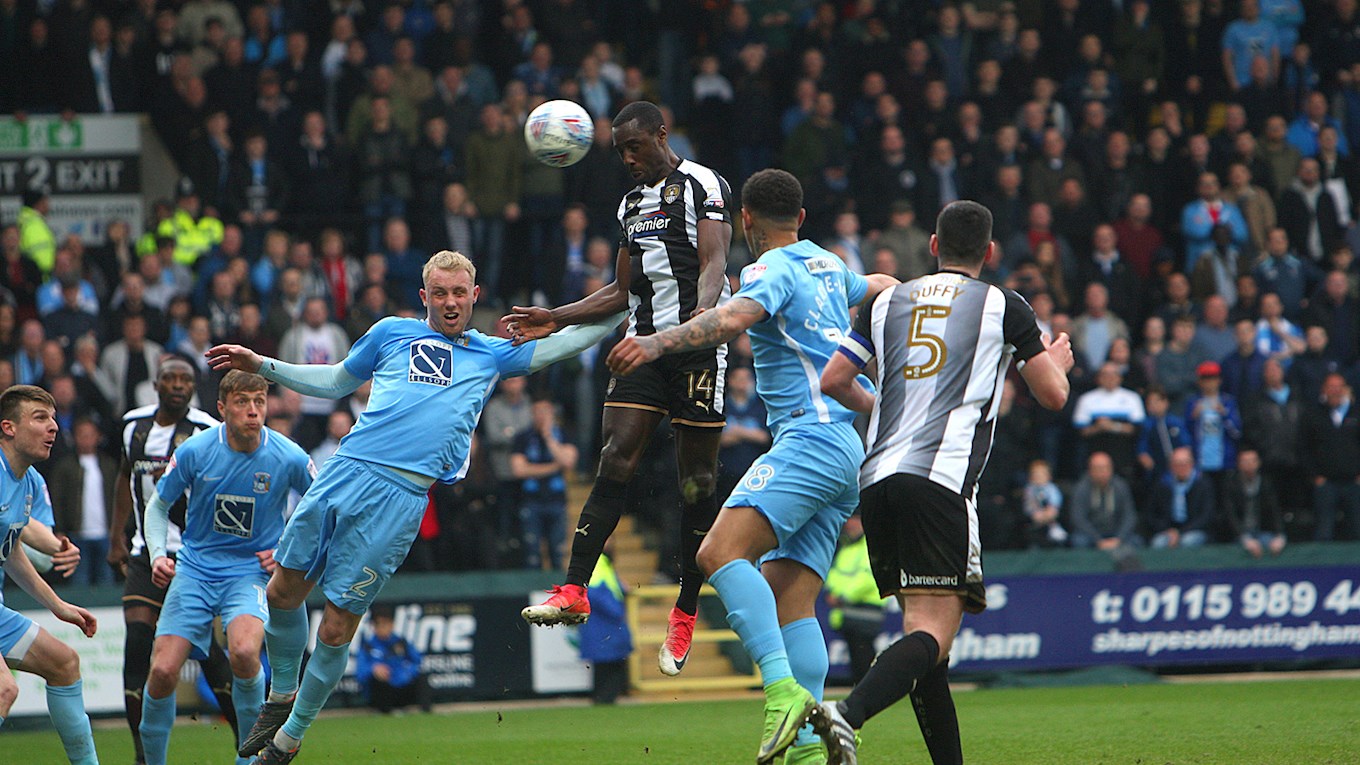 Forte's heroics took his tally for the season to eight in all competitions and the manager hopes it can now be the catalyst for a good run of form in front of goal for the striker.

"Jonathan is a quiet lad and gets on with his business," said Nolan. "He has been left out of squads and has something to prove, whether it is to me or anyone else.

"He has proven he can score goals at this level and I don't mind being proven wrong. I could have played Lewis Alessandra this afternoon but I went with Jonathan because I thought he did well at Accrington last week.

"I was delighted for him today because he took his two goals fantastically well and he ran himself in to the ground."