Mark Hughes' goal in the 10th minute settled the contest but Notts had their chances, hitting the bar in the first half through Jonathan Forte while Matty Virtue and Jorge Grant both put good opportunities wide in the second period.

And the manager said his side did not make the most of their time on the ball at the Wham Stadium.

"We didn't put them under enough pressure," he admitted. "We had very good possession but we didn't put it in the right areas.

"We had two glorious opportunities and didn't put either in the back of the net. When you do that, it changes the game.

"I thought we more than matched them in a few areas and Adam Collin made some good saves, which is the difference.

"Our goalkeeper has had to make saves whereas we have had opportunities to get shots in and we haven't made the goalkeeper work, which is the most disappointing part of it." 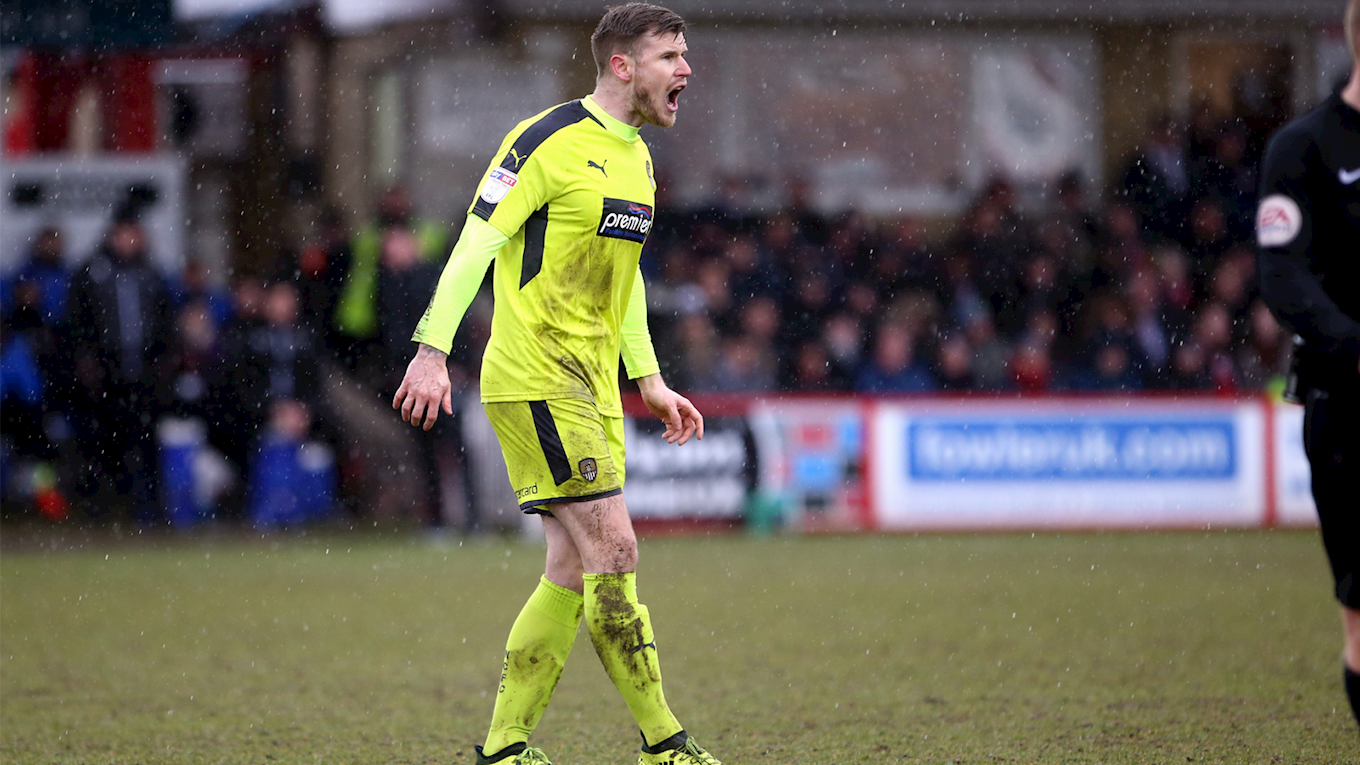 There was one positive to come from the afternoon as captain Michael O'Connor made his return from a knee injury, which had sidelined him since Easter Monday last year, as a second-half substitute.

"I'm delighted to have Michael back and it gives me another selection headache, which is great," said Nolan.

"Credit to Tom Hallas and his staff, who have worked tirelessly with him. The way he has gone about his rehabilitation is a testament to the lad and our medical staff and is why he has been able to come on today.

"It's a massive bonus to have your captain back."