Jonathan Forte says he hopes his match-winning brace against Coventry will help to convince manager Kevin Nolan to give him an extended run in the side.

The striker retained his place in the team from Easter Monday and rewarded his boss by scoring two goals to take his total for the season to eight.

And the 31-year-old is targeting more starts in the final four games of the Sky Bet League Two season.

"It's been a while but I'm happy to score some goals and get the win for the team," he said.

"From the start of the season I have wanted to play but it's the manager's decision. You want to prove the manager that you are worthy of being in the starting line-up and hopefully I have done that.

"I think the second goal came off my heel from Shola's cutback. It was either that or miss it so I tried to wrap my foot around it to flick it in!

"Coventry are a very physical team and are good at what they do but I think we matched them. They put quite a bit of pressure on us towards the end but we held out." 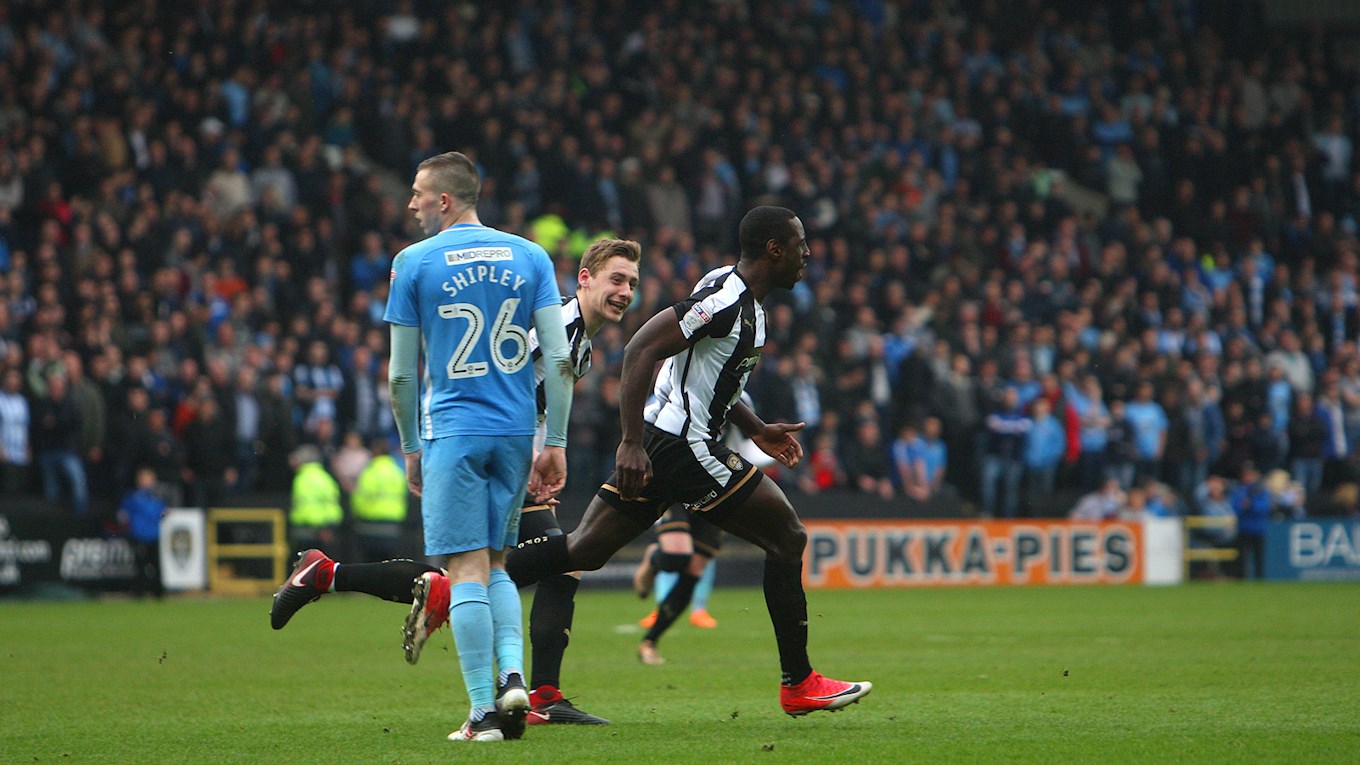