Notts County forward Shola Ameobi believes Notts are getting back to their early-season best – just at the right time.

The popular Geordie lost his voice after taking an elbow to his voicebox in the hard-fought win over Coventry City last week but will be available for this weekend's trip to Colchester.

And he was in fine fettle at this week’s pre-match press conference.

“We’re really getting back to who we are and what we have been for most of the season,” he said. “We feel we've been unlucky in a couple of games recently, but I think you can see the confidence is coming back.

“Obviously we were disappointed to concede the goal against Coventry but to go straight back up and get the winner shows we still have that belief.” 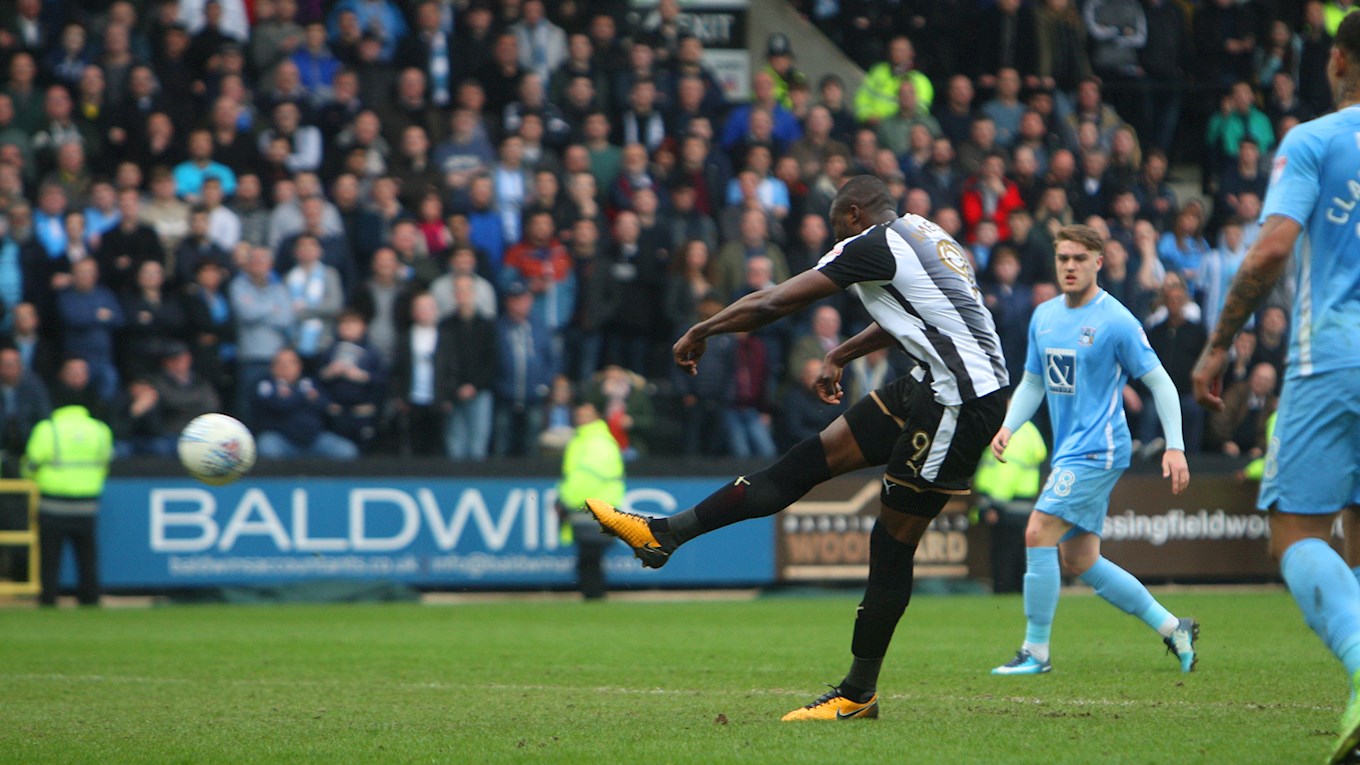 Ameobi, who will be hoping to retain his place in the starting 11 after manager Kevin Nolan confirmed Jon Stead is back in contention, was spurred on by a special crowd against Coventry City.

“My family came to watch the game and were around for the full week,” he revealed. “It was nice to show them what I do down here, and obviously for them to experience us win.

“My eldest daughter can remember me playing, but my two sons don't. This is all a new experience for them - and they’re football mad!

“I'm still playing because I love what I do and I've still got a passion for it. It's just a bonus that they can now experience it, too.” 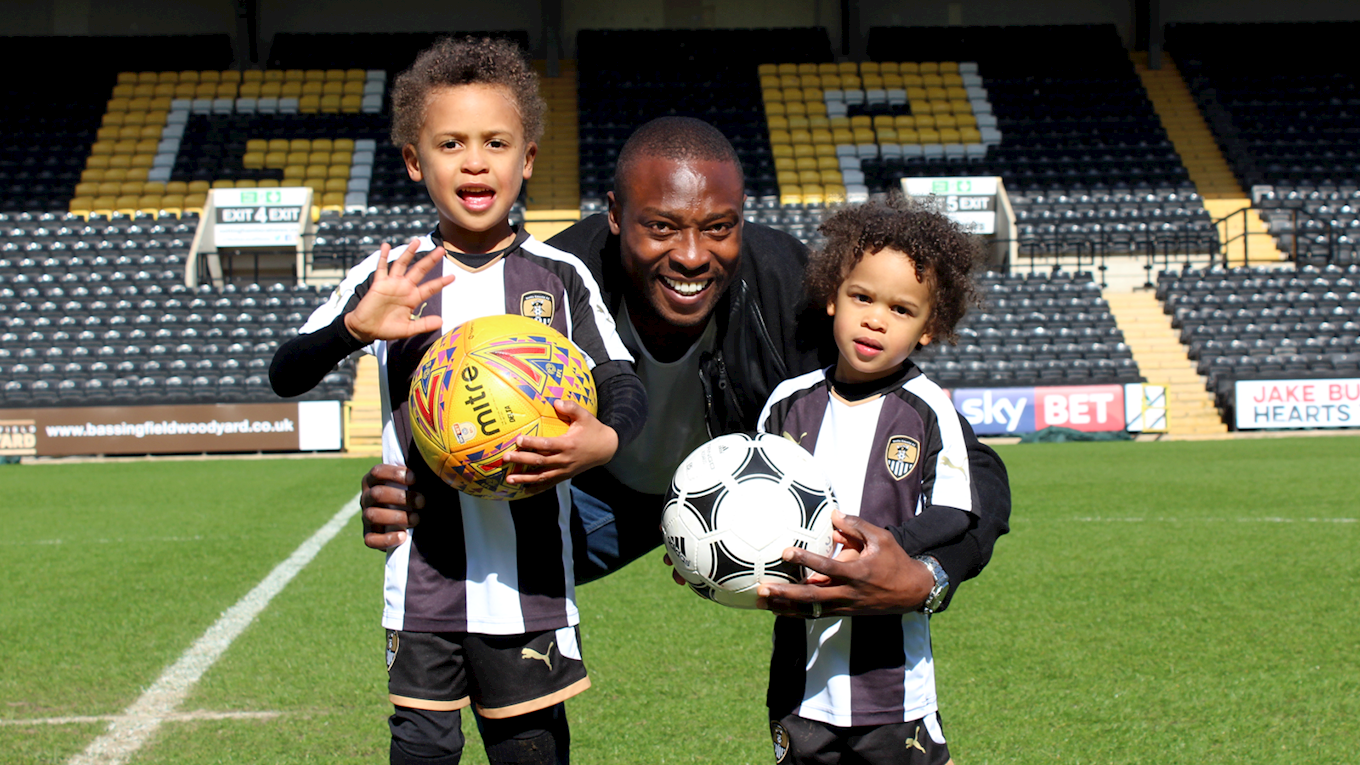 Shola with his sons, Noah and Judah, at Meadow Lane.