Lewis Alessandra says the Notts squad have not given up on the prospect of automatic promotion.

The Magpies sit seven points adrift of the top three with five games remaining in the Sky Bet League Two season but the 29-year-old, a veteran of the division, knows there is a long way to go yet.

"We have five big games left and we're raring to go. If we win a couple hopefully the picture will change in our favour," he said.

"This league is mad, everyone can beat everyone. Three of our last five games are at home, where we are strong, so not one of us thinks it's over.

"We were disappointed not to win at home over Easter and we knew it was going to be difficult at Accrington but it was still disappointing to lose on the day because we had some good chances.

"Coventry will come here looking for a reaction after losing at home on Monday but this is our home and we are strong here." 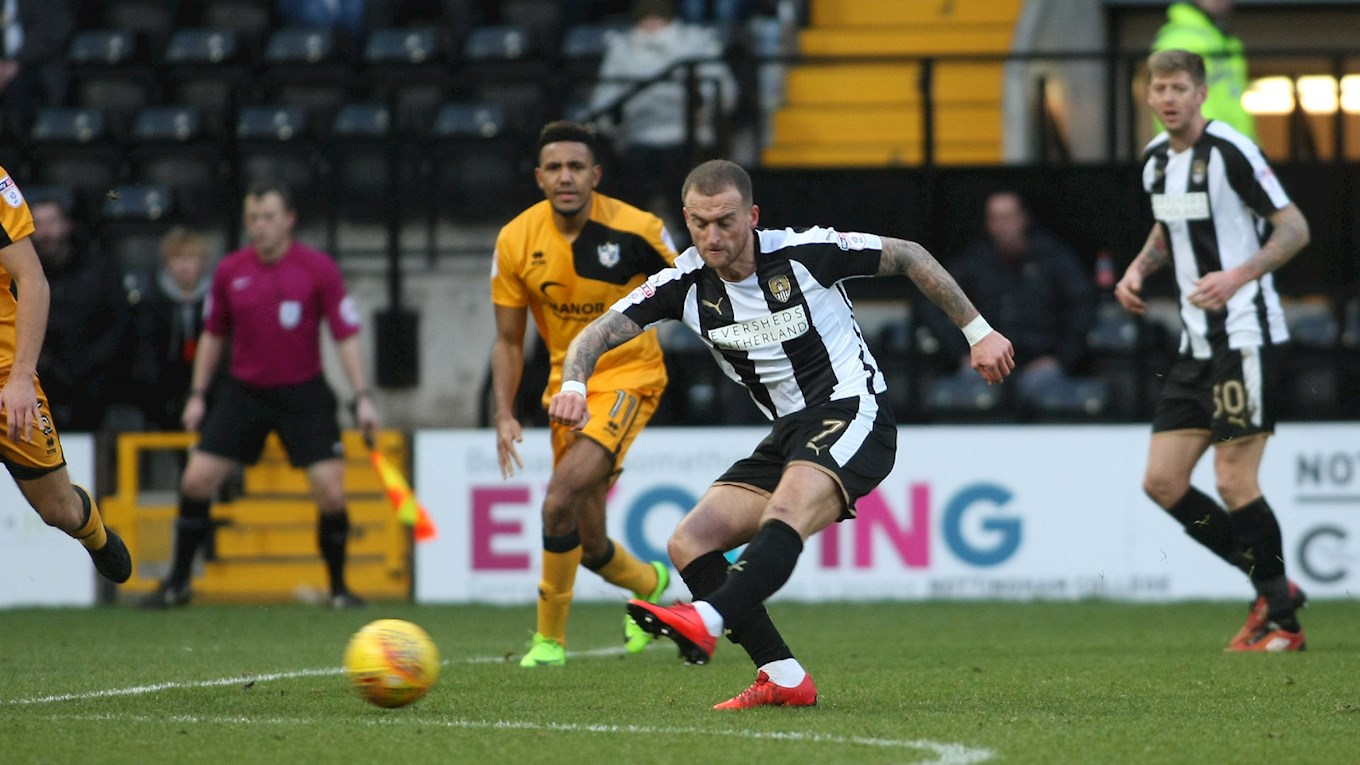 Goals have been at a premium for County in recent weeks with one in their last three outings and the attacker says work has been done on the training ground to ensure the forward players test the opposition goalkeeper more.

"A lot of forward players are confidence players and when certain things aren't going right for you the goals can dry up a little bit," he said.

"We are doing a lot of work on the training ground and had an enjoyable 40-minute finishing session.

"The gaffer will be the first one to say we have not put teams under enough sustained pressure the way we were earlier in the season when we were beating teams into submission.

"For the last couple of games we haven't made the opposition goalkeeper make enough saves and that is something we need to rectify quickly."

With a large crowd expected this weekend, Notts fans are encouraged to purchase their tickets online in advance.