Kevin Nolan was thrilled by the quality of his side's attacking play following the 4-1 win over Lincoln City at Meadow Lane.

The Scouser saw his side register a fifth straight win in League Two to leapfrog Exeter City to the summit.

And the manager was pleased with how his side responded to gaining a one-man advantage after Lincoln's Billy Knott was sent off for a high foot on Ryan Yates.

"I thought Lincoln started very well and put us on the back foot," said Nolan.

"They had a couple of good chances but once the sending off came, we dominated.

"It's all about how we react to the red card. You've seen it before - we've gone down to 10 men and won games.

"Just because it's 11 v 10 it doesn't mean you're going to win the game. I thought my lads handled it really well." 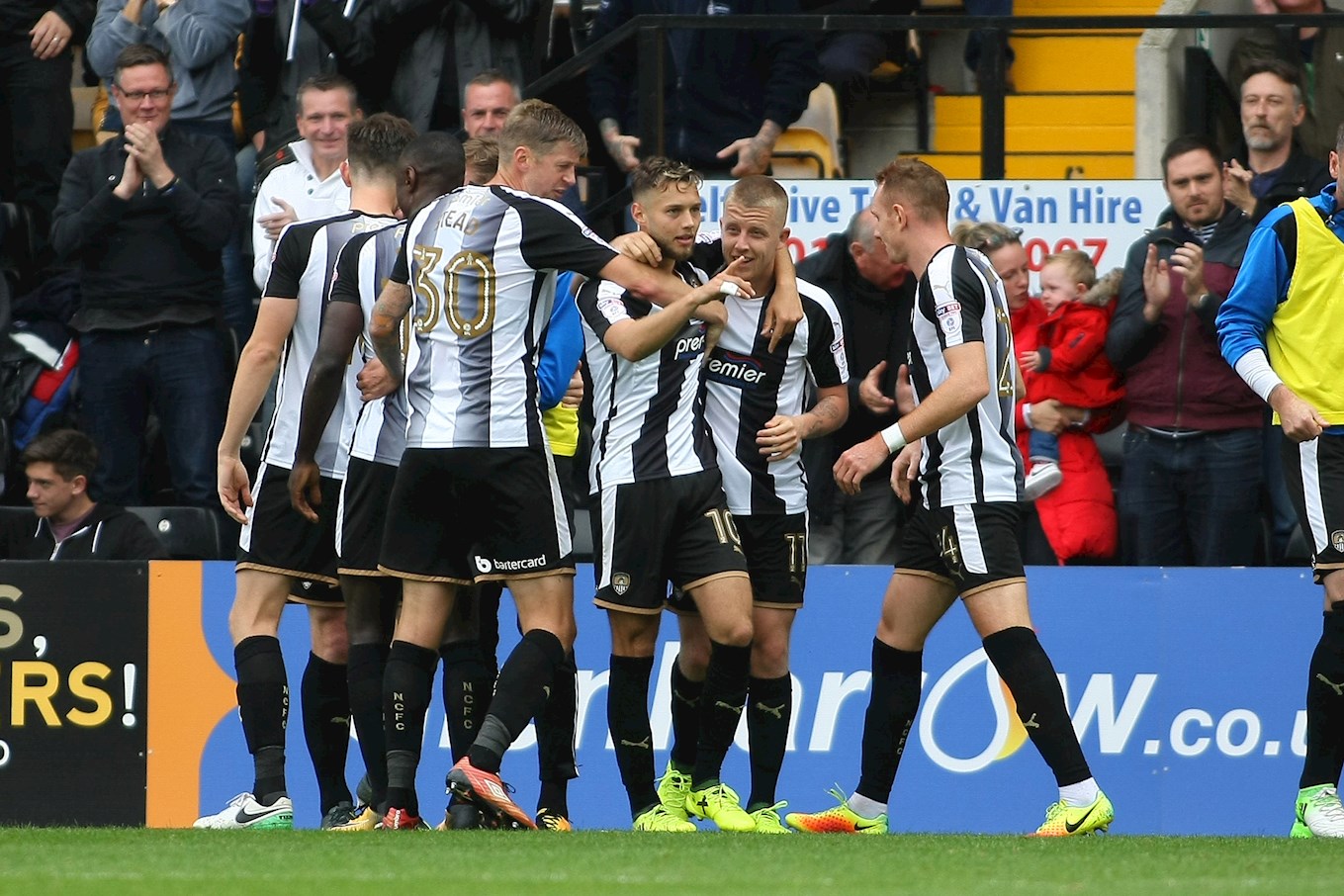 Notts scored four goals in a game for the second time this season and the manager was delighted with the attacking display put on by his men.

"We've been working hard and we're starting to click. You saw a lot of good combinations today. These boys have a lot of quality.

"When it went to 1-1 we could have buckled and felt the pressure of the crowd but we didn't - we thrived on it and showed our quality.

"Lincoln are a top side - they're going to be in and around it this year. It was a tough game today and there are a number of other top teams who we're going to have to battle it out against.

"But I think today, especially in the second half, you could see what we can do when we click."