Notts County manager Kevin Nolan praised his side’s ability to ‘scrap and battle’ their way to their fourth win on the bounce.

The Magpies emerged 1-0 victors from Crawley’s checkatrade.com stadium this afternoon and the manager was effusive in his praise for the team’s efforts.

“I’m absolutely delighted,” he said. “The lads have got a mentality about them now.

“They’ve come here and made sure they played the way they wanted to play and countered Crawley’s strengths. I thought we deserved the win.

“When we’re not on top form in possession, we make sure we scrap and battle. Sometimes you’ve got to put your body on the line.” 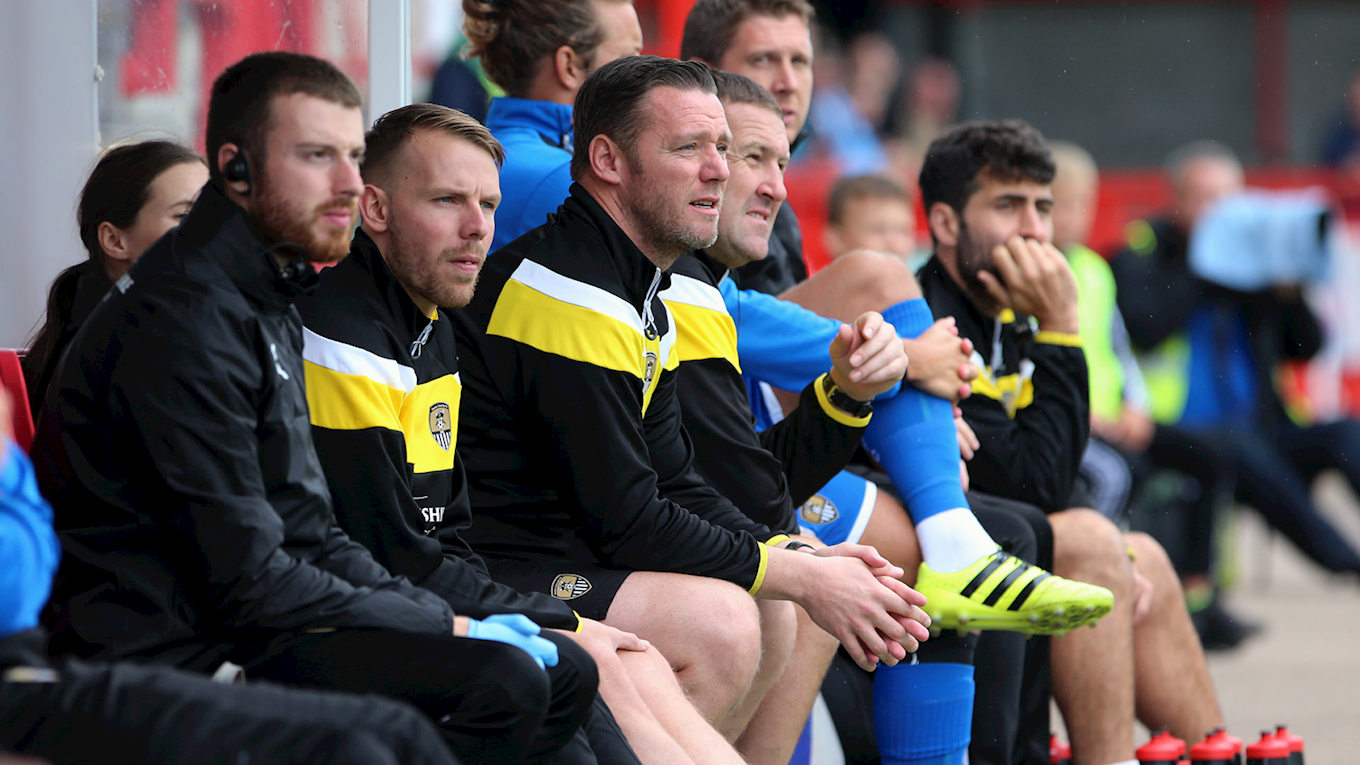 Nolan and his staff watch on at Crawley

Shaun Brisley was substituted with an injury in the second half but the manager said he was hopeful the defender wouldn’t be missing for long.

And Nolan is convinced his side are yet to reach the peak of their powers.

“There’s more to come from these lads,” he said. “Their confidence will grow and they’re learning every day.

“I feel we’re going to continue to get better if we can keep working the way we have.

“The attitude and application was absolutely fantastic today and that’s why we’ve won the game.”