Nolan arrived at Meadow Lane in January alongside chairman and owner Alan Hardy and the pair have since led a remarkable upturn in the club's fortunes.

The Magpies comfortably retained their EFL status last season and have begun the 2017-18 campaign in sensational style, winning their last four matches without conceding to sit second in the Sky Bet League Two table.

Nolan and Hardy met the press this afternoon to express their delight at getting the deal done.

"It was an easy decision to make which is why I have been so comfortable talking about it in recent weeks," said Nolan.

"I am delighted that Richard Thomas and Mark Crossley will be with me because we have a solid backroom staff.

"I have to thank Alan because he has been first class since we first met. We hit it off immediately and knew we had something which would be great.

"Alan backs me with whatever I do. He lets me do my work and that is why we have been so successful. We work together rather than against each other, which is not what I have had in the past," he admitted.

"This club is a sleeping giant with the history and facilities we have. We want to be successful here and get the club back to where we feel it belongs but we have to do it in the right way.

"I'm really excited. I have the same feeling here as I did when I signed my first contract with Bolton Wanderers." 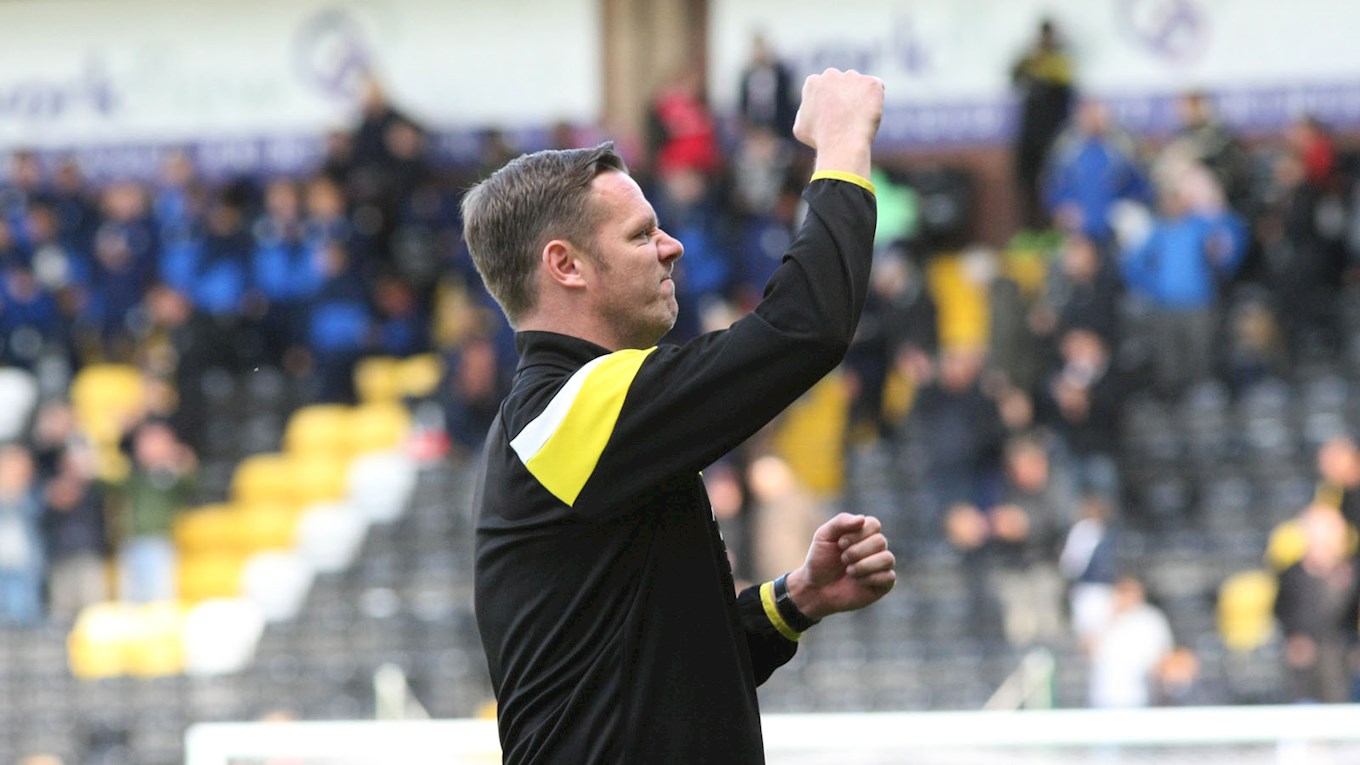 Kevin Nolan has a 54.8% win ratio from 31 games as Notts County manager

Notts chairman and owner Alan Hardy was thrilled to retain Nolan's services, adding: "When I took over in January we were on a 10-game losing streak and had one foot in the National League.

"It has been an incredible turnaround. Kevin has brought real pride, optimism, stability and excitement to this club which has not been seen for many years.

"The key element when I was hiring a manager in January was leadership," he revealed. "We needed someone who was a leader of men and could galvanise the players.

"Kevin's experience as a captain of Bolton, Newcastle and West Ham stood out. As soon as I met him, he oozed confidence, character and passion.

"It was about understanding how individuals work and ensuring you get the best out of them. Kevin was outstanding in that regard.

"We are mindful that we still have a big job to do. I have to keep the staff in the office motivated and committed while Kevin has to keep the players grounded.

"I am delighted to have agreed a three-year contract to allow Kevin to take the club forward on a fabulous journey.

"Who knows where we will be at the end of those three years?"