The international sports communications consultants are celebrating being Notts' first 2017-18 shirt sponsor by running a special free competition for each of the opening five League Two fixtures.

To enter, supporters must wear a Notts replica shirt emblazoned with the Macesport logo and be photographed in the crowd by a club photographer.

Photos will be posted online and one lucky winner will be chosen at random. The prize is a match-worn Notts shirt from a player of their choice who will personally present it to them.

Macesport managing director and Notts board director Paul Mace said: "We want to proactively engage with fans through our sponsorship and this is a way in which supporters can win something quite special and unique, while demonstrating their support and passion for the club on matchday.

"At each league match during August a club photographer will be taking photos pre-game and filing all of these online across club and Macesport social media channels, so make sure you are displaying your replica shirt with the Macesport logo loud and proud.

"Overall there has been a tremendously positive response from supporters to the whole highly innovative monthly club sponsorship initiative.

"This is one small way in which Macesport can give something back to fans as a thank you for their continued support."

Macesport created a bespoke company logo for their sponsorship in the club's black, white and gold colourways, featuring the iconic 1970s single Magpie motif - last worn on the club's shirts in the early 1980s.

All photos of Notts fans wearing their shirts with a Macesport logo will be carried on club and Macesport social media channels. The winner will be announced via social media and the lucky winner will then receive a player's match-worn shirt of their choice directly from the player at Meadow Lane.

Macesport logos will be on the front of Notts' shirts for the following League Two fixtures: 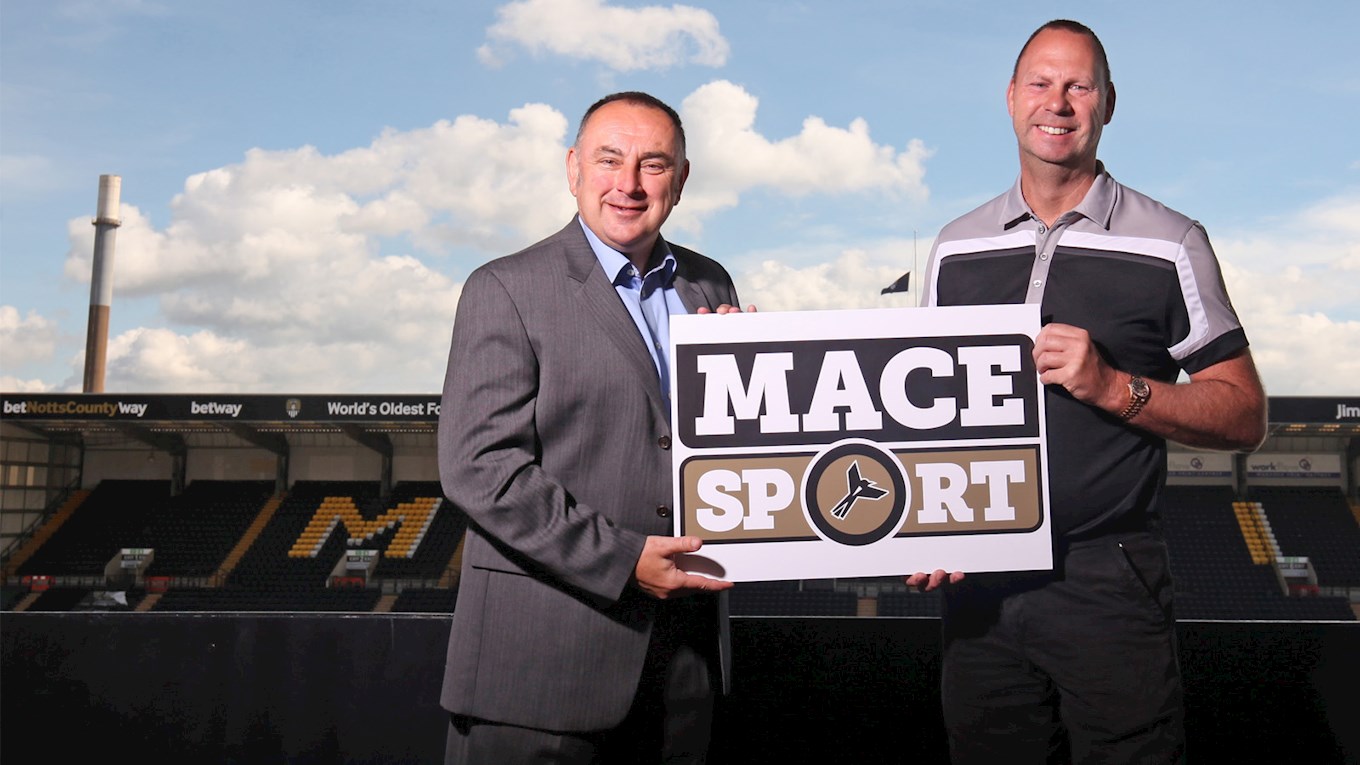