Notts County came from a goal down to win the opening game of their Central League Cup campaign, beating Grimsby Town 2-1.

The Magpies fell behind on nine minutes when Diayang Jaiyesimi slotted the visitors in front but Elliot Hodge equalised on 13 minutes with a smart finish.

Liam Walker's penalty on 68 minutes settled the contest in Notts' favour on a sunny afternoon at Ilkeston Town.

The game proved a useful exercise for manager Kevin Nolan to run the rule over those in his squad who have not had as many first-team minutes as others.

It was young winger Hodge who was first to have a shot at goal, cutting in from the left and firing wide from 25 yards before veteran defender Mike Edwards saw a goalbound header cleared by a crowd of bodies.

Despit Notts' early pressure, the Mariners went up the other end and immediately took the lead. Harry Cardwell twisted and turned, manoeuvering enough room to crash a shot off the bar from 20 yards. The rebound fell kindly for Jaiyesimi, who slotted into an unguarded net. 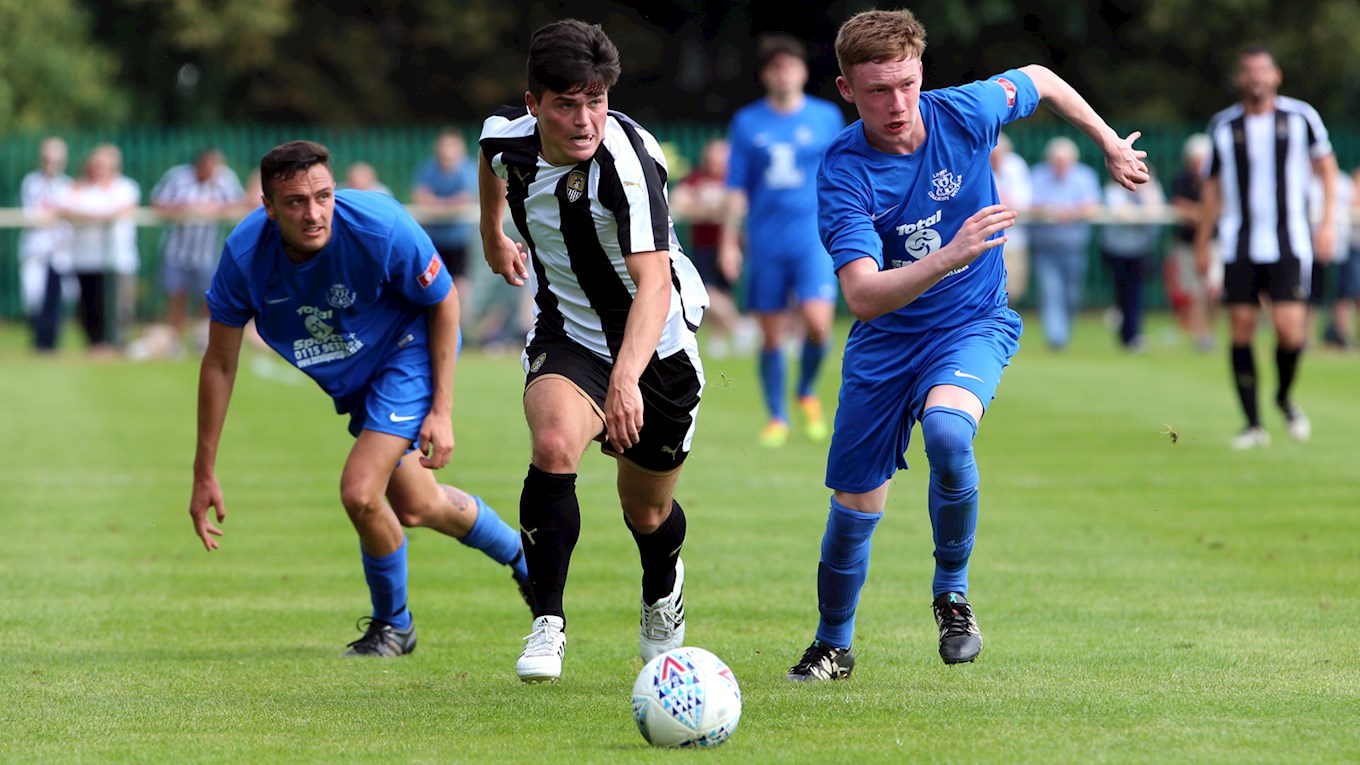 Andre Olukanmi went close with a low, deflected effort from 25 yards before a neat move saw Notts pull themselves level.

Walker's clever pass with the outside of his boot set Hodge scampering clear to prod past onrushing goalkeeper Ben Killip and equalise.

The goalscorer almost turned provider minutes later but his low cross was slammed over the bar by Callum Saunders from 14 yards out.

Walker dragged a shot wide from the edge of the penalty area to end the first half as the sides went in level at the interval.

Notts were grateful to Pindroch for keeping them at a stalemate as he saved well from Jaiyesimi, who dispossessed Hollis and raced clear one-on-one with the Slovakian stopper.

But the Magpies would take the lead midway through the half when Saunders was fouled as he advanced into the area. Walker took responsibility for the penalty and sent the goalkeeper the wrong way.

Despite late pressure from Grimsby, Notts were able to hold out for three points heading into their next Central League Cup game against Burton Albion in three weeks' time.