Ryan Yates was thrilled to be Notts County's matchwinner as the Magpies beat Barnet 2-1 at Meadow Lane.

Notts had taken a first-half lead through Shola Ameobi's header and Yates later got in on the act, rising highest to nod in Matt Tootle's cross.

Simeon Akinola's goal led to a nervy finale but Kevin Nolan's men hung on to secure a fifth home victory of the season.

"I'm delighted with the three points and my first league goal," said Yates.

"Credit to Barnet - they are a good team and had spells in the game but I thought we dealt with it well. They moved the ball quite nicely at times but we were still in control.

"Luckily I took my chance today and we got the win." 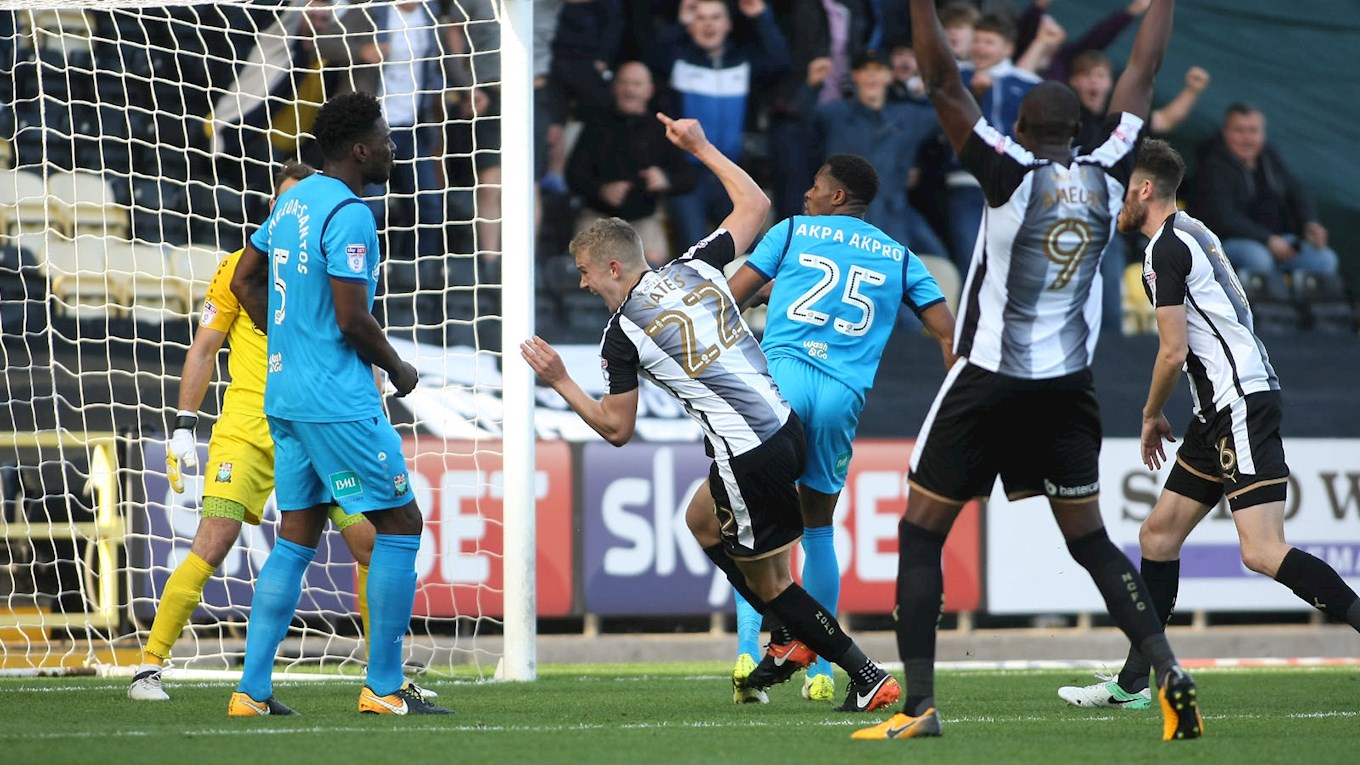 Now two months into his loan spell at Meadow Lane, the 19-year-old is relishing the learning curve of playing senior football on a weekly basis.

"You have to put everything on the line to get the win and we're doing that at the minute, which is great," said Yates.

"I'm not looking at the league table because it doesn't mean anything at this stage. The gaffer wants us to just focus on ourselves. The initial aim was to get to safety and then build from there.

"I'm enjoying my time here. Learning every day from the likes of Shola Ameobi and Alan Smith is unbelievable.

"The boys have been fantastic with me. They know I'm young and raw so they give me tips on how to improve. Playing week in, week out is fantastic and I want to keep that going."