Kevin Nolan has been named Sky Bet League Two Manager of the Month for September.

The 35-year-old guided his team to six wins from seven games in the month, keeping five clean sheets in the process, as they climbed to the top of the table.

The former Bolton, Newcastle and West Ham midfielder has overseen a remarkable turnaround at Meadow Lane since taking on the job in January.

After inheriting a team on a run of 10 successive league defeats, Nolan led the club to safety and has maintained momentum over the summer with some shrewd recruitment, building a squad which has suffered only two defeats in 11 games so far this season.

And the Scouser was keen to ensure the praise and recognition for the award was shared among his staff and players.

He said: "This is an extremely proud achievement for me, my staff and my players, who have all made a massive contribution.

"There's no way I could do this job without Richard Thomas, Mark Crossley and everyone who has supported me behind the scenes. They all thoroughly deserve this recognition.

"I would also like to thank the chairman once again for the amazing backing he has given me, not only this season but since our arrival in January." 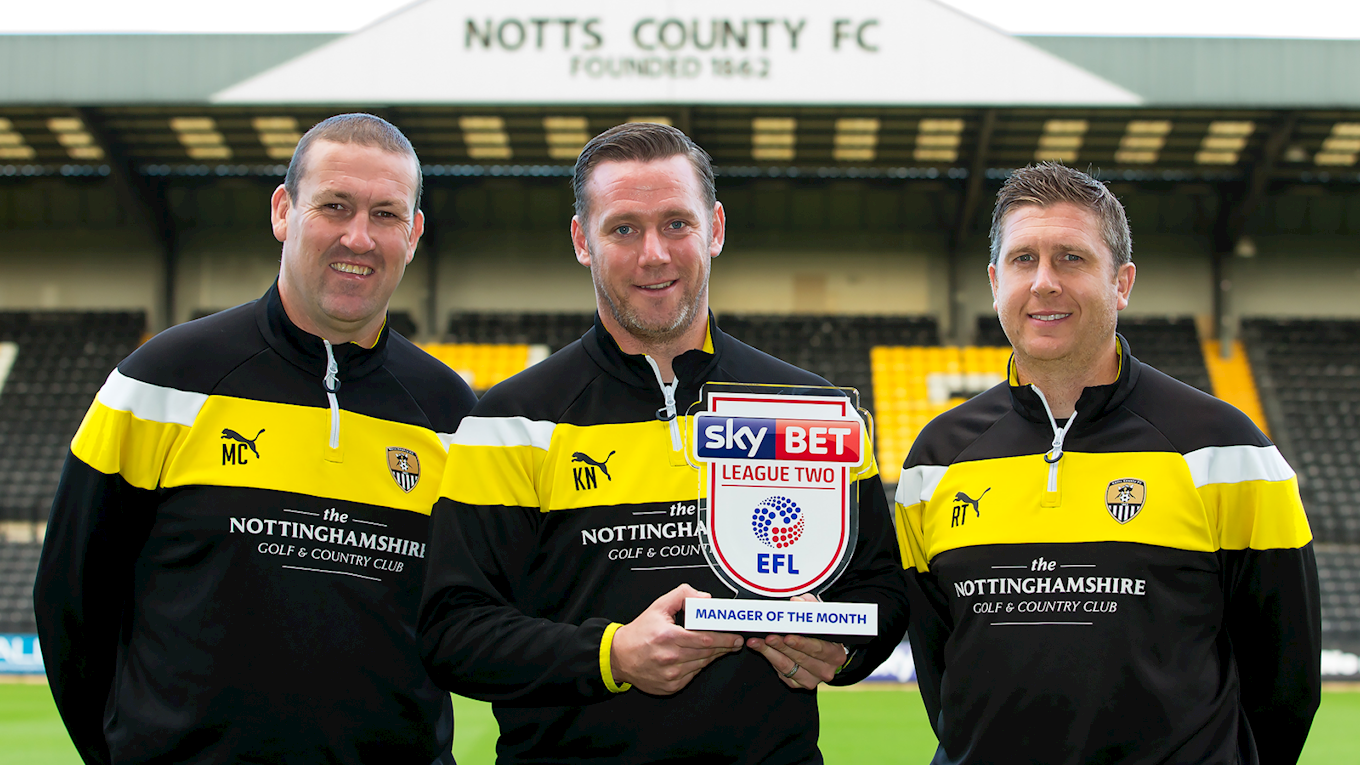