Notts host the Stags in the second match of their Checkatrade Trophy group stage and will use the fixture as a chance to hand gametime to members of his squad.

"There'll be a lot of fresh legs coming in tomorrow so I'm looking for a high-tempo performance with a lot of controlled aggression," said Nolan.

"It's a great game for the lads who haven't had the minutes others have, so they can show me what they can do and that they're ready and waiting.

"It's going to be tough. Mansfield will throw everything at us. It's an opportunity for them to get back to winning ways and it's the same for us.

"We want to use our proud home record to our advantage by winning the game, getting through to the next round and keeping the momentum going." 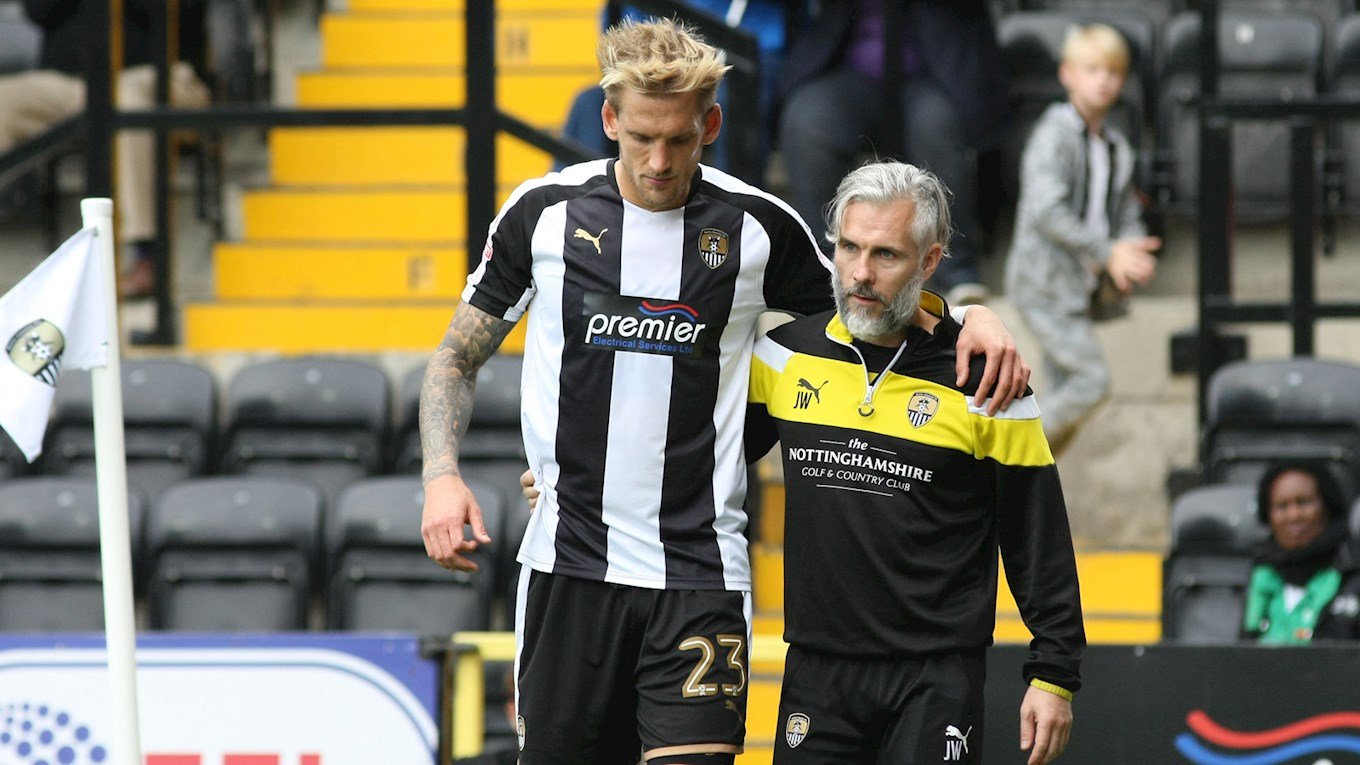 Nolan confirmed that Dan Jones will be in contention to play, although he will be without Adam Collin for longer than first thought after the keeper sustained knee ligament damage against Barnet.

"Disappointingly, he's going to be out for a number of weeks," said the manager. "It could be eight, it could be 12.

"He's very positive and the medical staff will make sure he gets back as quickly as possible.

"It's a bit of a blow, but it's also an opportunity for Ross [Fitzsimons] and Bran [Pindroch] to stake a claim to be number one. That's why we recruited them.

"Adam knows when he comes back he's going to have to be right on it to try and get himself back in the team."