Manager Kevin Nolan described his team’s performance in the 3-0 win over Newport as “magnificent”.

The Exiles saw Dan Butler sent off in the 33rd minute for leading with an elbow on Matt Tootle and the Magpies put their visitors to the sword thereafter.

Jorge Grant opened the scoring with a low finish from 12 yards to give Notts the lead and a quickfire double after the interval put the game beyond doubt.

Grant crossed for Shola Ameobi to slam the ball into the roof of the net before doubling his tally for the afternoon by heading in his 10th of the season.

And Nolan was left grinning from ear to ear post-match after watching his side return to the top of the Sky Bet League Two table.

He said: “I’m absolutely delighted with today. We looked more like ourselves.

“We played at our tempo, dictated the pace from start to finish and made it difficult for Newport.

“There was a bit of anxiety before the red card but we always looked in control.

“You don’t automatically have the right to win the game because they have a man sent off. We had to earn it.

"We managed the game fantastically and the boys made them pay the price for being down to 10 men.” 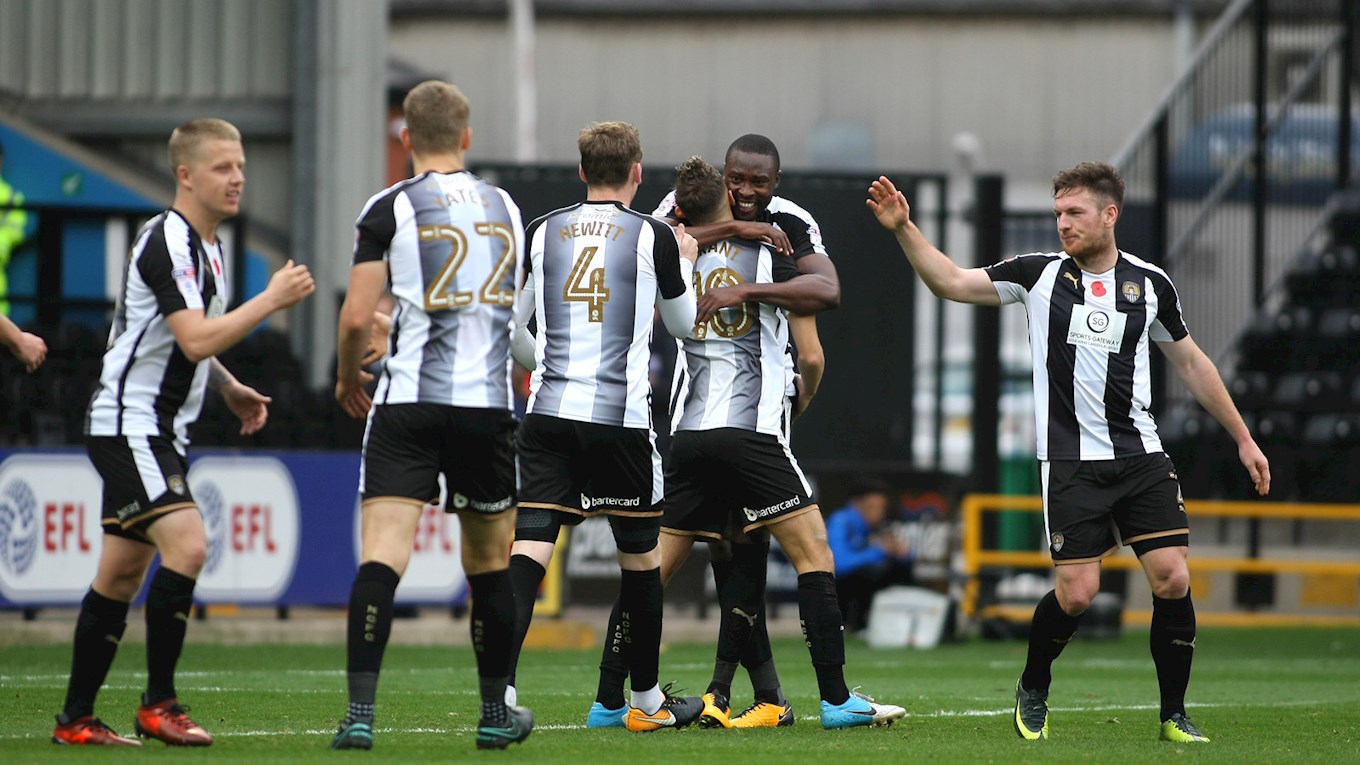 Inevitably, it was the clean sheet – a first in seven games – which was the most pleasing aspect of the afternoon for the former West Ham midfielder.

“I’m delighted with the clean sheet and the goals we scored,” said Nolan. “It could have been six or seven with the chances we created and it wouldn't have flattered us.

“We were back to being solid and ruthless out of possession. They had lots of threats and even when they were down to 10 men, their long throw is a weapon.

"We knew we had to stand up and be counted today and the lads did that. It was a real team effort today.”