Kevin Nolan was impressed with a number of individual performances in tonight's Checkatrade Trophy tie against Mansfield.

Goals from Lee Angol and CJ Hamilton gave the Stags the win, leaving Alan Smith's first goal for Notts as a mere consolation.

However, the manager was full of praise for his former Newcastle United team-mate.

"Tonight I learned that there are players who are ready and waiting for their opportunity," he said. "A couple have taken a lot on board and are getting better, so that was pleasing.

"I also learned that Alan Smith can score for us! He was great and that's what you're going to get from him when he plays.

"He still has the hunger and desire but unfortunately his legs won't allow him to complete 90 minutes as much as he would probably like to.

"He took his goal really well but that's what we expect of him when we put him up front because he has been doing that all his career.

"He's played in a deeper role during his time here but I have told him he's a forward again now so we expect him to chip in with a couple of goals here and there." 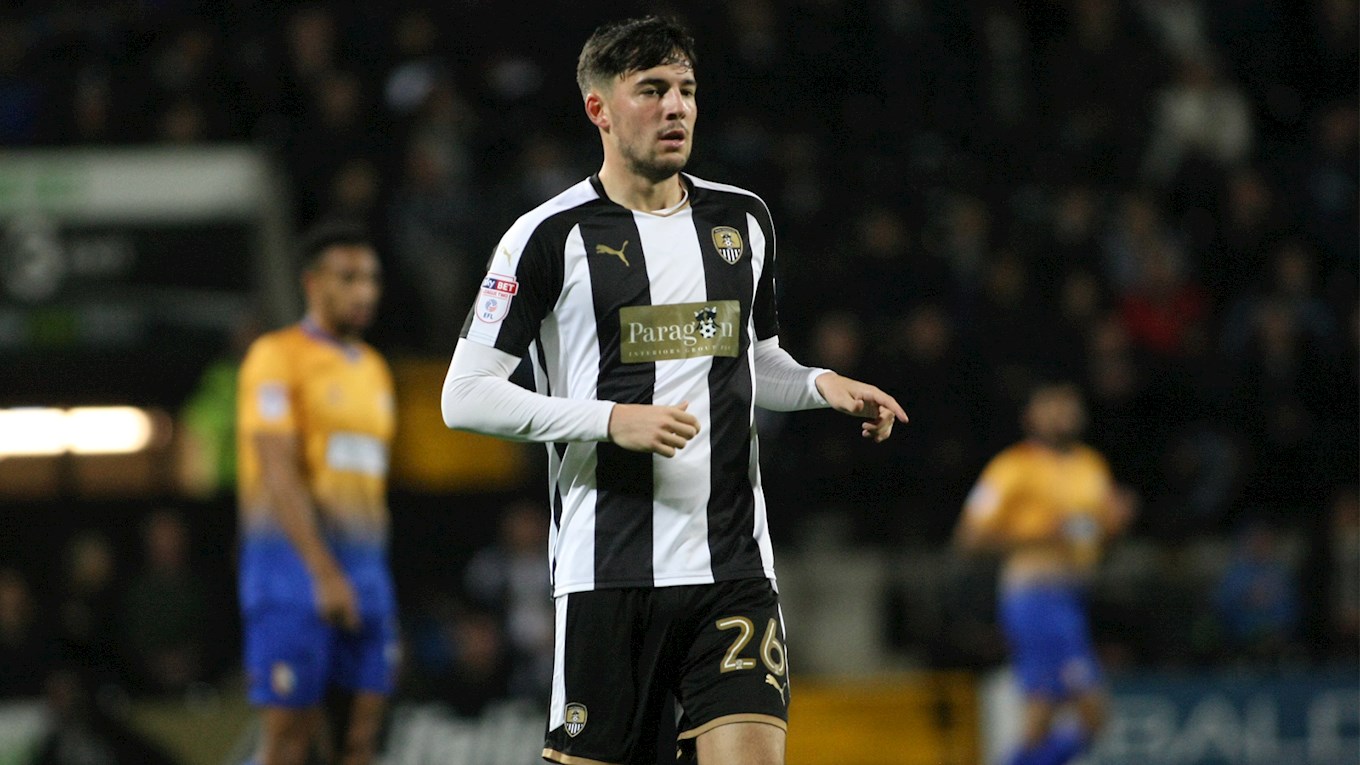 At the other end of the spectrum, Callum Saunders and Elliot Hodge both caught the eye with their displays.

"I thought they did really well," said the manager. "I was pleased with both of them.

"Callum led the line well and ran the channels, showing what he's all about. He was probably unlucky not to get a couple more chances but he'll get better the more we work with him.

"Elliot did well in, particularly in the first half; he did a lot of good things.

"When you have two young lads who are decent, hungry and have pace, it excites crowds so I was delighted for them and they should be pleased with what they put out there tonight."