Rob Milsom was relieved to earn Notts County a point with his first goal for the club.

The midfielder's header deep into stoppage time at the end of the second half squirmed through the gloves of Forest Green goalkeeper Sam Russell to salvage a 1-1 draw.

And the 30-year-old admitted the Magpies were below-par, but looked to take the positives from coming away with a draw.

"It was an important goal and we needed it because we didn't have the best of performances," he said. "I'm glad we've got something out of the game.

"We rightly got a kick up the backside at half-time because it wasn't good enough in the first half.

"We've set ourselves standards now and we can't drop off. We had a poor result last weekend and needed to make amends today.

"We weren't brilliant in the second half either but we kept going and hopefully that point can mean something come the end of the season." 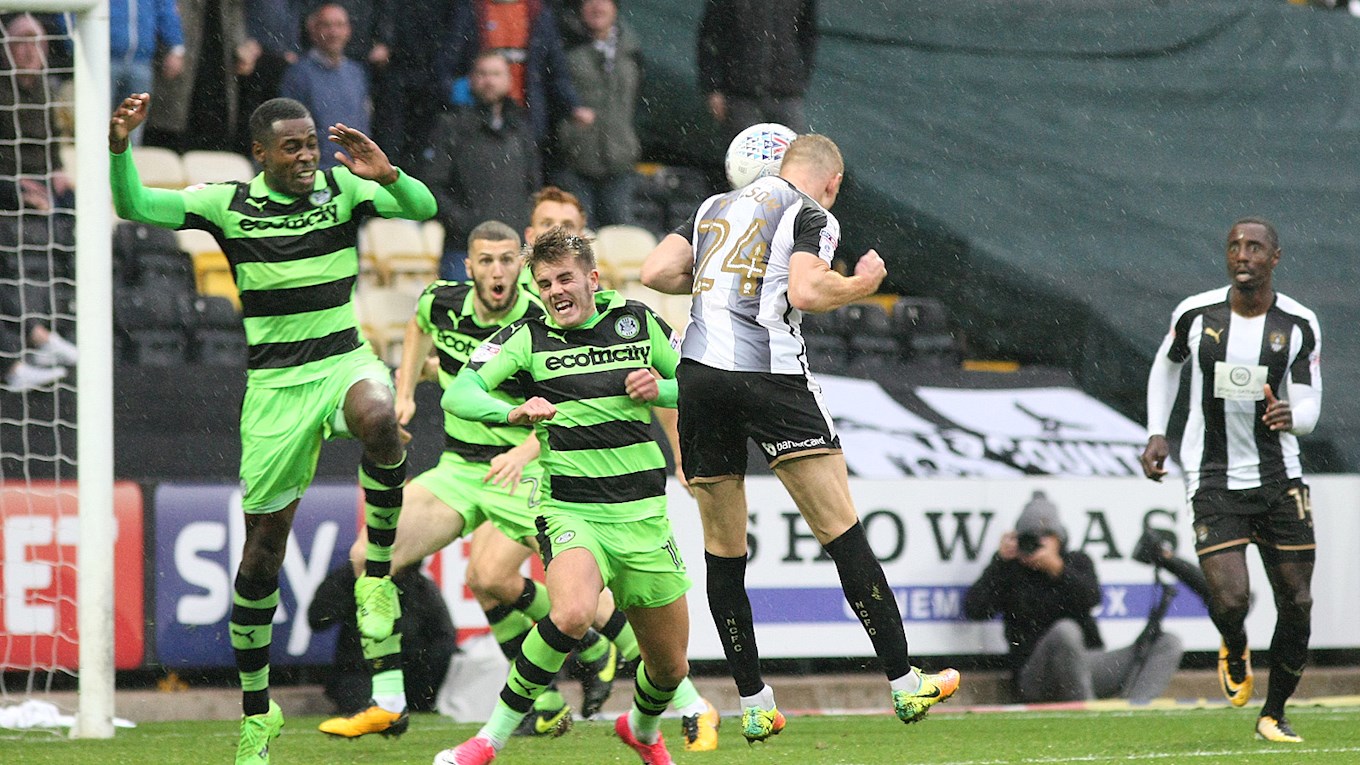 While Milsom conceded the team did not play well, he did admit it was a good habit to still pick up a point despite their indifferent display.

"It's just about grinding results out – clean sheets are very important, as is going to the end," he said.

"I lost count of the amount of times at Rotherham when we scored in the last minute of games to pick up a draw or a win.

"We've got a great team spirit and we went right to the end. If you keep pushing, you will get the goal and that's what happened.

"We have to try and rack up as many points as we can until Christmas and we can assess things from there. We aren't getting ahead of ourselves.

"The gaffer has said we will work hard in training this week to put a few things right so we can come back and put in the type of performance we were putting in a few weeks ago."