Jorge Grant was thrilled to be back among the goals in the 3-0 win over Newport County at Meadow Lane.

The midfielder took his tally for the season in to double figures with a brace against the Welsh side and provided the assist for Shola Ameobi’s goal.

It was a productive afternoon for the midfielder and he was pleased to be back on the goalscoring trail once more.

“I’m really happy,” he said. “It’s been five games without a goal so it was good to get three points and a clean sheet.

“We were ruthless in front of goal. We came in with an attitude of ‘We’re not going to lose this game’ and maybe in the last few weeks we have let teams come on to us - but it was the opposite today and it was proved in the final score.

“We were confident. We’ve been working on being calm and composed around the box in training and picking out the final pass. We could have had a lot more than three goals.” 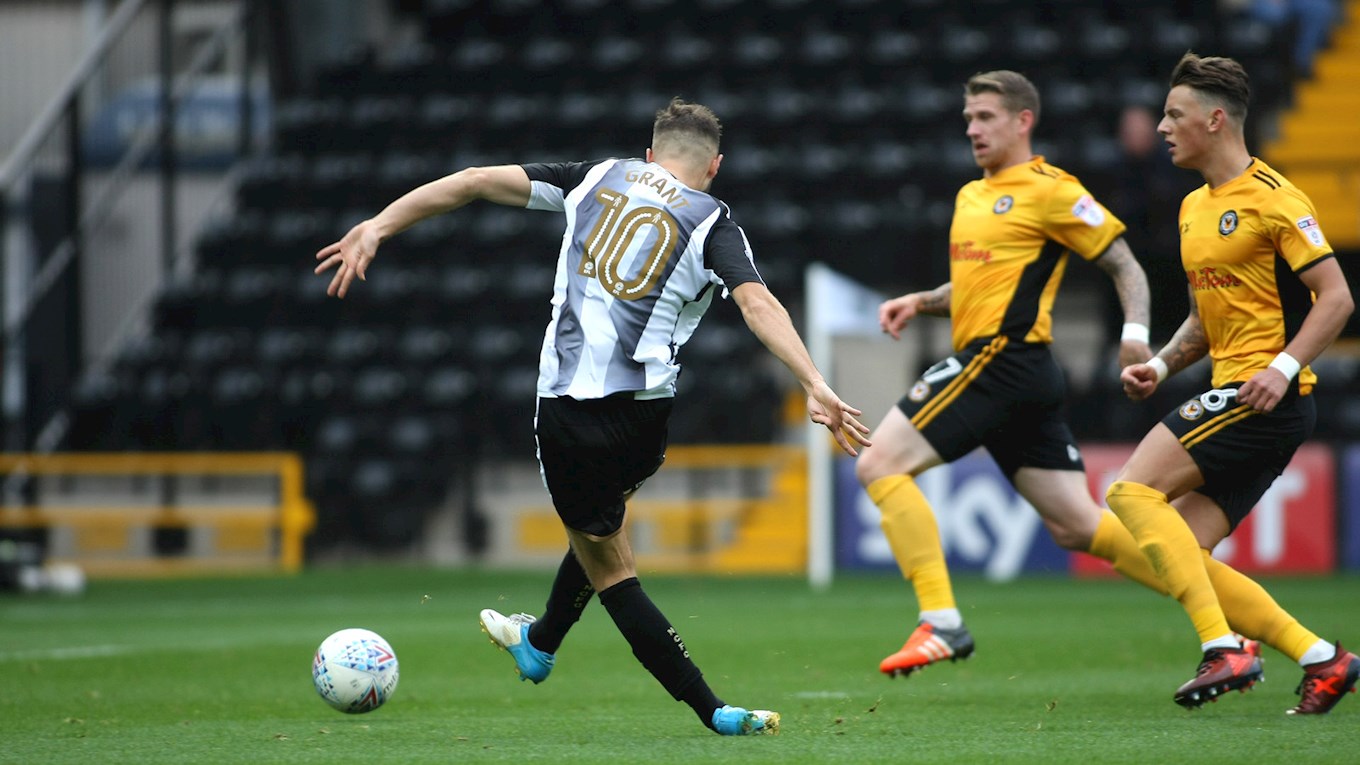 Grant’s goals were his first in over a month and he credited manager Kevin Nolan - and his father - for helping him get back to his old self.

“The day after every game I watch it back and go through it with my dad, seeing what I could have done better or differently. I criticise myself quite a lot.

“I have high expectations of myself so that’s why I beat myself up about certain things but the manager has given me little pointers and told me to go out there, express myself and enjoy myself because I am a better player when I do that.”