Carl Dickinson says his attitude and application have paid off in his bid to reclaim a starting berth.

The defender was not named in the matchday squad for the 3-0 defeat at Coventry on opening day but has since fought his way back into contention, claiming the left back position after Dan Jones suffered a hamstring injury against Lincoln City a fortnight ago.

And Dickinson believes the way he reacted to the manager's decision was crucial.

"It has been frustrating at times," he admitted. "I came back in pre-season and thought I was flying, so to not even be on the bench for the first game was gut-wrenching.

"If you're not picked you can either moan about it and sulk or think 'I'll show you'. I kept my head down and worked as hard as I could to make sure I took my chance with both hands when it came and I think that's what I've done.

"It's unfortunate that Dan got injured but it's up to me now to keep hold of that shirt." 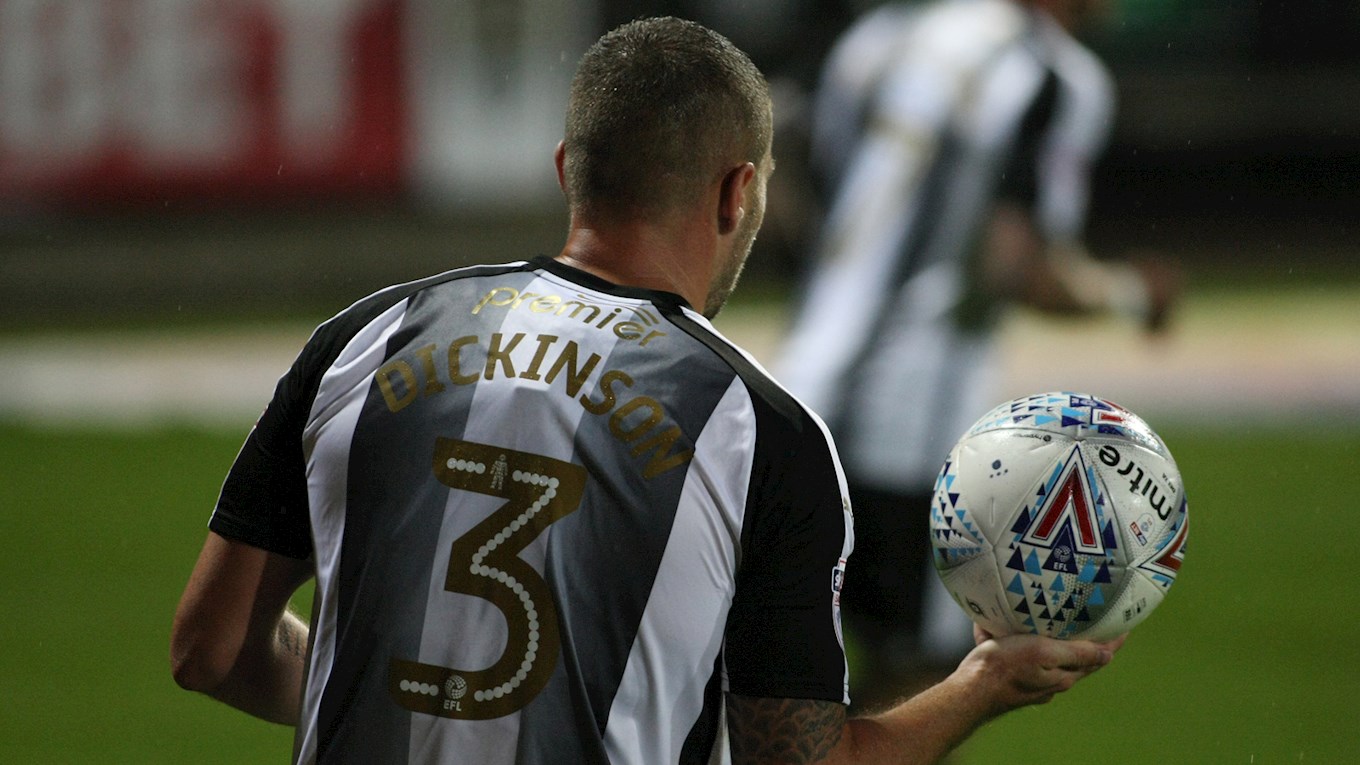 The 30-year-old was disappointed to see Notts' 10-game unbeaten run come to an end with a 3-1 defeat against Mansfield Town at the One Call Stadium last time out, but insists the squad must remain focused on themselves to get back to winning ways against Forest Green Rovers this weekend.

"We know what we need to put right from the Mansfield game," he said. "We're ready for a tough game at the weekend.

"They will be scrapping because they need to get points. We have to deal with what they're going to throw at us and impose ourselves on them.

"Given our home record, teams will come to Meadow Lane and shut up shop a bit. With how we play, we are going to open teams up and create chances, which we have been putting away this year.

"We just have to concentrate on ourselves and what we do. If we do that I am sure we will get a positive result."

Tickets for the game are still available with adult prices set at £10! Click here for more information.