Ryan Yates believes the character of the Notts County squad was evident in their late win over Colchester United.

The midfielder's goal in stoppage time, his sixth of the season, secured a 2-1 win for the Magpies, who looked set to drop two points after Sanmi Odelusi's goal cancelled out Shola Ameobi's penalty.

And the 20-year-old, who celebrated his birthday earlier in the week, said the U's gave Notts a stern test.

"I'm absolutely buzzing," he said. "We dominated the second half and got sucker-punched on the counter for their goal. But to come back and win shows the spirit of the team.

"They were a good side. They did both sides of the game really well. They were winning more second balls, putting it in behind us and making things difficult.

"We came in disappointed at half-time but had some firm words from the gaffer and put in a better performance in the second half." 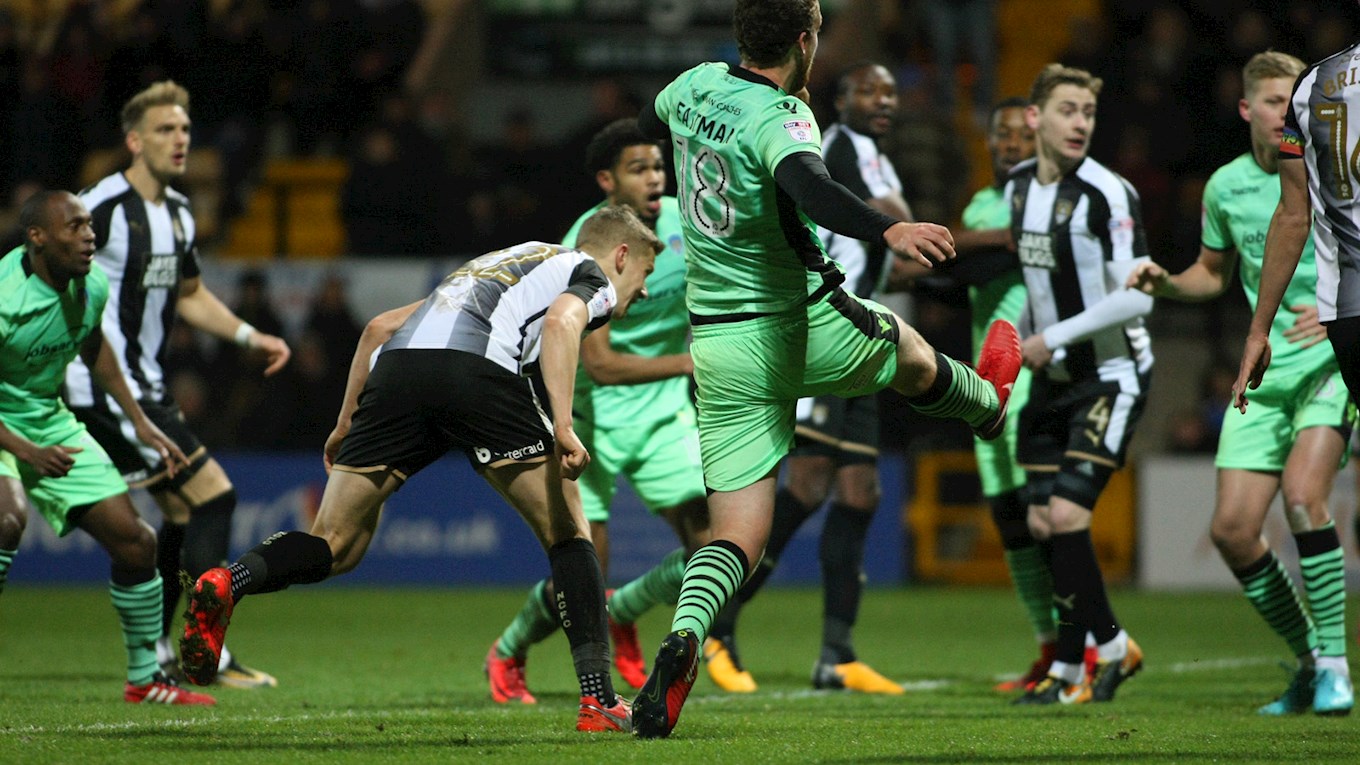 With County conceding the equaliser so late on, it would have been easy for heads to drop.

But Yates always thought an opportunity would come to grab a winner, and so it proved.

"I know the quality in the squad - our attacking players are unbelievable - so there was always going to be another chance," he said. "It fell for me and thankfully I've put it in.

"All credit has to go to the boys. Lewis Alessandra has flicked it on and I was in the right place at the right time.

"Seven points from nine is a good return from the week. With the mentality we have, we're gutted not to have the full nine."

Notts are back at Meadow Lane next weekend, with Oxford City the visitors in the Emirates FA Cup. Click here for tickets.