Kevin Nolan praised his team for going to the end as they ground out a 2-1 win over Colchester United.

Shola Ameobi's penalty had given Notts the lead but substitute Sanmi Odelusi looked to have salvaged a point with his 89th-minute strike.

However, Ryan Yates popped up in stoppage time with a towering header to claim all three points for the Magpies.

"It's a fantastic win," said the manager. "Colchester are a good outfit, they've asked us a lot of questions and taken us all the way to the wire.

"We had to be on our mettle on both sides of the ball. They caused us a few problems but I feel we contained them quite well.

"In the first half they played us really well and we didn't get any momentum or creativity going but in the second half, we dominated and looked more likely to win the game." 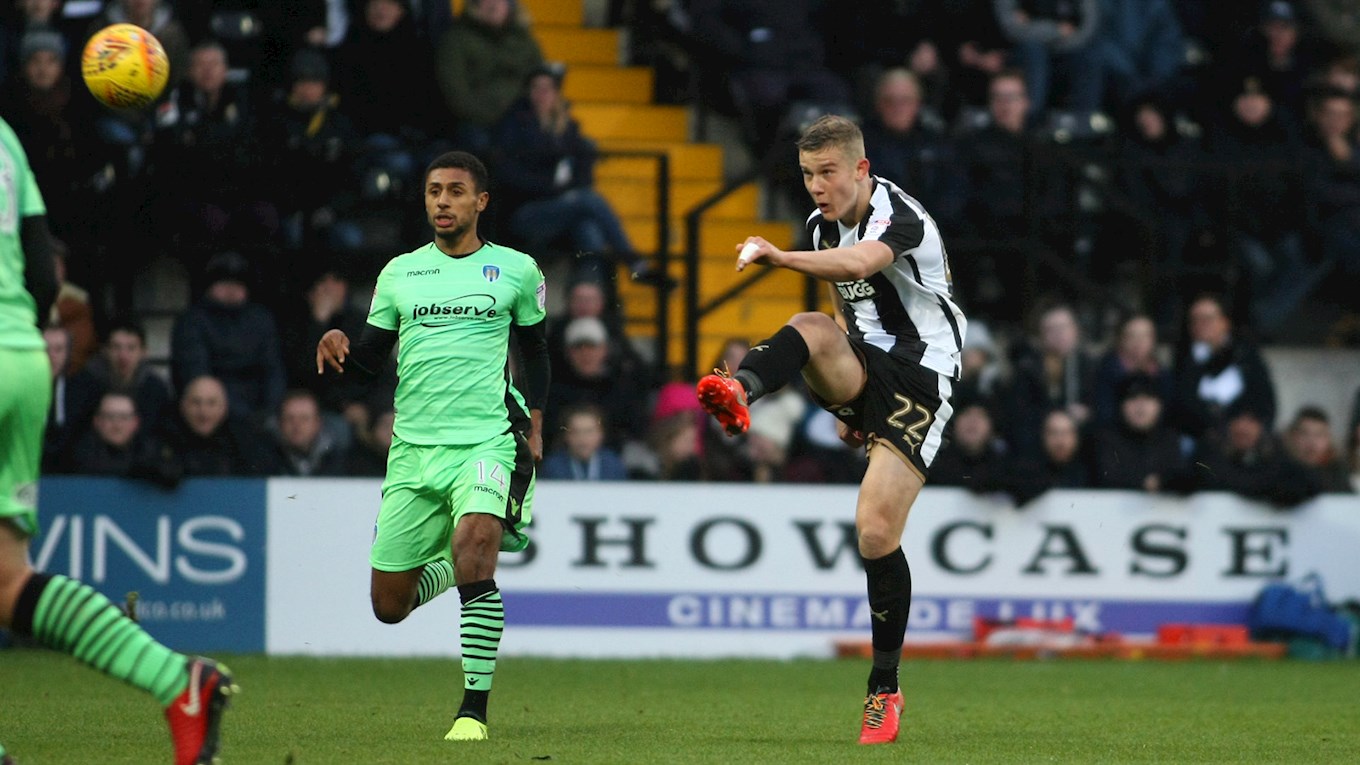 The Notts boss believes the qualities within the squad extend beyond their on-field ability, lauding his men for their attitude and application in games.

"I'm delighted with what they're doing at the minute and I'm sure all the fans are going home proud of them for what they have achieved so far," he said.

"These lads have played three games in a week and you can see how fit they are and how strongly they are finishing games.

"Wherever I have been successful in my career we have never given up and we have always run ourselves into the ground - today was another example of that.

"It shows the character of the team and that's what has impressed me most again. I witness it day in, day out.

"They have shown over the course of the season so far that they have togetherness, a willingness not to be beaten and they don't stop."

Notts are back at Meadow Lane next weekend, with Oxford City the visitors in the Emirates FA Cup. Click here for tickets.