Kevin Nolan was thrilled with some of the attacking football from his side as they brushed aside Cheltenham Town 3-1 at Meadow Lane.

The Magpies took the lead on the half-hour mark through Jorge Grant but Carl Winchester hit back within five minutes to equalise.

However, a quickfire double from Notts in the opening stages of the second half gave Nolan another home win.

Grant's 25-yard free-kick took a deflection off the wall and found the corner to restore the lead before Shaun Brisley's header doubled the advantage just two minutes later.

It left the Scouser a satisfied man come the full-time whistle.

"I'm absolutely delighted with the three points and I thought they were well-deserved," he said.

"You're seeing things which we're trying to recreate from the training ground, like passing patterns, which make the lads feel more familiar when they are in those positions on a matchday.

"They are taking a lot on board. I'm delighted with some of the play in the last few weeks and there's still more to come." 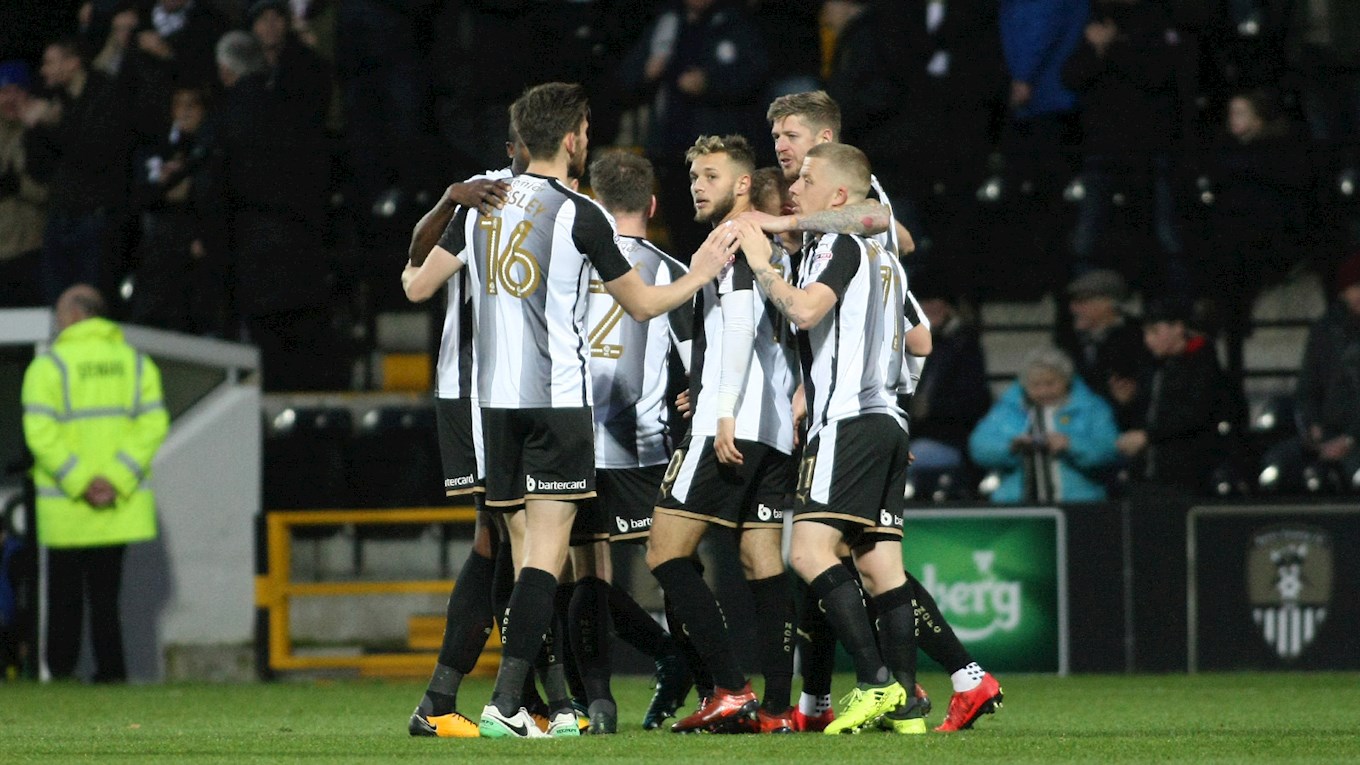 The manager praised the way his men reacted to Cheltenham's equaliser and was keen to ensure focus immediately switches to the trip to Yeovil Town on Tuesday evening.

"They had a couple of chances after half-time which I wasn't too happy about but we got away with it," he said.

"They had a lot of threats, which we dealt with very well. They're a big side who put the ball in good areas, do all the right things and play some good stuff at times. Their goal was excellent, although it was poor from our point of view.

"But the way we responded in the second half was brilliant - hats off to the lads. We now need to follow up that performance with another one down at Yeovil on Tuesday night.

"We're going to have to be at that standard again if we are to get three points."