Jorge Grant was full of praise for Notts County's strikers in the 3-1 win over Cheltenham Town.

The midfielder took his tally for the season to 13 with his fourth brace of the season.

But he was keen to ensure plaudits went the way of Jon Stead and Shola Ameobi.

"Shola and Steady were unbelievable today," he said. "The ball stuck to them and they allowed the midfielders to come up and work off them.

"The set from Steady for the first goal was perfect for me to run on to and hit first-time, so I have to give him credit for that because he's done it twice in the last couple of weeks." 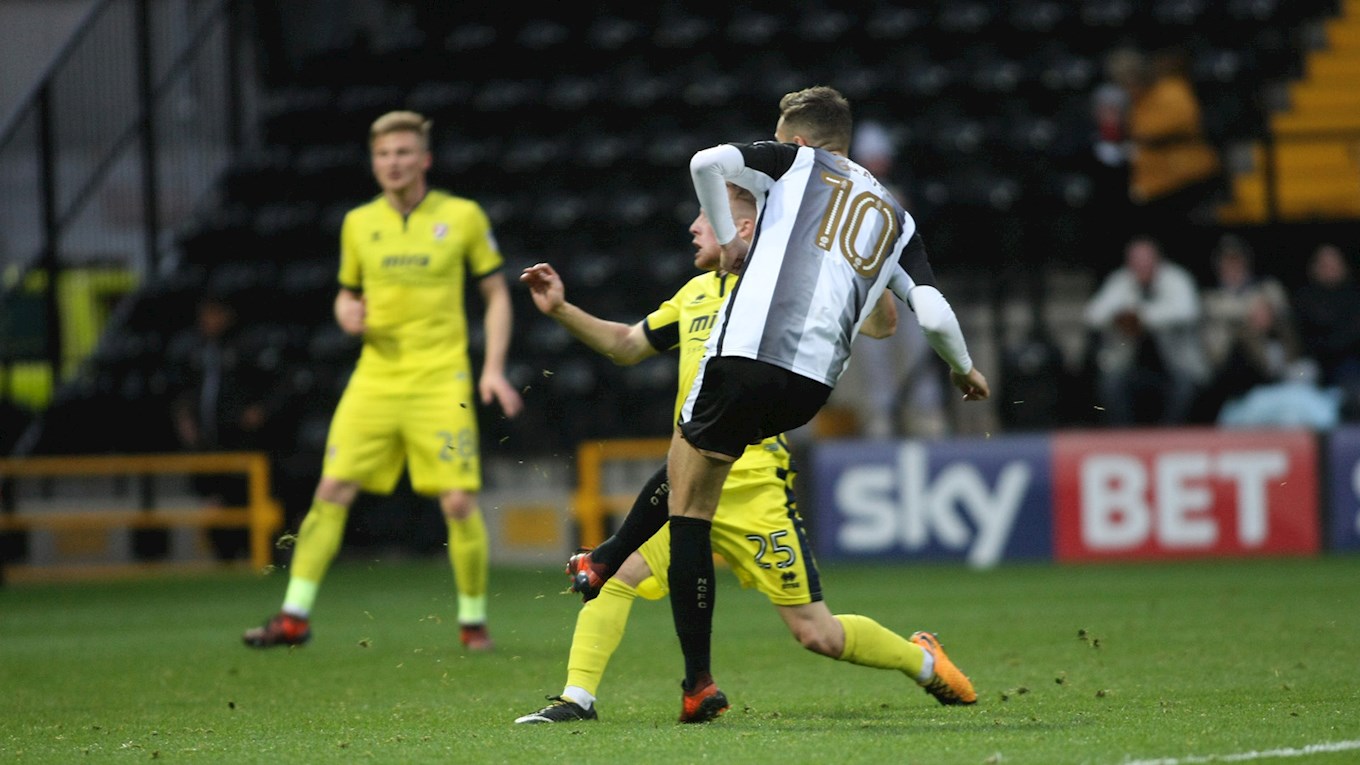 The 22-year-old believes Notts' overall performance was that of a side who are beginning to adjust to life at the top of the league.

"I thought we were good," he said. "They had some spells where they created chances but that's going to happen. We were strong in those situations and got our rewards when we scored.

"We're dealing with the pressure better than we have before and it was another good performance from us.

"Teams know what they're going to get and they have to bring their 'A' game, otherwise they're not going to win."