Ross Fitzsimons has expressed his gratitude to Kevin Nolan and Mark Crossley for the confidence they have shown in him to fill the void left by Adam Collin.

The goalkeeper has become first-choice since the former Rotherham stopper picked up a knee injury against Barnet last month, playing in all but two of Notts' games since.

And he can't thank the management staff enough for giving him his big break.

"I've been close to it before at previous clubs but I have never had the initial break where someone has told me 'Go and play'," he said.

"But straightaway after Adam was injured the manager said 'I want you playing' and put his belief in me.

"I owe so much to the manager and his staff - they could have brought in a goalkeeper on an emergency loan who has played 50 games or more.

"But their backing has done my confidence the world of good.

"I'm getting belief in myself and I think this is one of the happiest times in my footballing career." 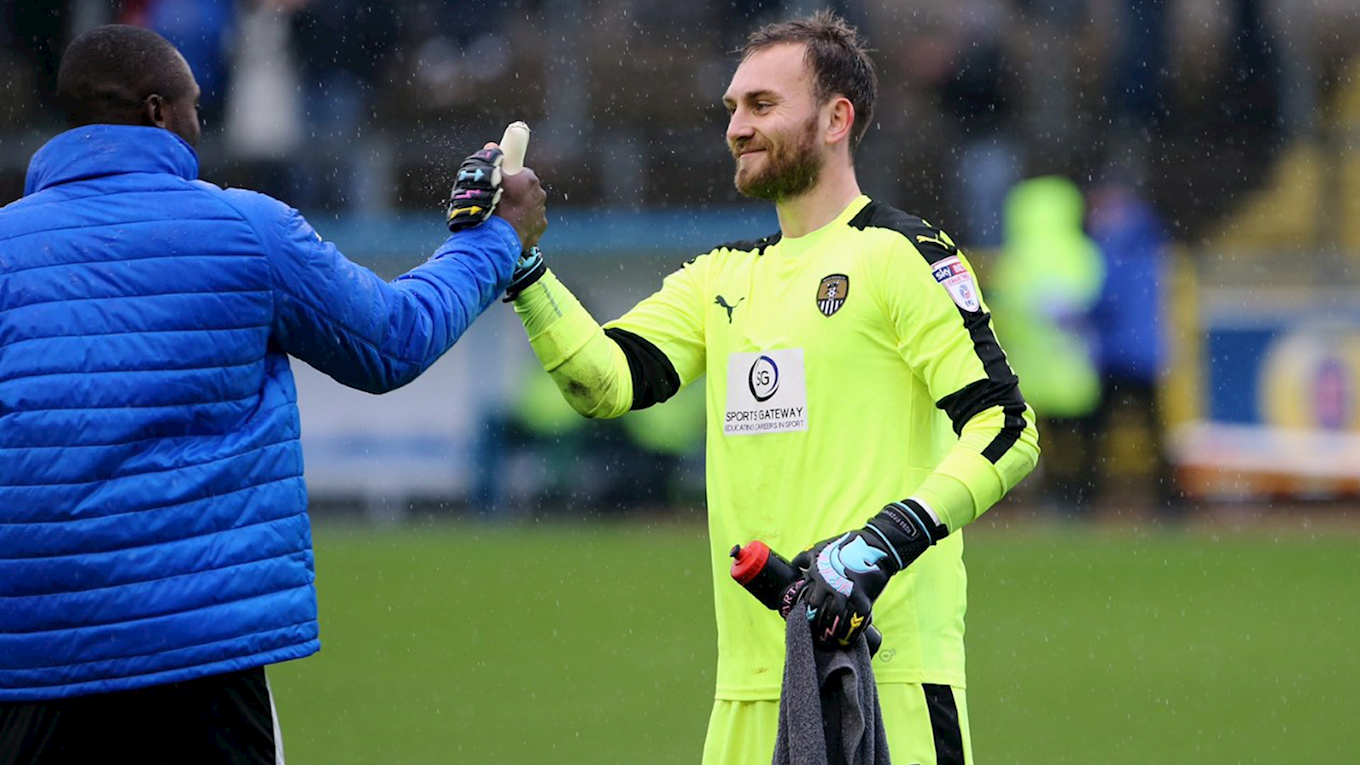 It's a stark contrast from his days playing part-time when he spent his time away from the field working with his brother on a building site.

Those experiences mean the 23-year-old is determined to make the most of this opportunity in the professional game.

"My brother was working on an extension on his house, so from 7am - 5pm from Monday - Friday I was digging holes and getting bullied around on a building site by him," he laughed.

"It puts things into perspective - if you do get the chance you can't take it for granted because you don't want to be throwing piles of timber up a scaffolding frame - eventually it takes its toll on your body.

"I went through a period when I didn't get enough rest because I was constantly going up and down ladders. I was struggling.

"Eventually I took time away from working to put my effort back into where I want to be and, luckily, it paid off.

"I feel like I've won the lottery to get this opportunity."