To many, football is an art. But what about when football becomes art? Luke Williamson, a local artist and Notts County fan, spoke to us about his project on the Magpies.

Born in Nottingham and raised in the Meadows, Luke started coming to Meadow Lane in the late 1980s, seeing his heroes Tommy Johnson and Mark Draper play an integral part in two promotion successes under Neil Warnock.

A keen musician with a love of the 1960s, he decided to combine two of his other loves in life, Notts County and art, to decorate his home and things have progressed from there.

"The artwork started out as a hobby for my own benefit around 18 months ago," he said. "I had spaces on my walls at home so I filled them with random prints and designs which I made.

"Soon enough, people were saying 'You could sell these' and that's where the idea for Luke Williamson Art came from."

Luke's influences come from all styles of art, including the famous artist L S Lowry. It has helped him develop a unique style which, when looking at his work, makes it instantly recognisable.

He said: "I like pop art so it could be said I like simplicity in my work. I like Art Deco prints too. There is a simplicity to them but they also capture the feeling of an image or an area.

"I have tried to do something similar by making prints of cities I have visited like Liverpool, Berlin and Vienna, which I have in my hallway. They are very Art Deco style.

"My wife and I have done a lot of travelling and everywhere we have been I have tried to capture something to sum up the place in one picture.

"It can be difficult with how vast some of these places are - how can you sum up a city like Liverpool in one picture? - but I like to think I have done them justice." 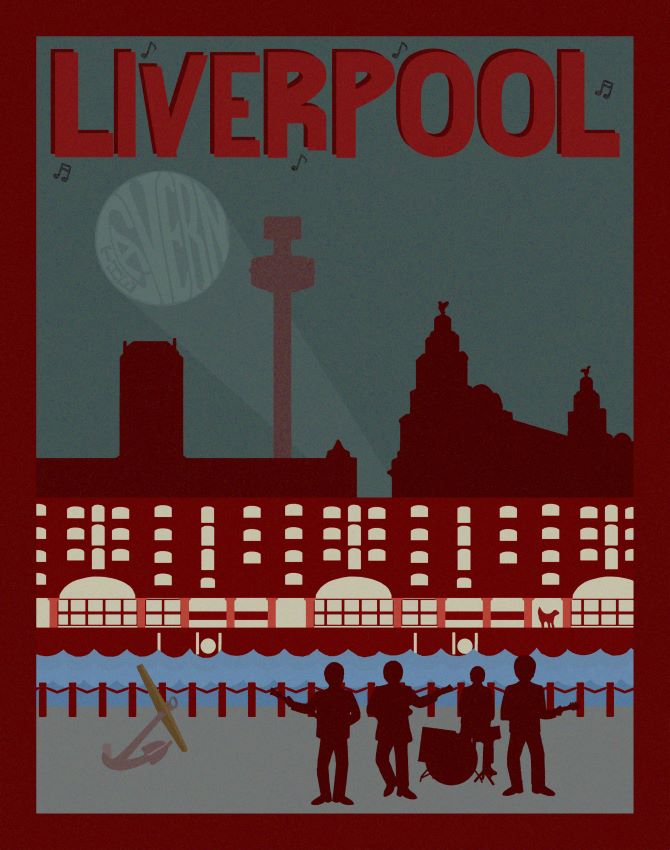 Luke's art is most definitely a labour of love, particularly when you consider the hours he devotes to a single piece.

"I'm getting quicker but my print of the Kop against Mansfield took upwards of 120 hours and the detailed prints with large crowds can easily take more than 100 hours," he revealed.

"I spent three or four hours a night working on the Kop print as well as any other spare time I had. I'm starting to find ways to do things in a cleverer manner.

"Although it's done on a drawing pad, all of the work is done digitally so it goes straight on to my screen. It is easy to rectify any mistakes which is one of the advantages."

Doing the artwork digitally, Luke says, has been like learning a new skill which brings its own challenges.

"Forgetting to save my work is a big one," he said. "I remember spending eight hours on something only to lose it because my computer crashed. I learned from it and save at regular intervals now!"

Luke's current project is a Notts County A-Z which is due out soon and has gathered some traction among Notts supporters on Twitter.

"The individual pictures for the A-Z can take only an hour or two so I can drop in and out of it a lot easier, which puts a lot less stress on my personal life.

"Listening to feedback, I may end up doing A-Z series from different eras. Some people will always vote for the player from the 70s in the polls I run because that's who they watched when they were growing up as a boy and they were their heroes; there's an emotional connection there."

Despite being a Notts fan, it is a piece of Derby County artwork which has brought Luke the most success. 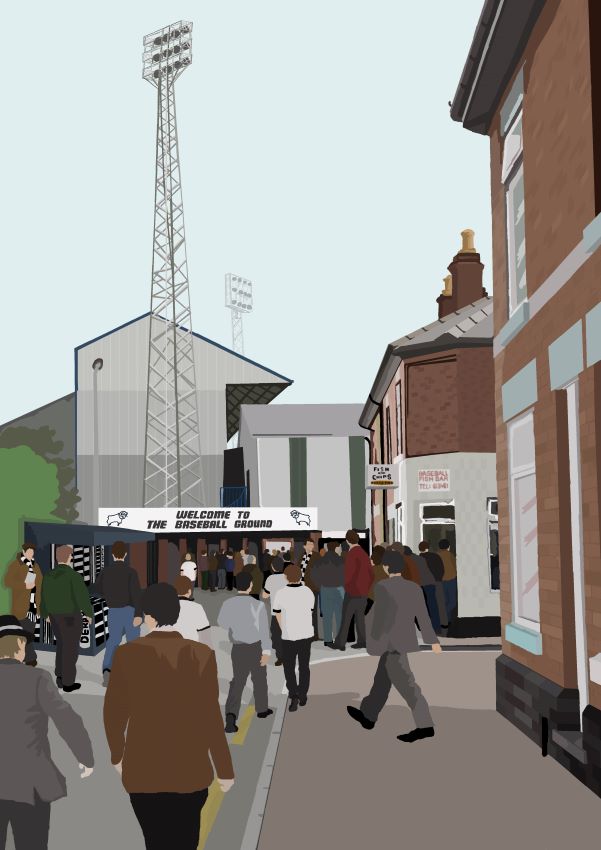 "My print of the Baseball Ground has been my bestseller," he said. "I think it may be because the ground is no longer in existence so there is a nostalgic feel to it.

"I even did one of the City Ground because I have a lot of friends who are Forest fans. I want to try and make a living out of my artwork so you need to set tribalism aside sometimes!"

Putting his work in the public domain through social media was a daunting prospect but Luke has been pleasantly surprised and pleased with how well it has been received.

"I was apprehensive to begin with because people on social media nowadays can be very cynical but I knew what I was getting myself into," he said.

"If you put something out there, you will have put so much time and effort into it and made sure it is your best work so the last thing you want is for someone to tear it apart.

"But if someone comes back to me and says they don't like my work, I have to take the criticism because it's part and parcel of the creative industry. If you are not willing to accept the criticism then it's probably not for you.

"Thankfully the response has been really positive. Those who give me feedback are likely to be the only people who are going to buy my work so, to some extent, I will listen to them and be open-minded, but without allowing their opinion to change my style or how I work," he added. 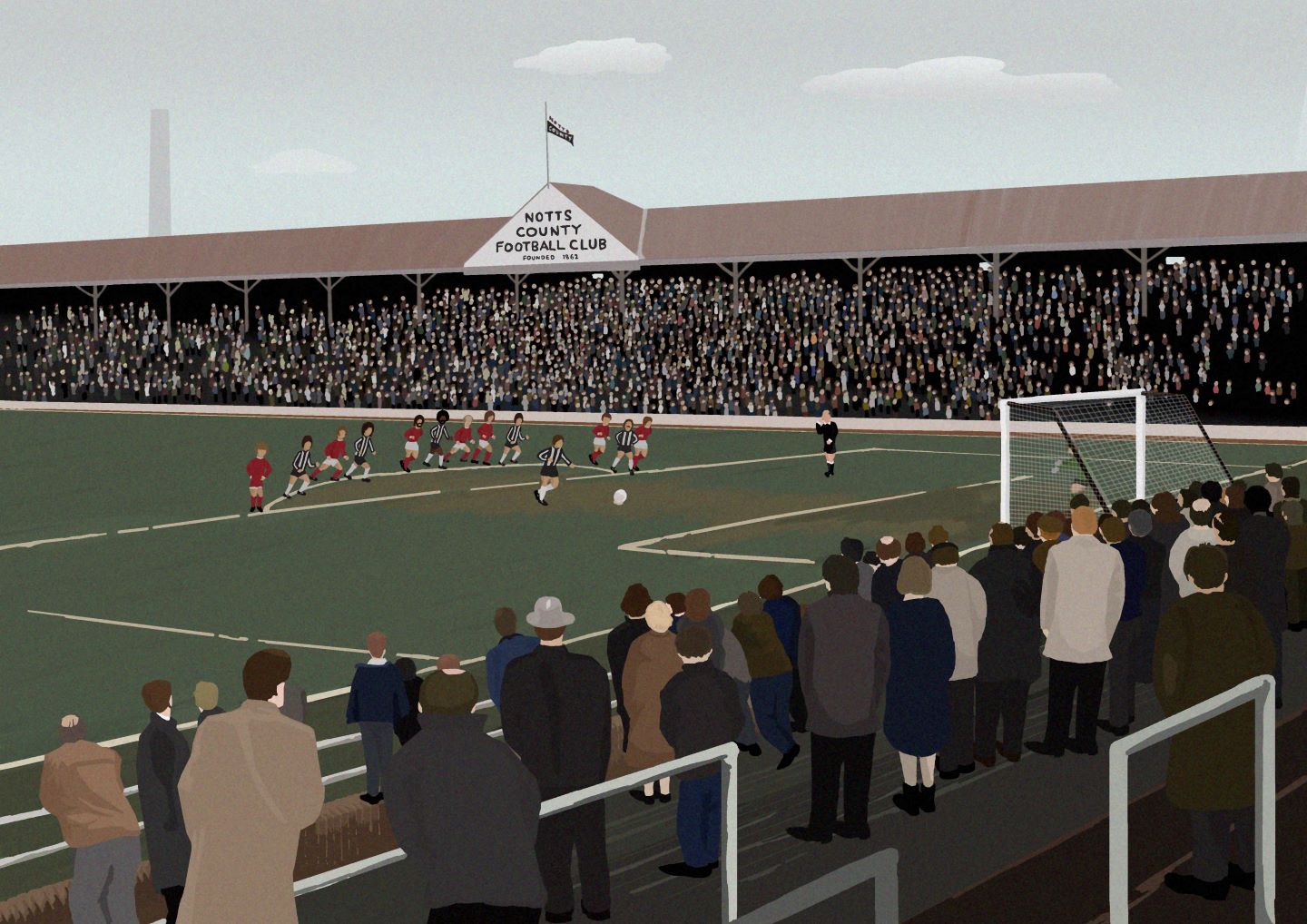 Once he finishes the A-Z series, Luke will be looking for a new project and a new challenge and, although he is keeping his options open, he is willing to be selective about his work.

"Sometimes a suggestion from a fan can spark a new project," he said.

"I am open to commission work and I have recently been contacted in that regard, although there are some I say no to because I either don't feel I would do it justice or I am just not interested in the subject.

"If you are going to invest more than 100 hours into something, you need to be interested in it or have some sort of emotional attachment. The minute it becomes a grind to produce the artwork is when it will feel like a proper job rather than a hobby." 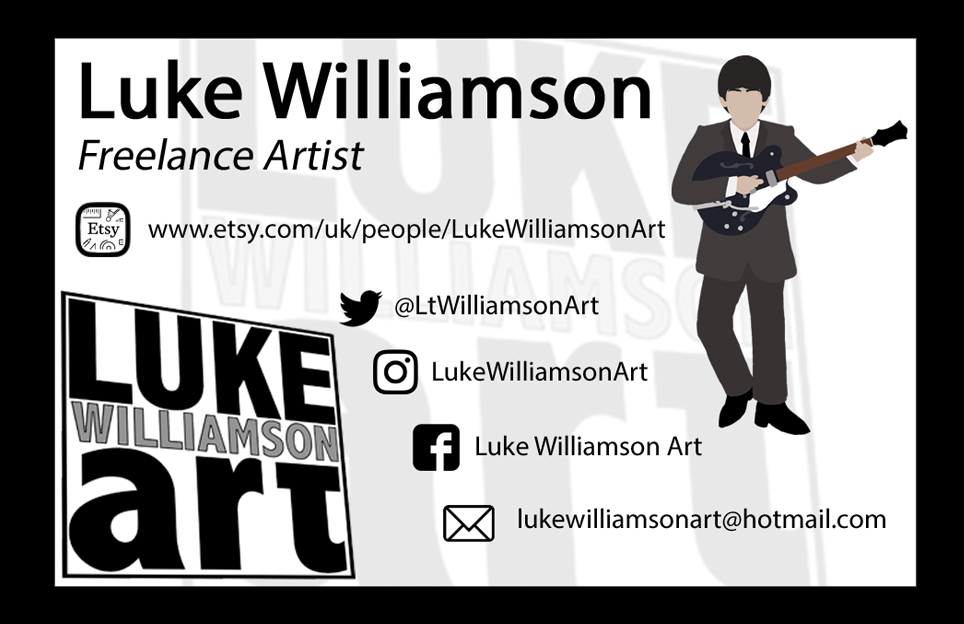